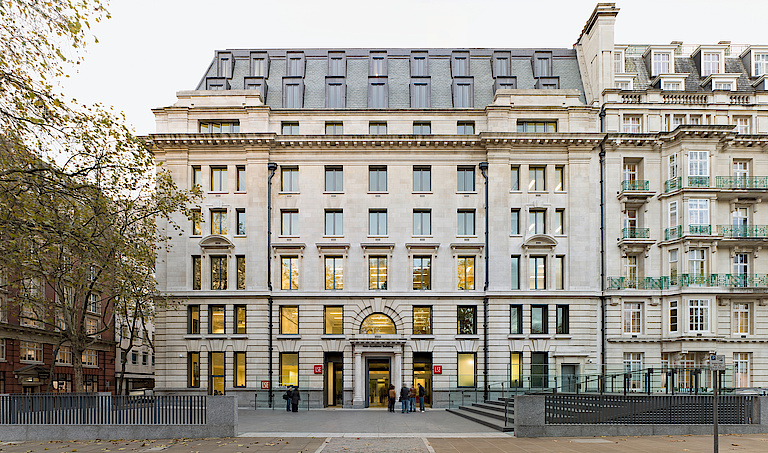 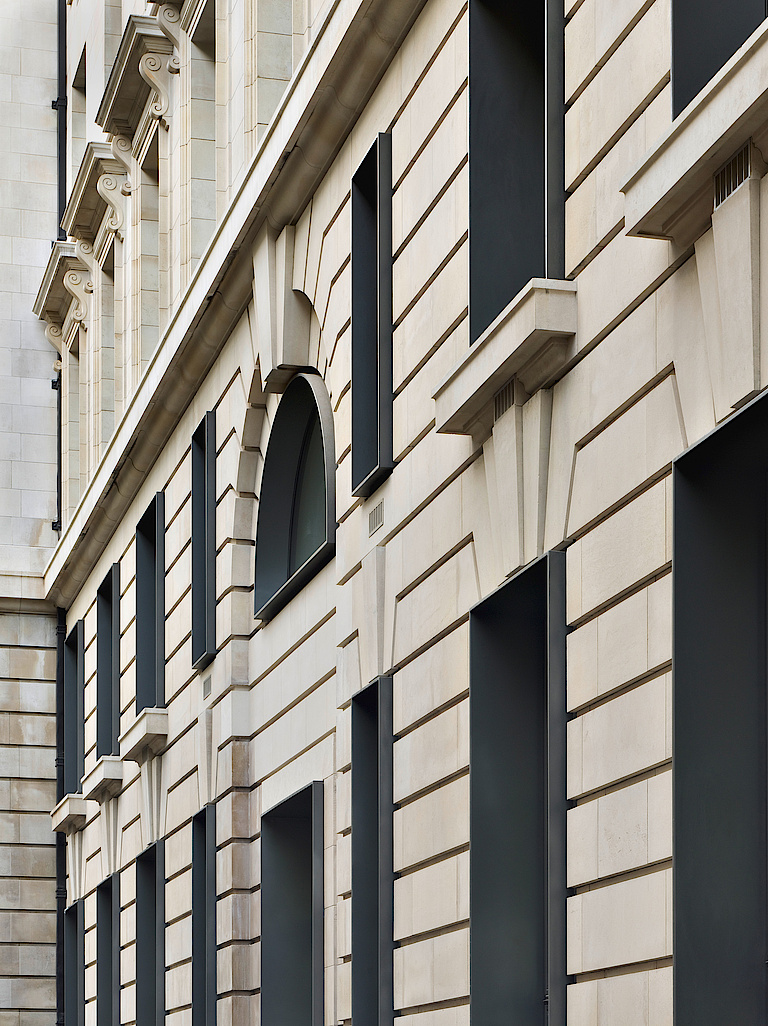 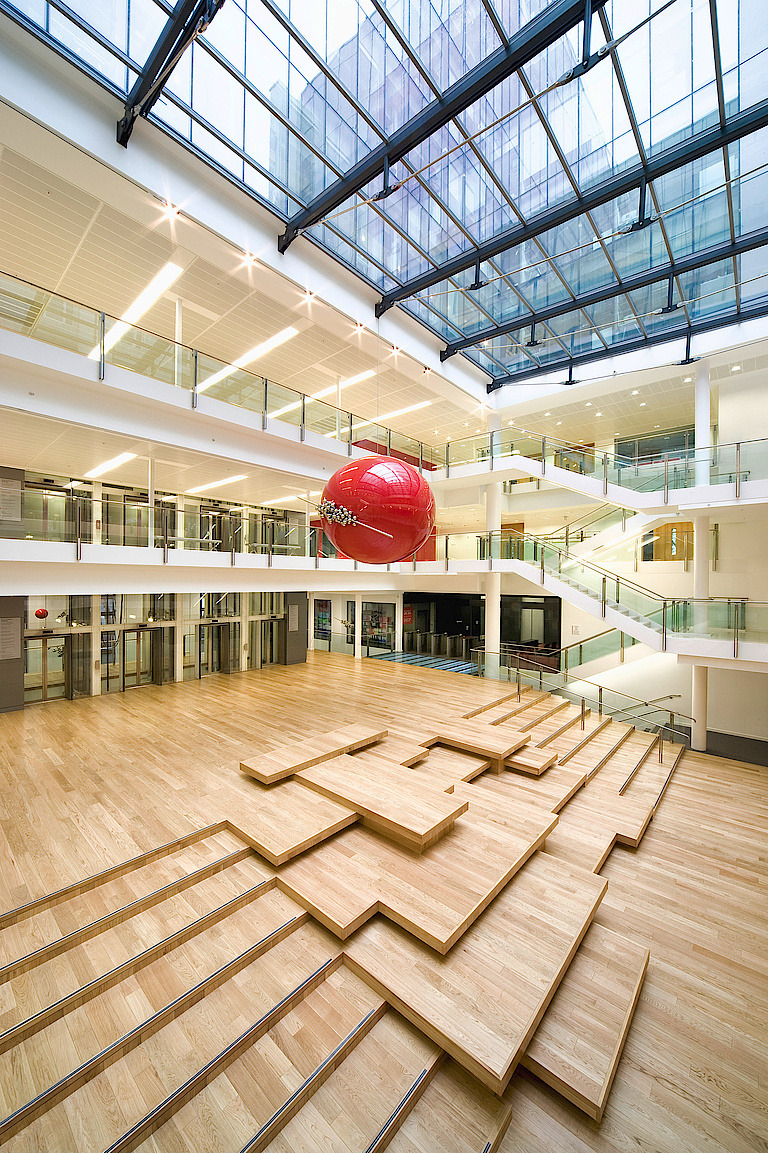 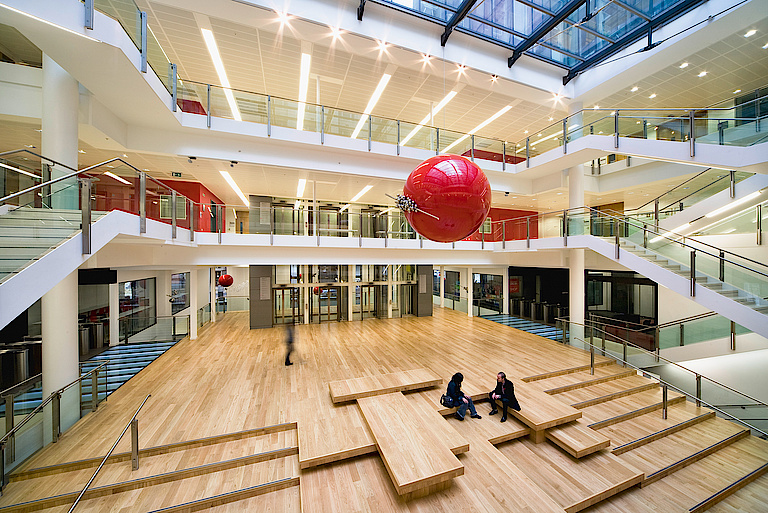 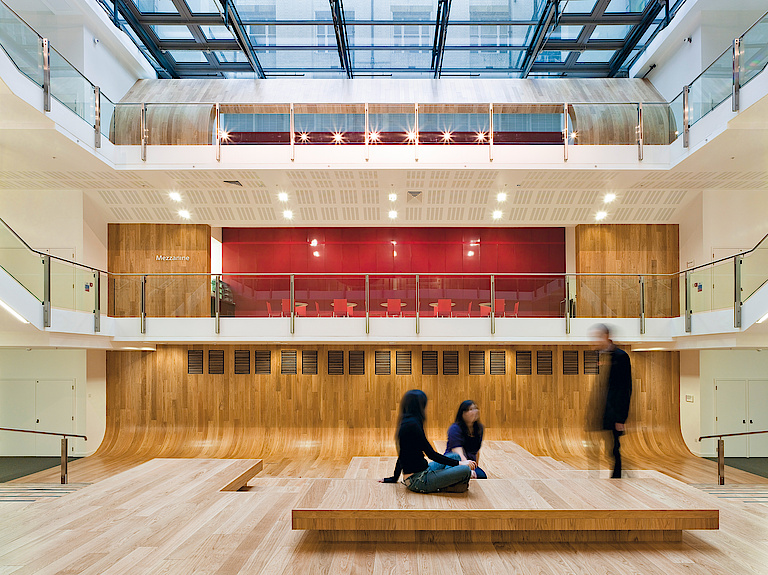 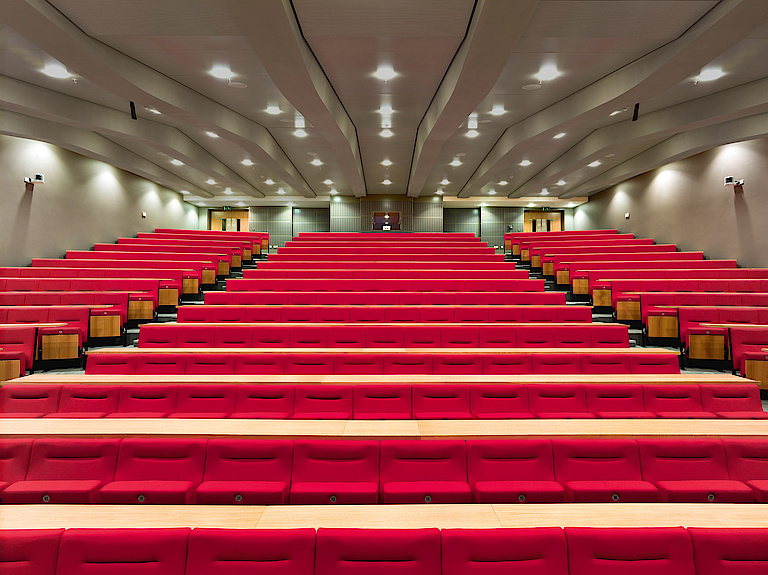 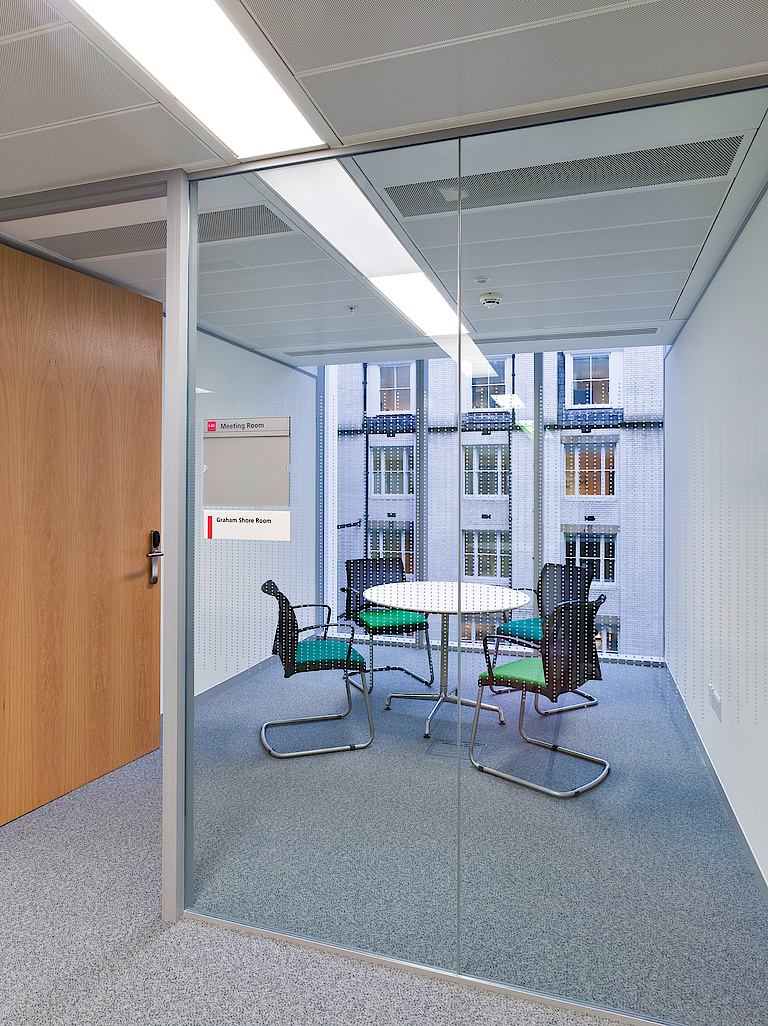 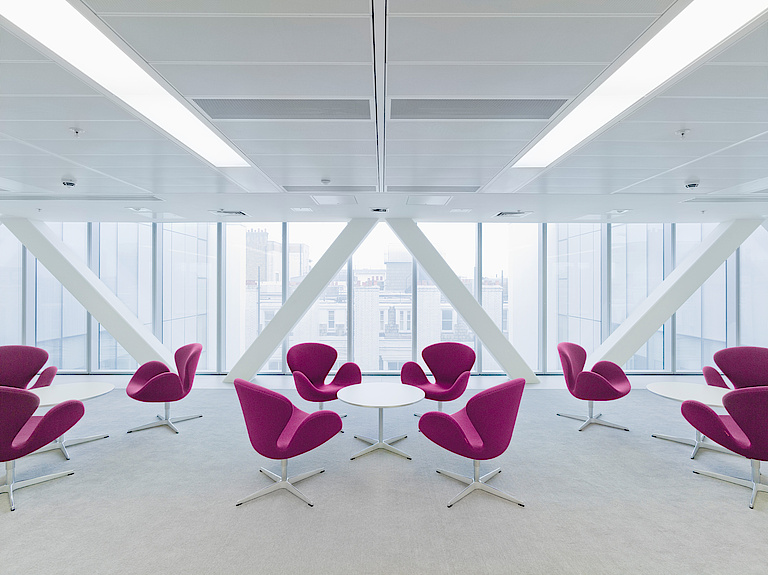 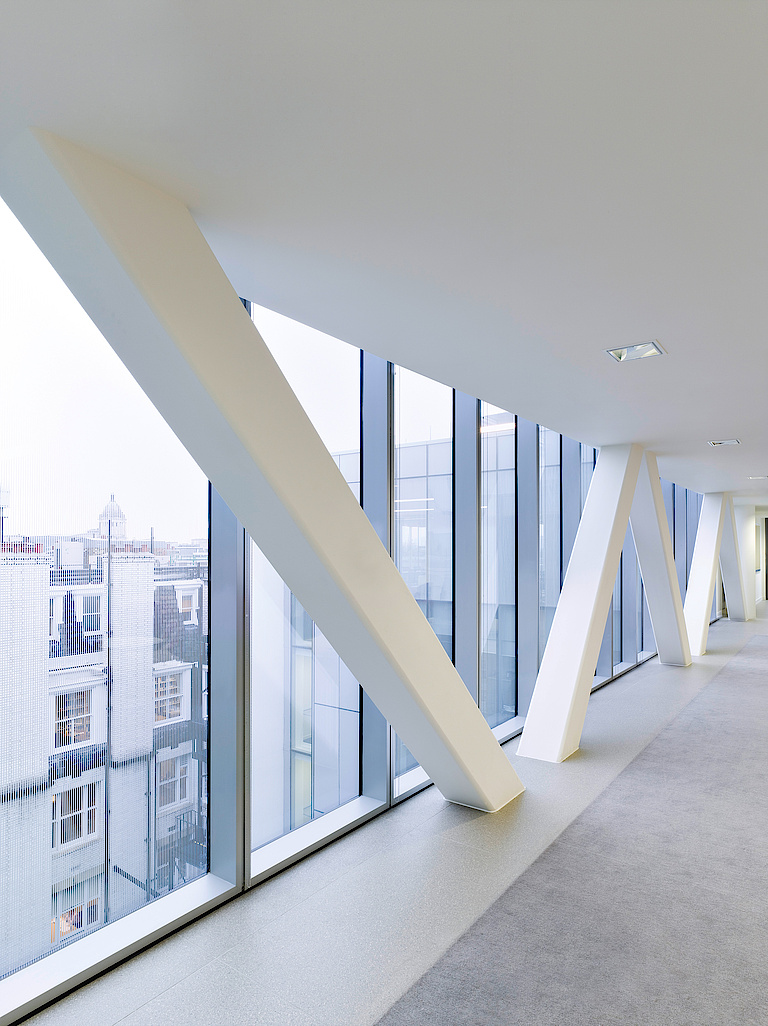 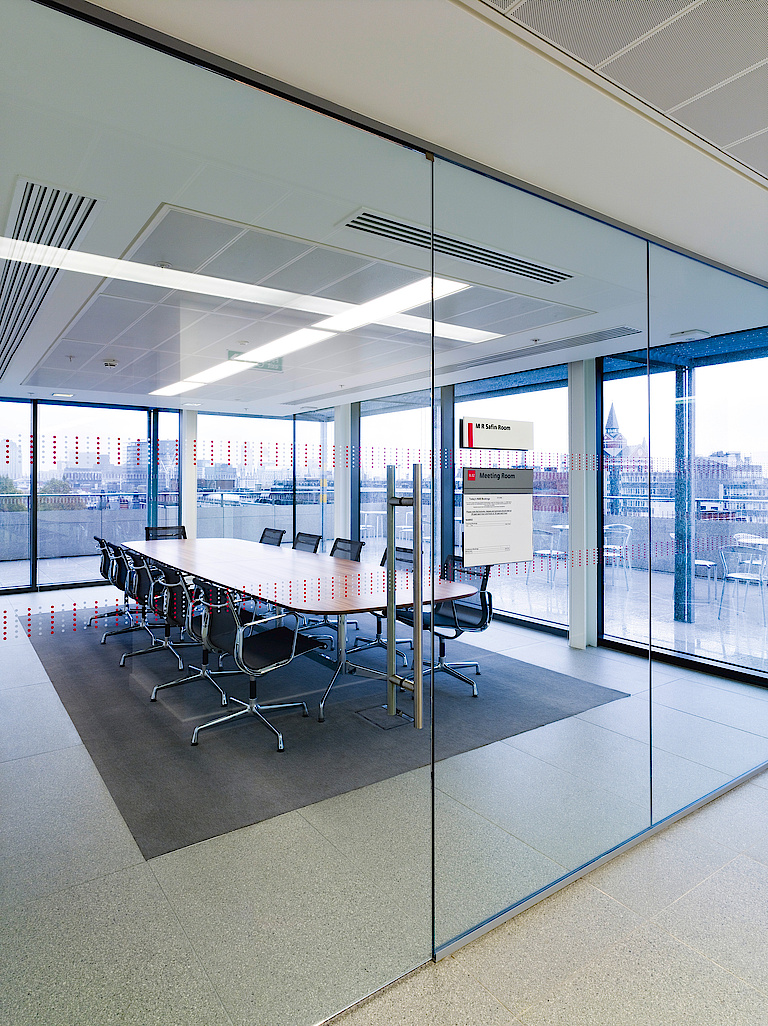 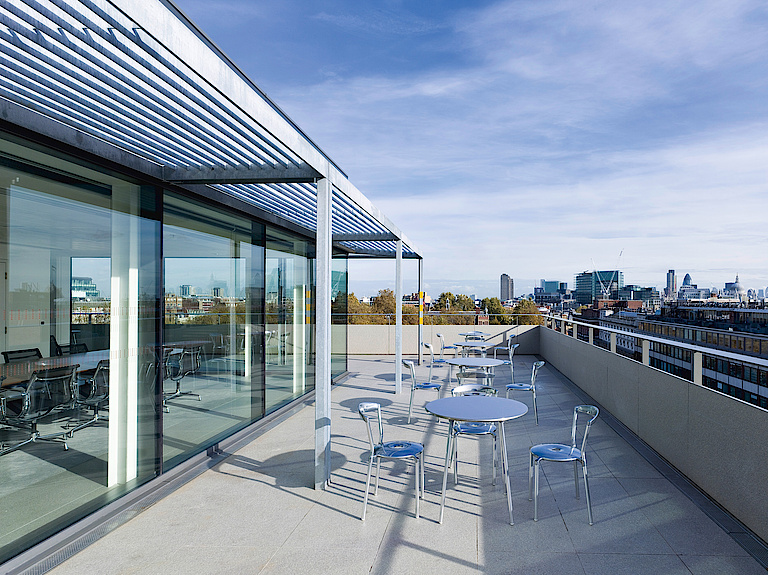 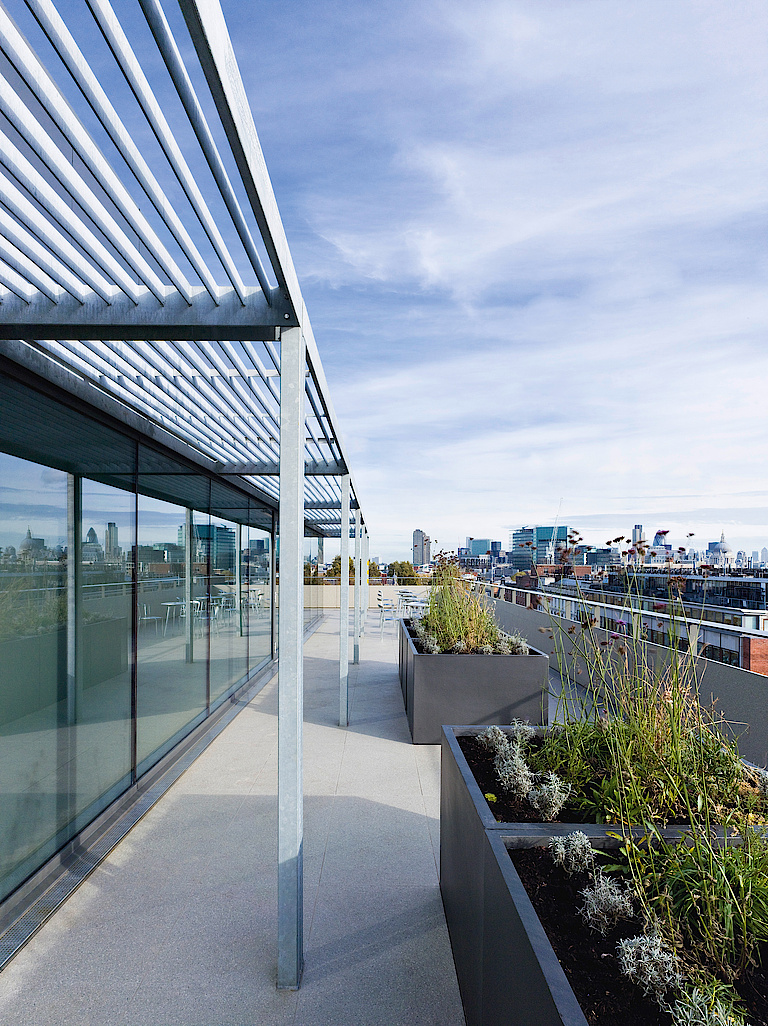 The LSE s New Academic Building is an extensive remodelling of an existing Edwardian building, which formerly housed the Public Trustees Office. Situated at the northernmost point of the university’s central London campus, the building has now been reconfigured as a university building with academic, social, and departmental space across ten floors totalling 12.700sqm.
A  number  of  subtle  interventions  open  up  the  facade  to  articulate  the  presence  of  a  contemporary remodelling within. An internal street links the entrances on either side of the building, allowing views right across the ground floor from Kingsway to Lincoln’s Inn fields beyond. The compressed spaces of the adjacent reception areas open onto the nucleus of the building, a light-filled, triple-height central atrium.
The focus of the atrium is its timber floor, which folds down to provide access to the lower ground floor lecture and function spaces, before sweeping three storeys upwards to the glazed roof, framing the two cantilevered mezzanine gallery levels. This element, termed the Sounding Board defines and forms a backdrop to the atrium space, creating a place which invites people to enter and engage.
The glazed roof allows natural light to fill the space, reflected by the white glazed brick walls of the adjacent building and the new curtain wall above. This is enhanced by the glazed lift shaft and double height windows which provide southerly light and a visual connection to the street. The building consists of eight storeys above ground and two below. Teaching and larger social spaces are centred around the atrium circulation and oriented toward the lower levels of the building. Departmental space is arranged in a U-shape around the central lightwell on the upper levels.
The existing building s inner bay of structure was removed and replaced with new floors suspended from a steel truss at eighth floor level in order to provide the extensive column-free space required by a modern university. The steel truss is supported upon a pair of columns which straddle the primary lecture theatre directly beneath the atrium. The ceiling of the lecture theatre echoes the profile of the atrium floor above in the form of its eight 17-tonne cranked precast concrete beams.
A new roof pavilion sits at the top of the building with views over Lincoln’s Inn Fields, the City, and Covent Garden. The pavilion consists of social and executive meeting space and is surrounded by an external terrace and sun-shading loggia. More than half of the building’s original fabric is retained, making the New Academic Building an excellent example of the value of reusing an existing building. Sustainability was integral to the New Academic Building s development and a range of strategies have been employed to help achieve the building s aim of an Excellent BREEAM rating.
LSE has invested 71 million pounds in the new building, which will allow it to grow its student population to about 9.000. LSE Director Howard Davies said: The New Academic Building, at long last, provides us with an academic environment consistent with our academic reputation.