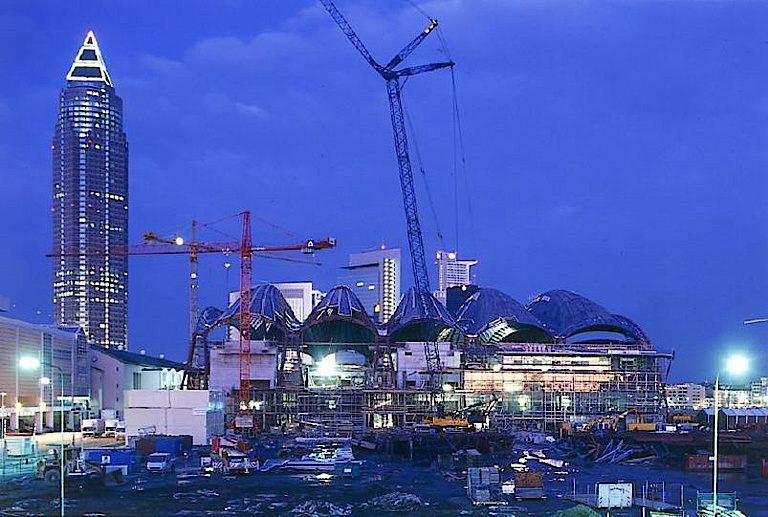 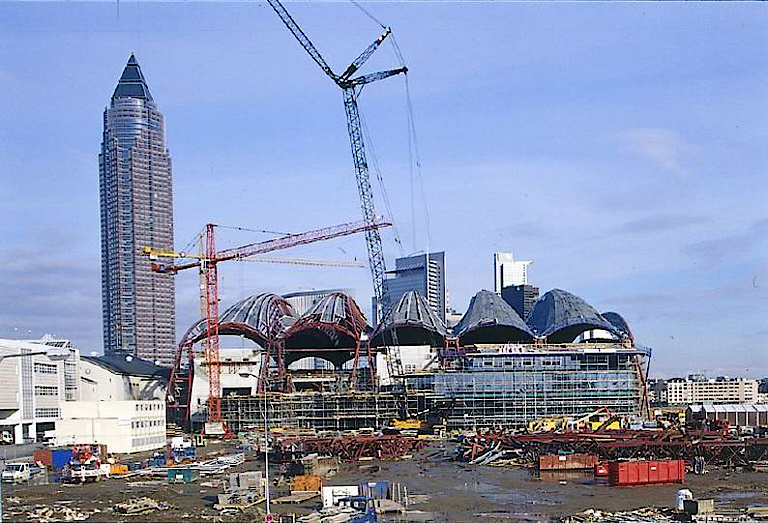 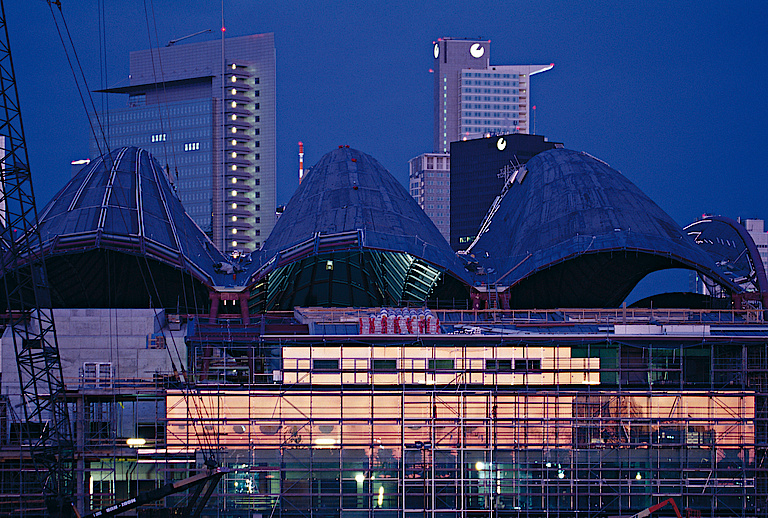 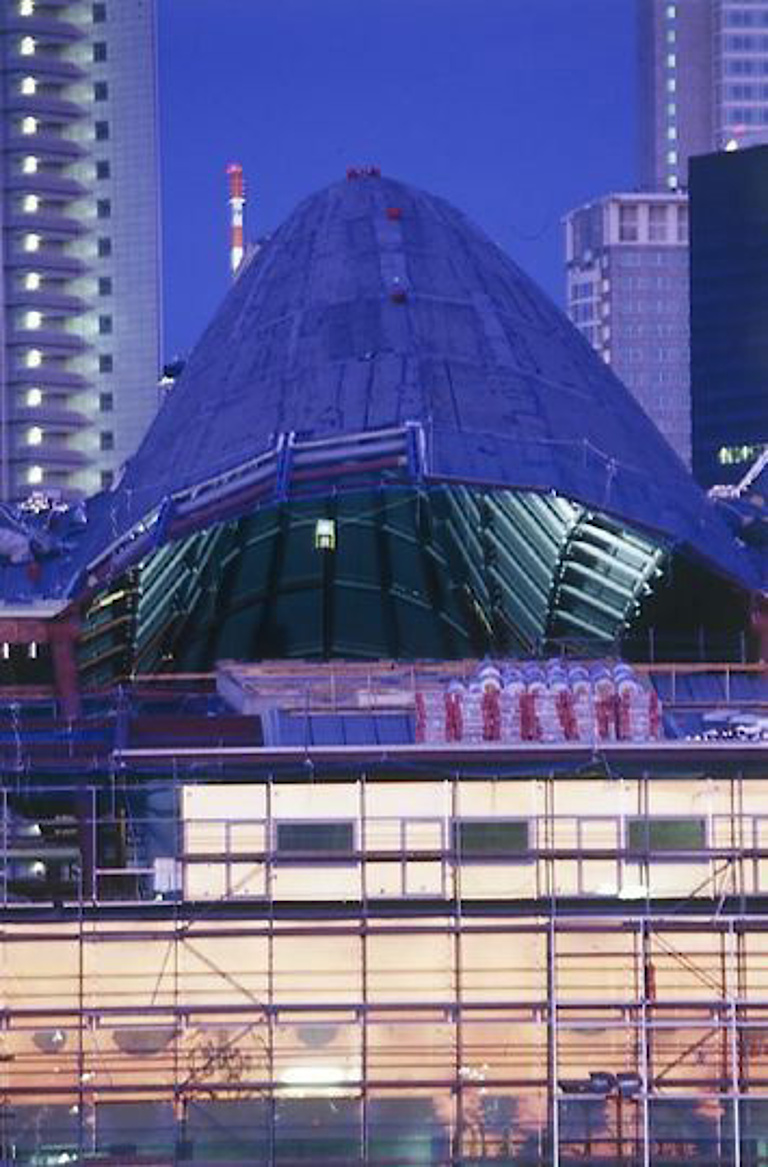 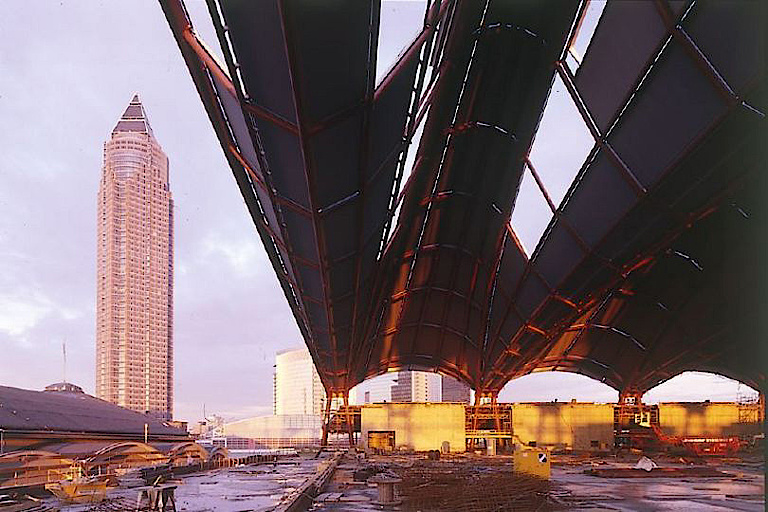 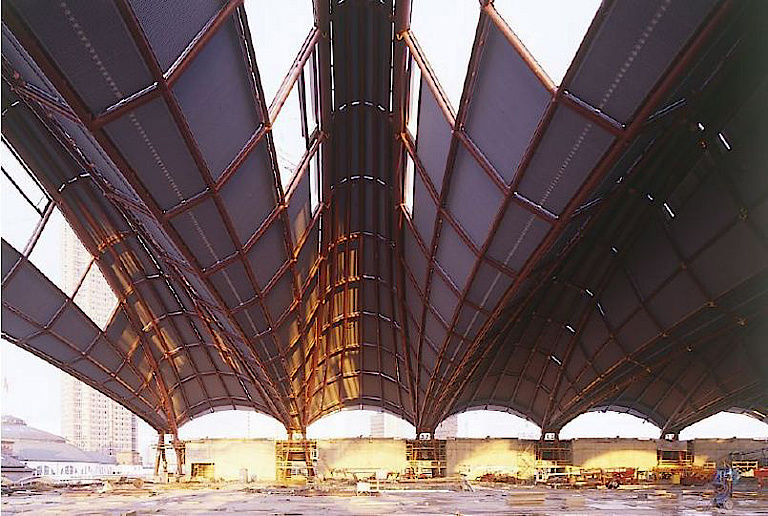 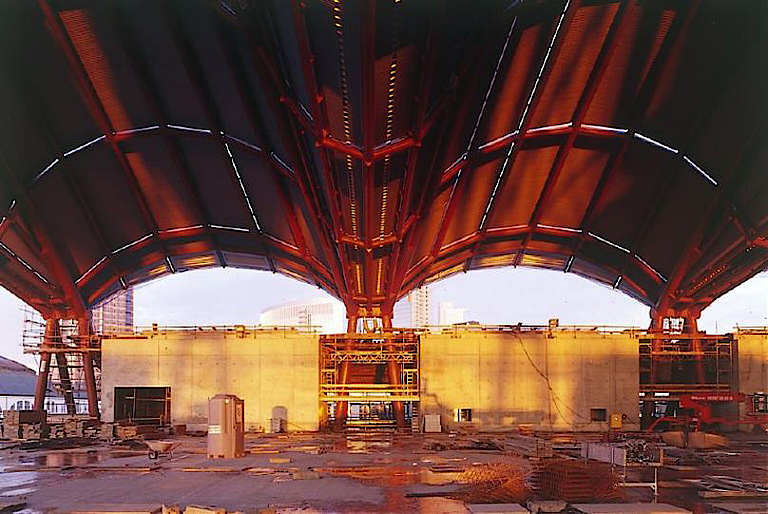 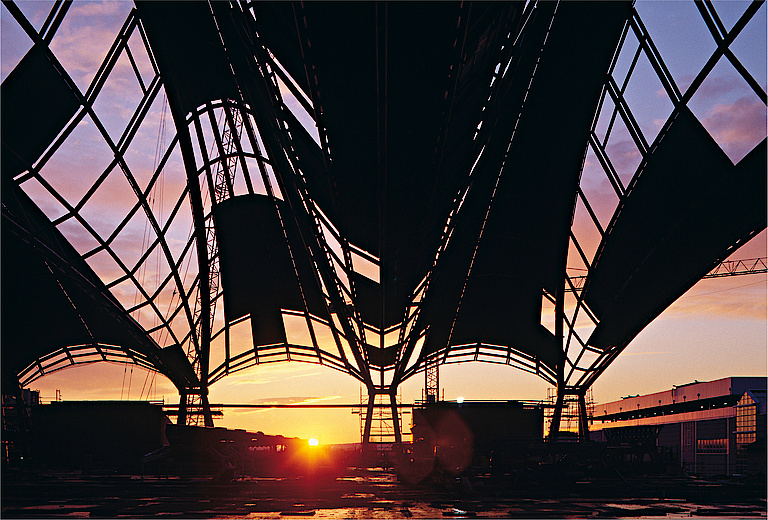 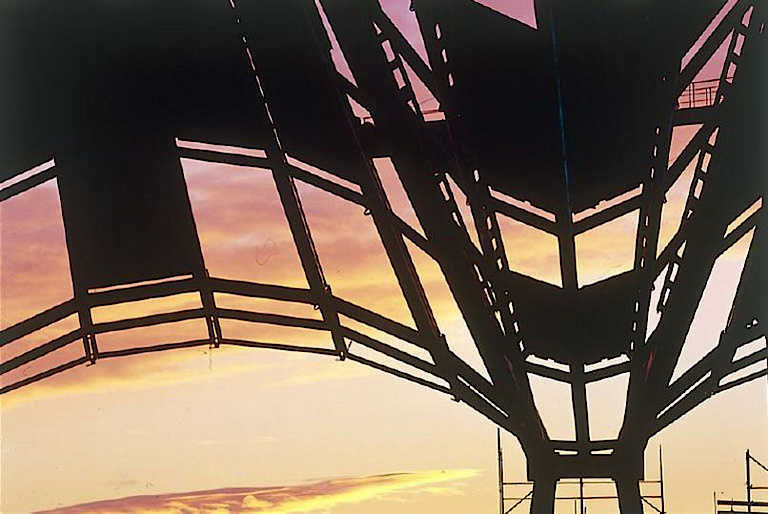 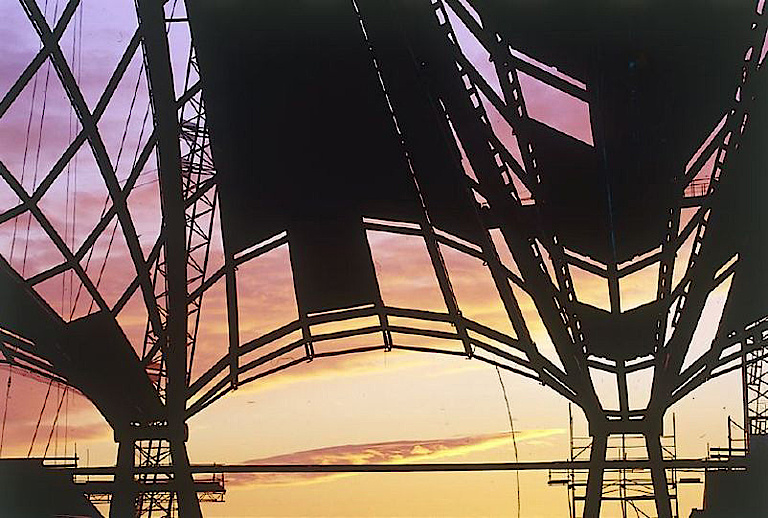 
The Messe is an internationally renowned trade fair area located in the centre of Frankfurt-am-Main. The new Messehalle was commissioned in early 2000, following an international architectural competition in October 1999. Grimshaw's winning design completes the southern perimeter of a large urban square known as the 'Agora', presenting a 165m long, fully glazed elevation to this busy public space.

Designing the maximum enclosed area with optimum efficiency has always been a trademark of Nicholas Grimshaw & Partners and the design of the Messehalle is the latest manifestation of a continuous line of architectural thinking. The structure spans the length rather than the width of the building to present an open facade to the public square it fronts, creating what is possibly the largest column-free space in Europe.

The larger the contained volume for a given area and weight of structure, the more efficient the building. Laid out over two storeys, the new Messehalle comprises 40,000 sq m of exhibition space, fed by twin blocks of four-storey foyer access, one occupying each short side. The design is refined to its essentials: strikingly efficient and cost effective.

Structural steel members are organised to form a single continuous folding grid of members in one plane, but with compressive and tensile zones clearly distinguished. The former constitutes a series of anticlastic tensile nets that occupy the lower convex parts of the roof geometry. The latter consists of a series of tubular gridshells and occupies the upper concave portions. This principle is only broken at the long edges where the compressive gridshell is brought down into the perimeter valleys.

A building this size must have a landmark presence, and the soaring roof of the Messehalle is the principal signifier of that presence in the Frankfurt Agora. The roof is essentially a single, giant, folded plate structure formed from a continuous network of welded steel tubes spanning 165m. Its deck is formed from stressed skin prefabricated panels consisting of two profiled steel decks riveted together with their troughs aligned in opposite directions. Owing to the structural geometry, these are manufactured with an in-built twist. However, because of the repeating nature of the roof, there are only sixty different panel types, keeping manufacturing costs to an absolute minimum.

The roof is as lean as it could possibly be and performs many jobs at once. The total available area for acoustic absorption is maximised by the undulating and twisting inner surface. With the structural tubes half-covered by the inner skin, there are no upward facing surfaces that could collect dust: a vital point in such a large hall.

The roof is lower than a more conventional arched structure, meaning that the volume of air to be treated is less. However, this air still contains high individual air reservoirs, vital for passive ventilation and smoke control. Clerestory glazing draws daylight deep into the heart of the building, accentuating the clarity and integrity of a roofline that is unimpeded by plants and service ducts. These are absorbed into the double-deck that separates the upper and lower exhibition halls. This deck also accommodates the high-level pedestrian access route that serves the existing Messe, creating a loggia that overlooks the Agora. This ensures that the magnificent Messehalle remains relevant to its immediate context and is very much a public building in a vibrant city centre.