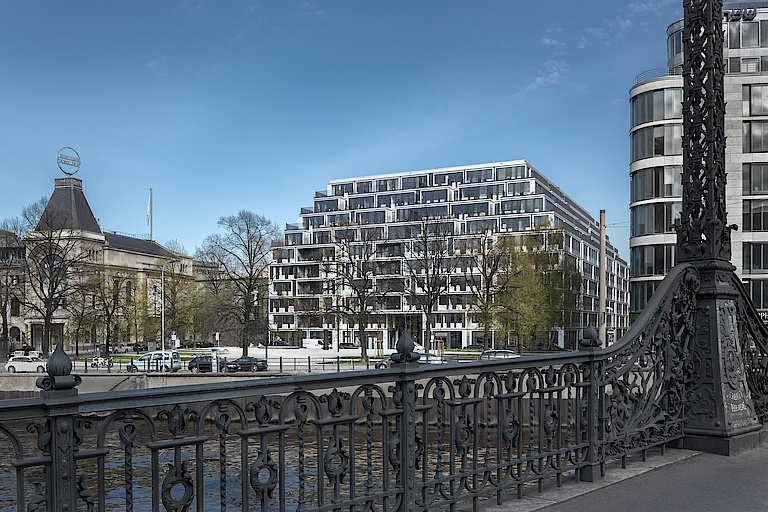 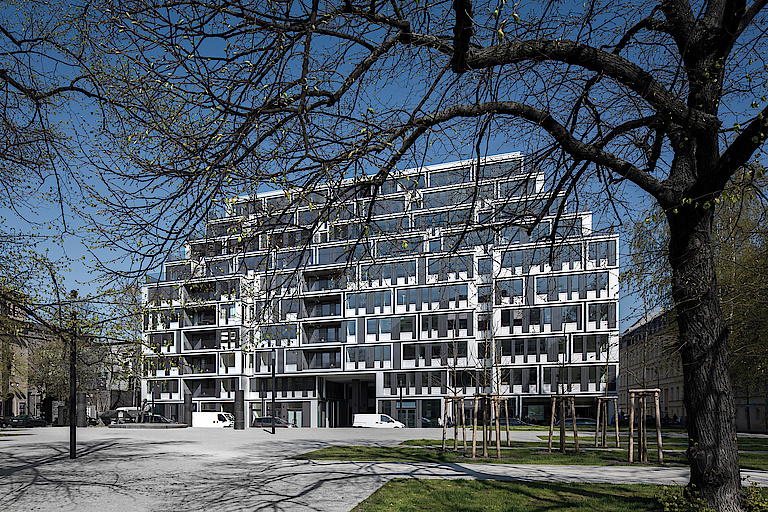 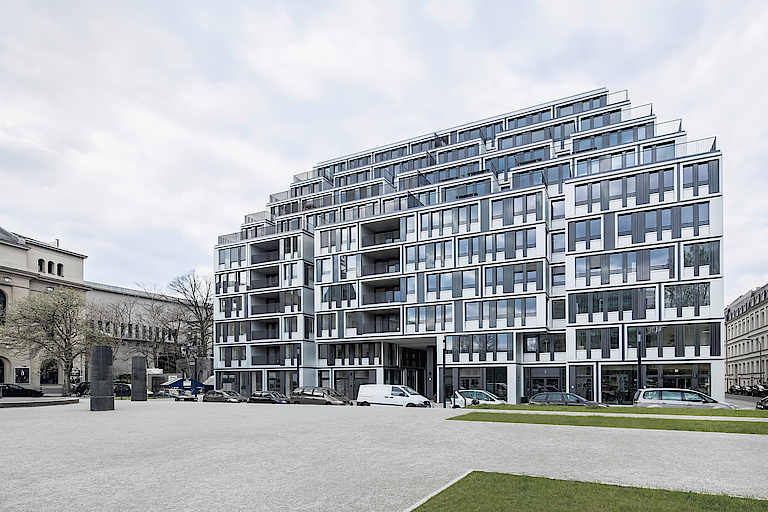 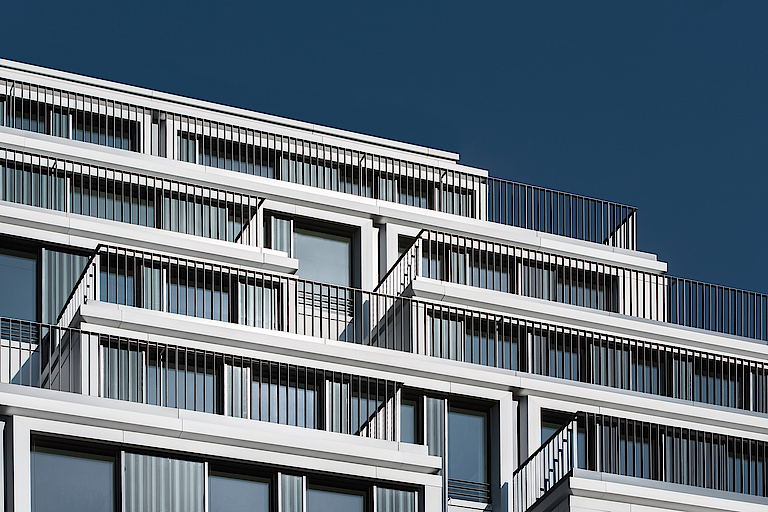 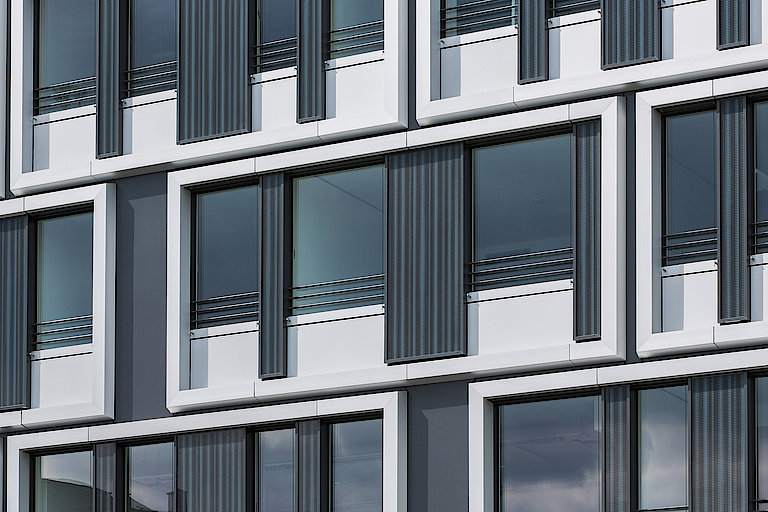 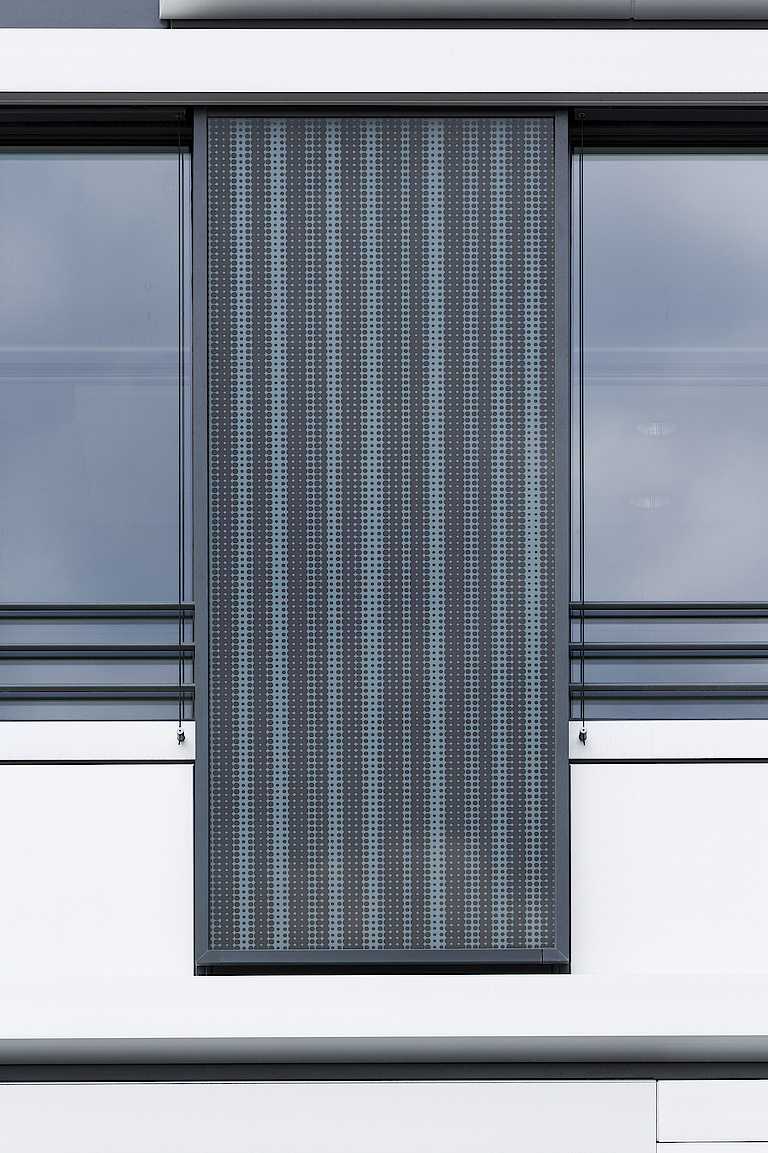 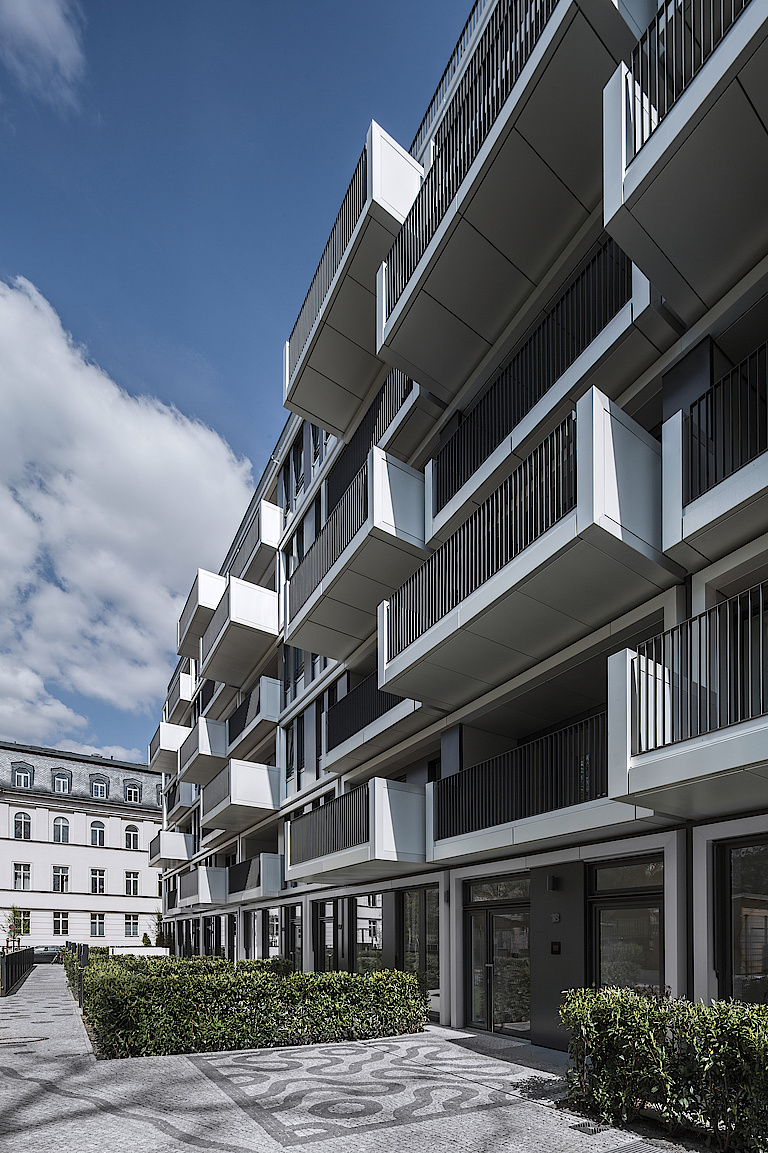 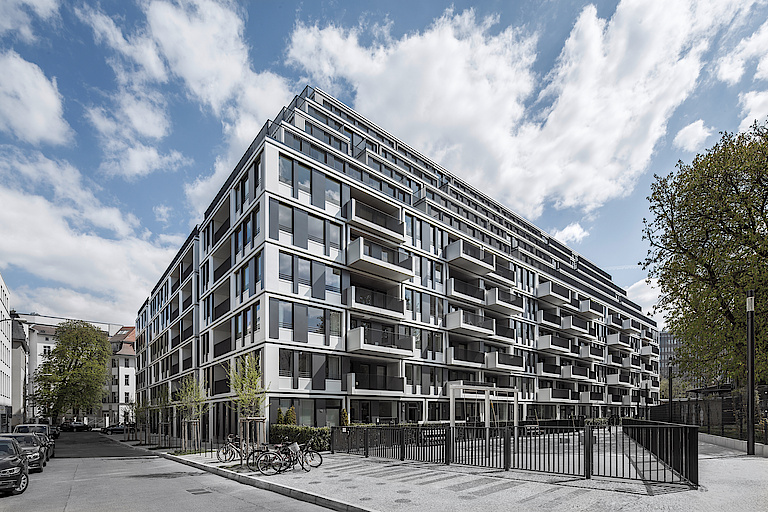 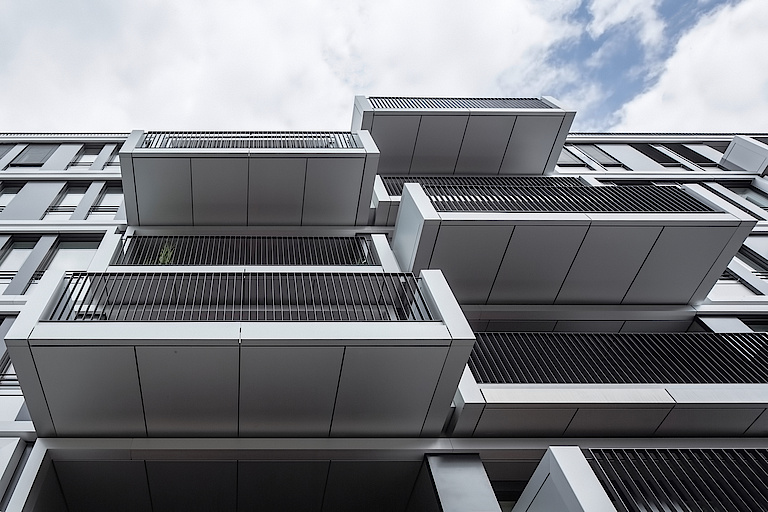 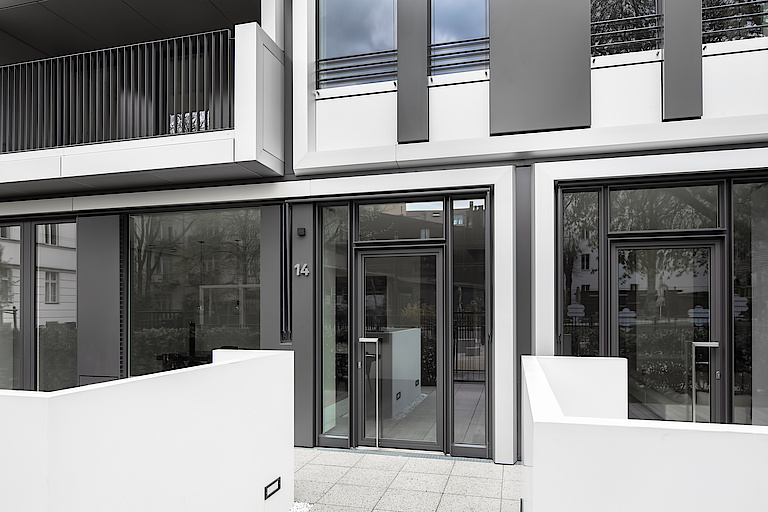 At the Circus Berlin

On the left the theatre of the Berliner Ensemble, on the right the Weidendammer Brücke, in front the Schiffbauerdamm and the Spree: in the expanse of space, the elongated building, pointing from south-east to north-west, with a width of about 55 and a depth of about 82 metres, has a solitary, fulminant position. However, the site is not only in a prime location, but also has a history of significance: the Großes Schauspielhaus, designed by Hans Poelzig and run by Max Reinhardt, stood right here and was only demolished in the late 1980s.

On the one hand, due to the double four-wing complex with two inner courtyards, on the other hand, due to the staggering of the four uppermost of a total of 10 storeys above ground level, the building, with largely different, mixed functions, shows a certain similarity in mass and figure to the Hamburg office buildings of the early 20th century. However, the block-like appearance is altered by the 4 façades in the direction of a light, airy, even crystalline architecture.

The main side of the building, somewhat concealed by the trees of Bertolt-Brecht-Platz, operates with symmetry, i.e. with the threefold division of the façade into a wider central section and two narrower side sections. In each case, 3 to 6 upright windows separated by printed glass panels are framed by a horizontal frame of light-coloured aluminium.
Of the approximately 33,000 square metres of gross floor space, almost half is taken up by 87 flats, whose interiors were designed by a team led by the French designer Philippe Starck. Another third of the space is taken up by a hotel with a good 300 rooms. The rest of the space is used for offices and shops. All flats are located in the quiet north-western part of the building, all offices in the less quiet south-eastern part.