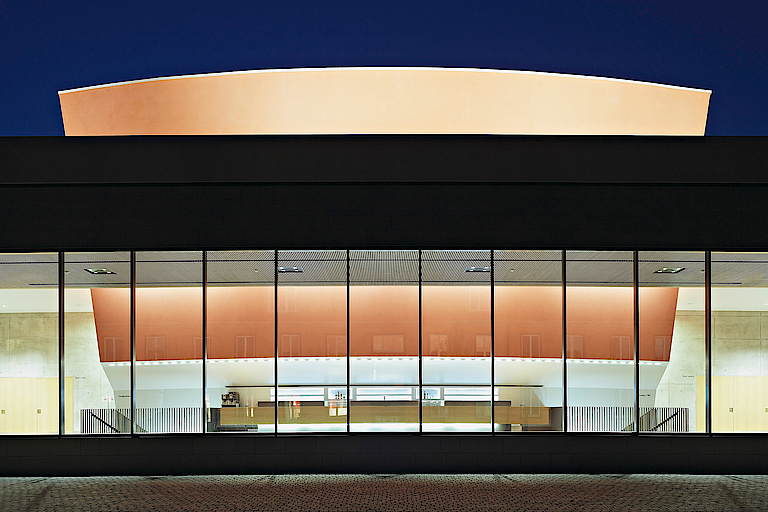 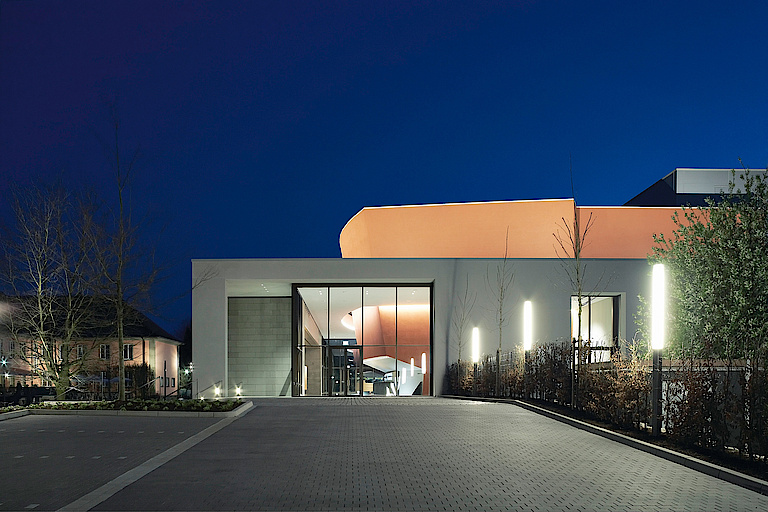 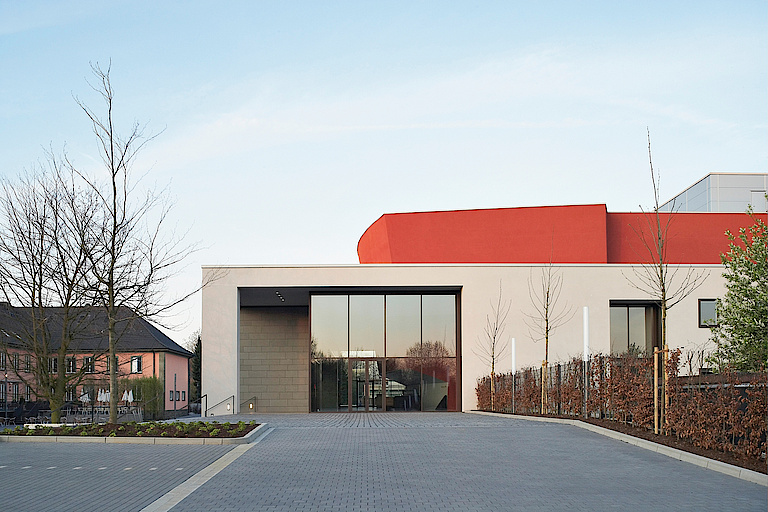 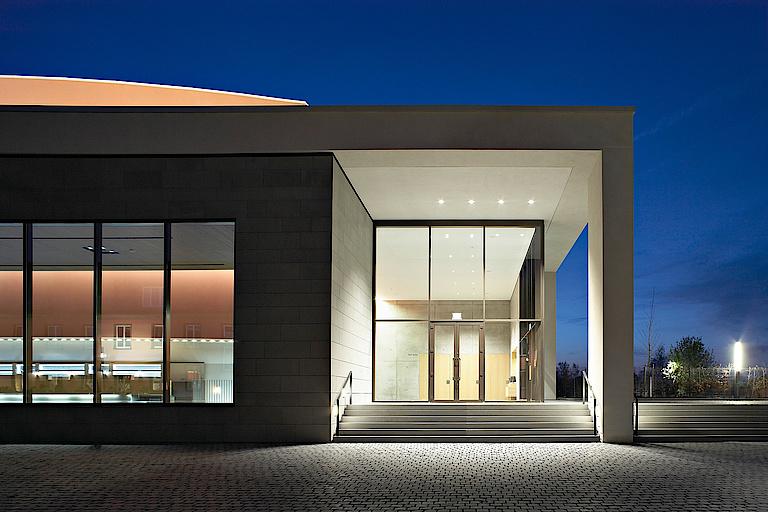 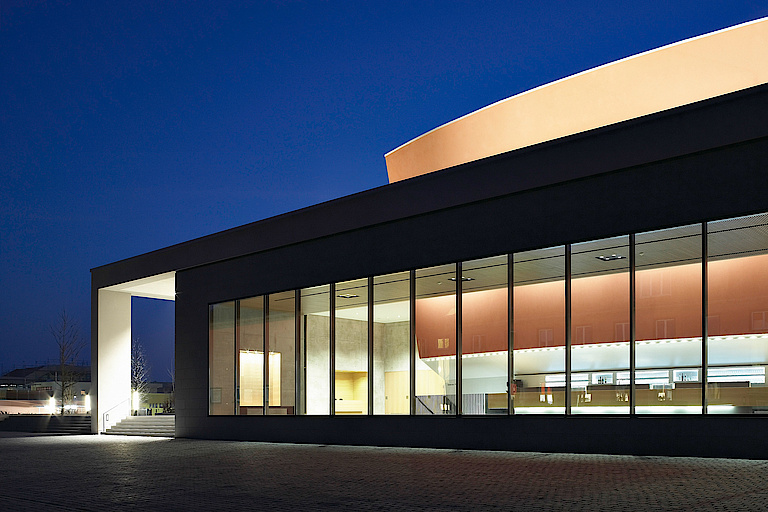 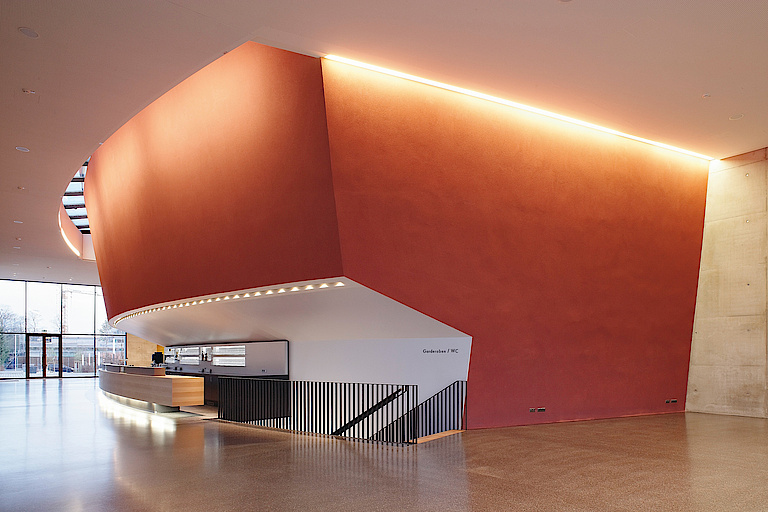 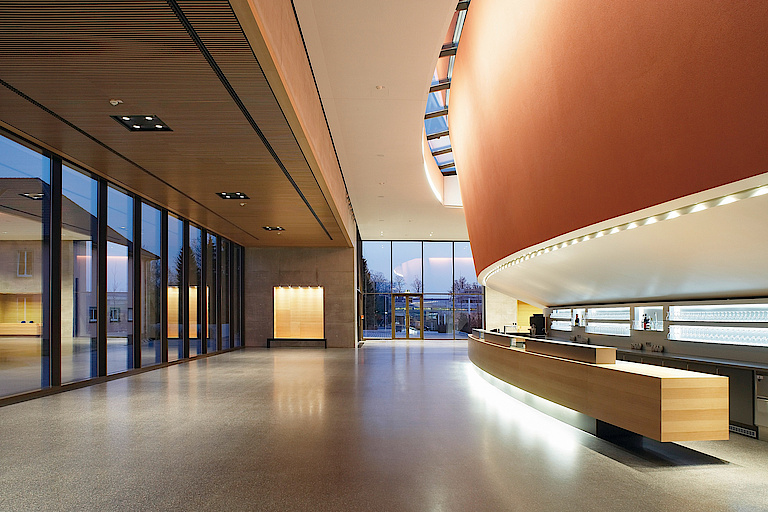 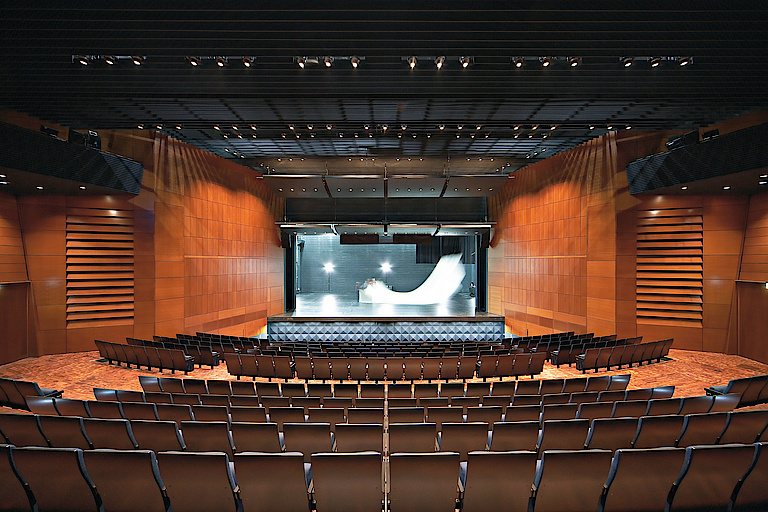 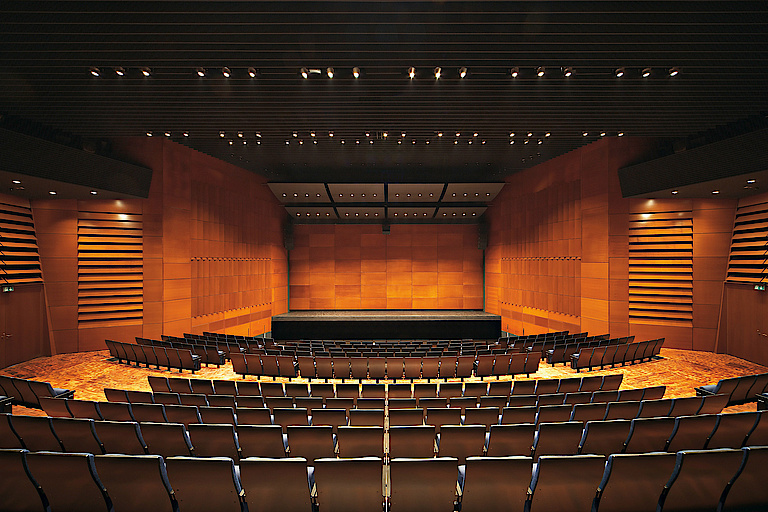 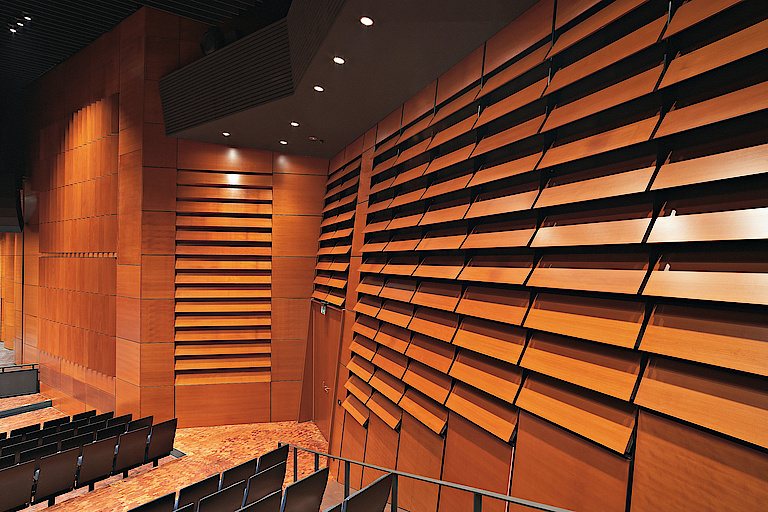 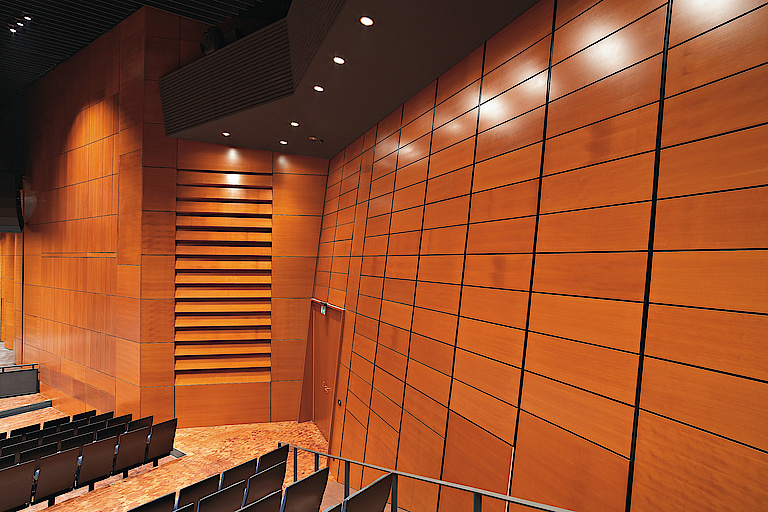 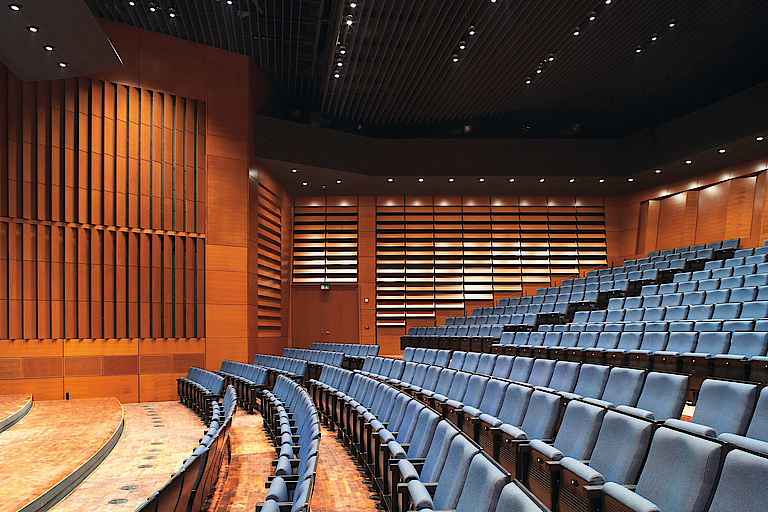 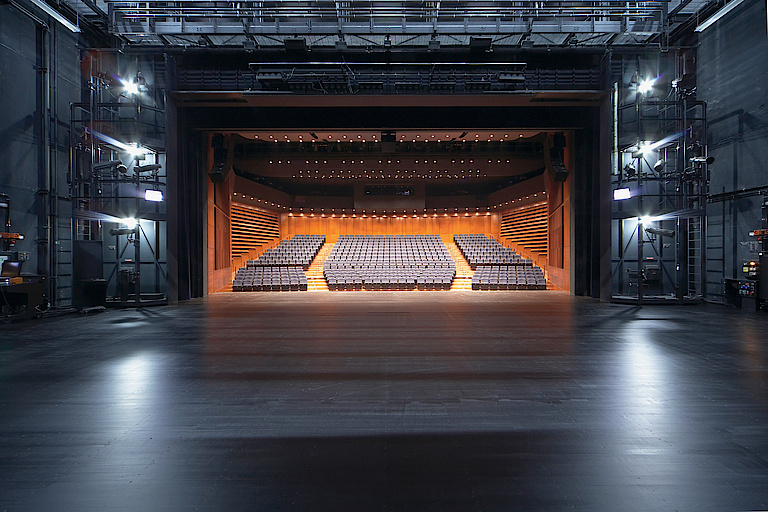 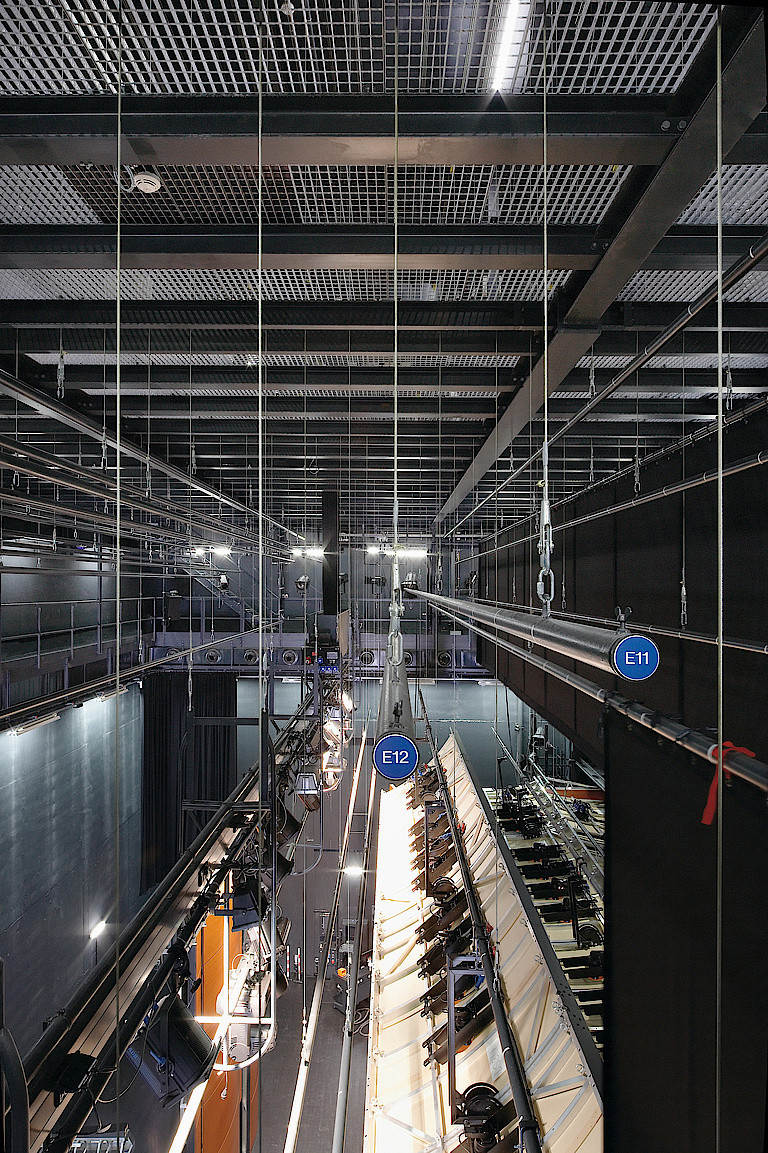 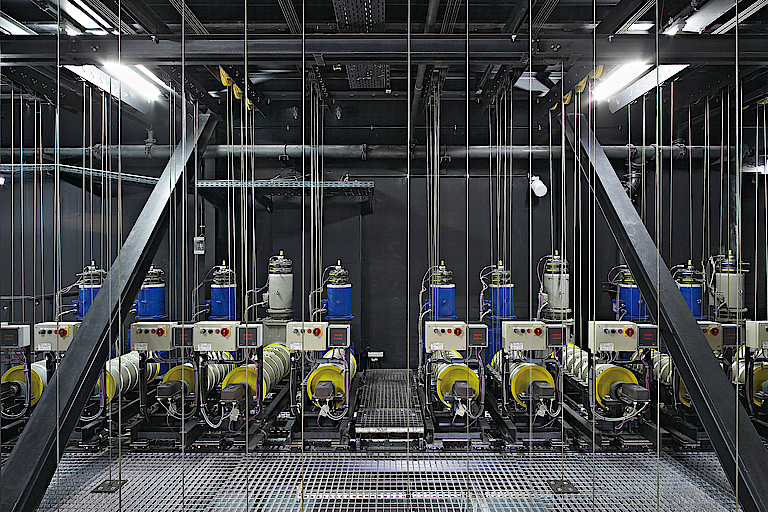 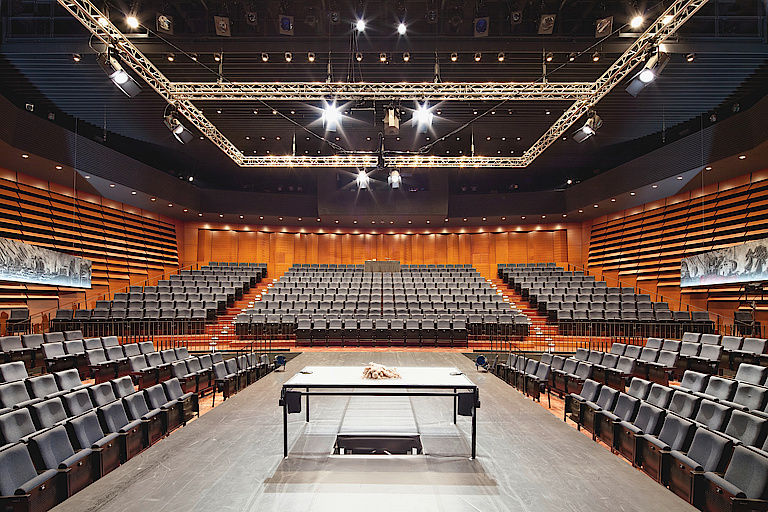 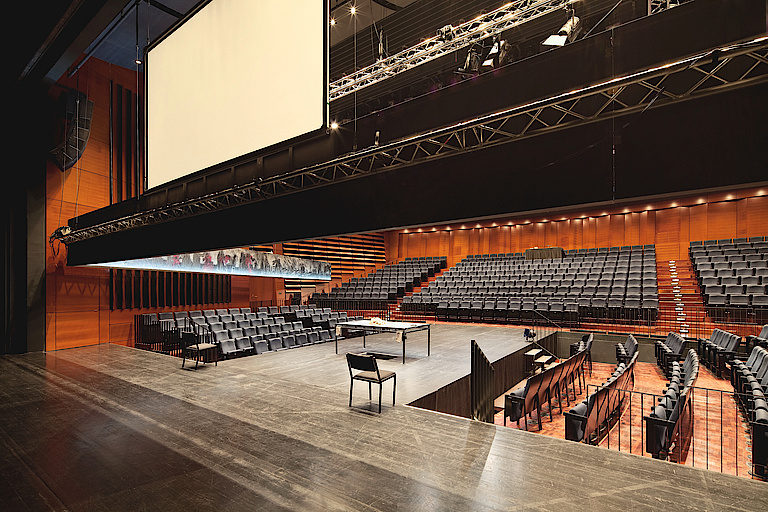 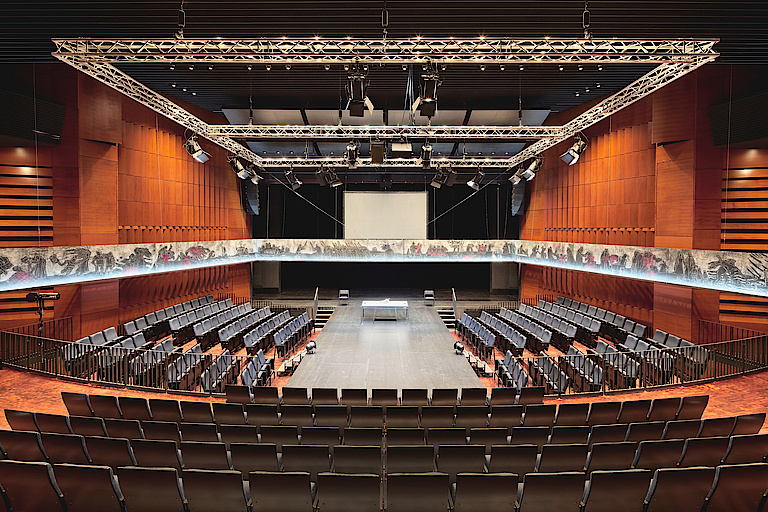 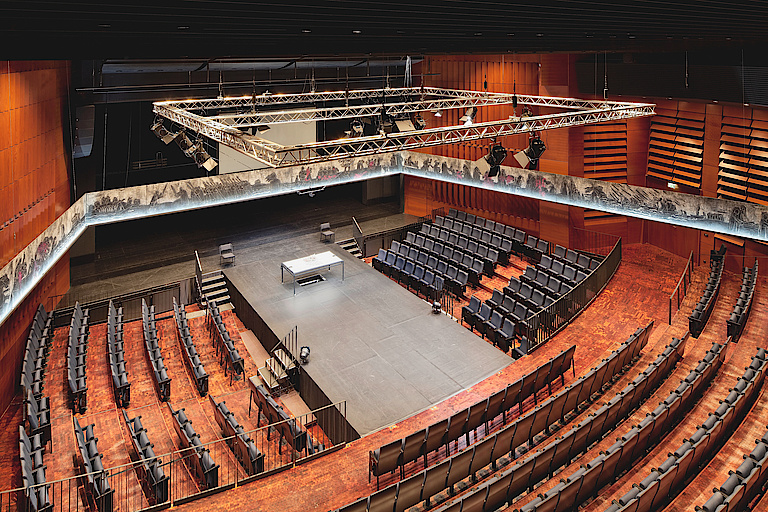 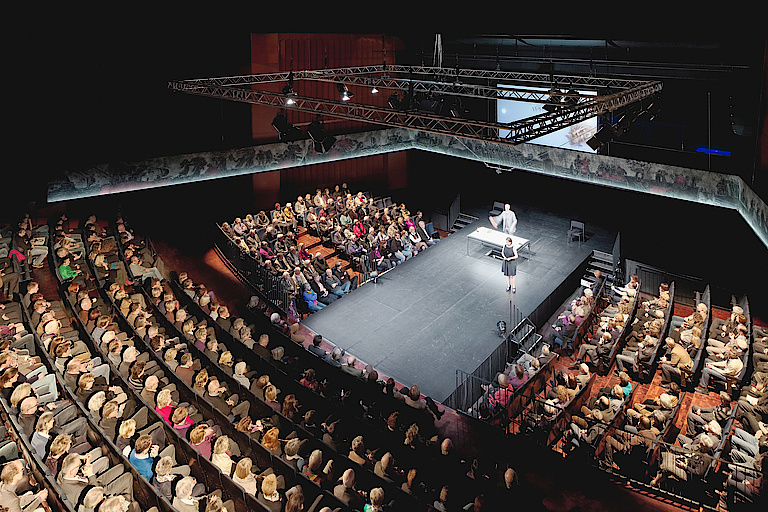 Concert, drama, entertainment under one roof


The 640-seat theatre was completed in spring 2007. The cultural programme is the responsibility of the cultural promotion foundation Ernsting Stiftung Alter Hof Herding, which was founded ten years ago by the entrepreneurs Kurt and Lilly Ernsting. In the immediate vicinity, the office of BOCK-PARTNER converted the former military district command (WBK) into the Centre for Knowledge-Education-Culture (WBK) in 2001. The existing spectrum of uses, including a distance-learning university, music school, adult education centre and gastronomy, is now being supplemented by the Coesfeld Concert Theatre.

The external dimensions of the planned building are approx. 50m x 50m. In terms of urban development, the building thus responds to the width of the inner courtyard enclosed by the WBK. The Konzert Theater also responds to the WBK in terms of height, in that the basic structure takes up the eaves height of the existing building.

The auditorium and the stage tower, however, emerge from the basic corpus as distinctive components and, due to their dimensions and design, can be read from the outside as identity-creating elements. The striking shape of the auditorium in particular conveys its use as a concert theatre.
The lounge area of the foyer is located between the generously designed entrances. A natural stone façade gives this important building block a high-quality skin. The large-scale glazing enables a variety of visual relationships between the WBK, the concert theatre and the open spaces. It picks up on the theme of the stage and leads the row of stage-auditorium-foyer into the outside space. The open space between the WBK and the Concert Theatre will be designed as a paved theatre square, which, due to the height of the perimeter buildings, will have a closed, intimate character and thus be well suited for outdoor events. Green spaces, individual trees and water features soften the strict square geometry. The side views are kept simple in their layout. The uniform structure and the materiality of the plaster surface are reminiscent of the WBK façade.

The heart of the concert theatre is the auditorium with its special room geometry without right angles, which was developed from the high demands on the acoustics. Movable lamellas in the wall and ceiling panelling allow the different acoustic requirements in concert, musical theatre and drama to be met right through to entertainment. Flexible seating options allow for a variety of stage set-ups such as frontal stage, arena, play bridge or studio stage. Coesfeld will have an open house with a wide range of possible uses at a high cultural level. The building underlines this claim and gives the events an appropriate setting without staging itself.

Architecture, acoustics and stage technology were at the centre of the planning and execution of the building project. The BOCK-PARTNER office found professional support in the engineering office for stage technology Heinrich Wiczkowiak from Recklinghausen and the engineer for acoustics Ralph Kettenis from Aachen. In cooperation with all of them, the specific requirements were realised in terms of planning and construction. The result of this cooperation will be appreciated by all listeners and spectators.