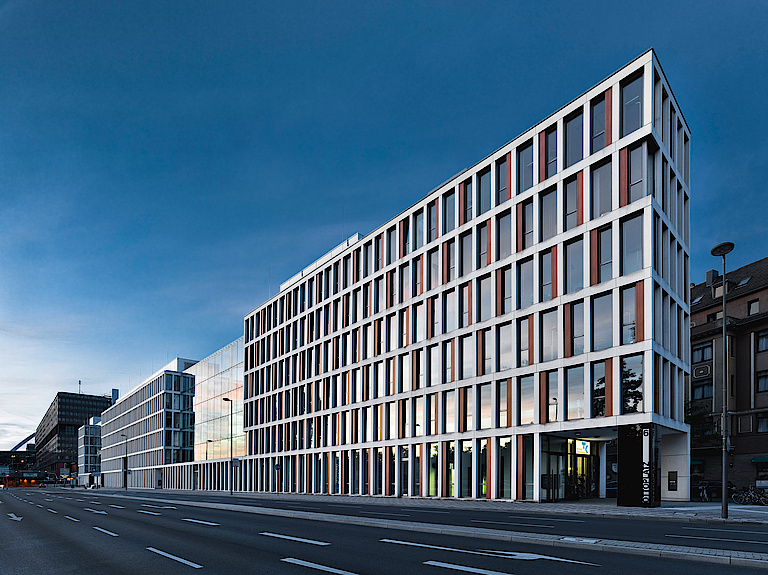 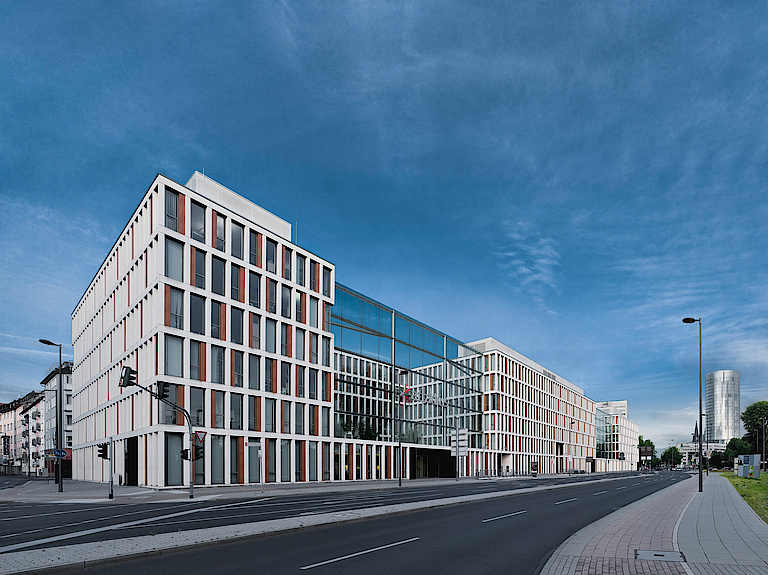 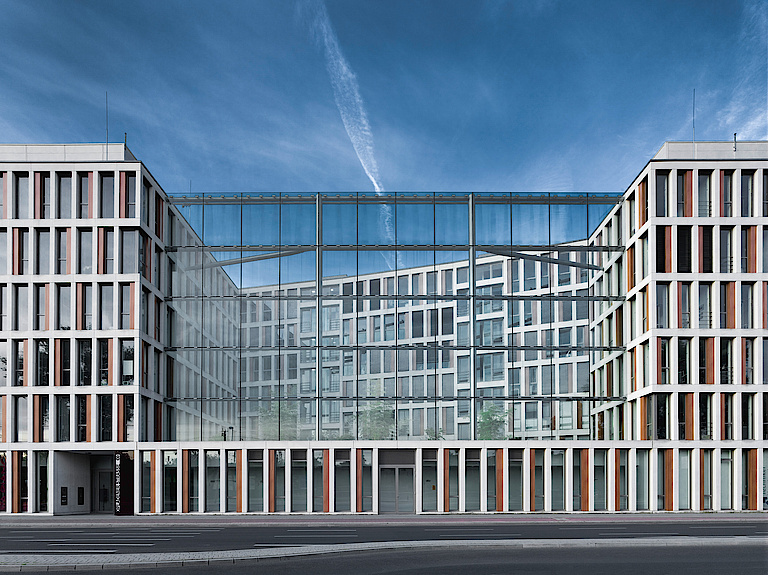 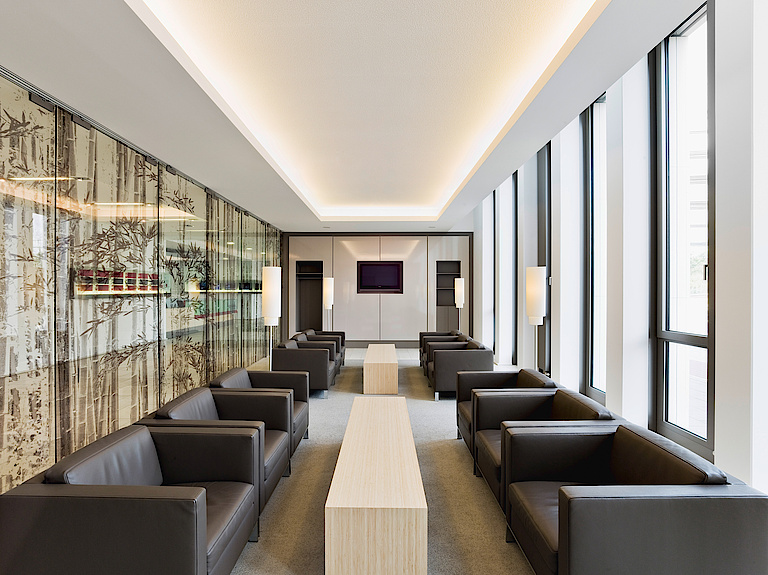 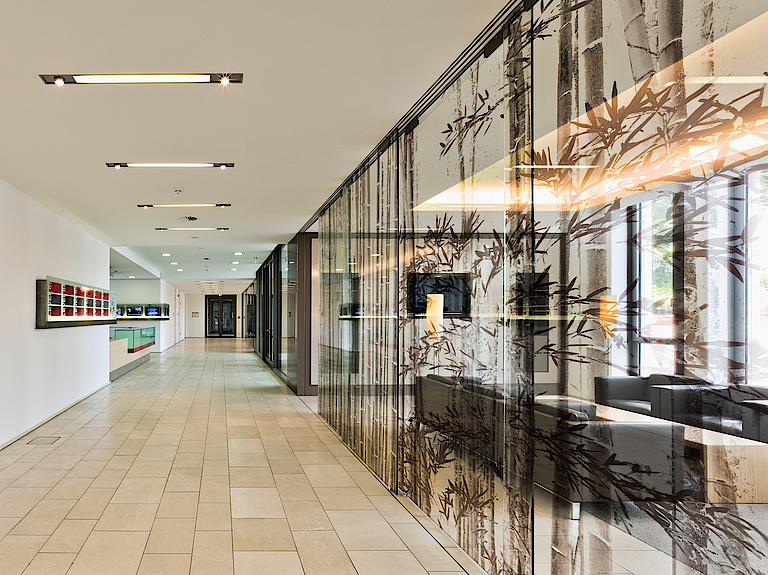 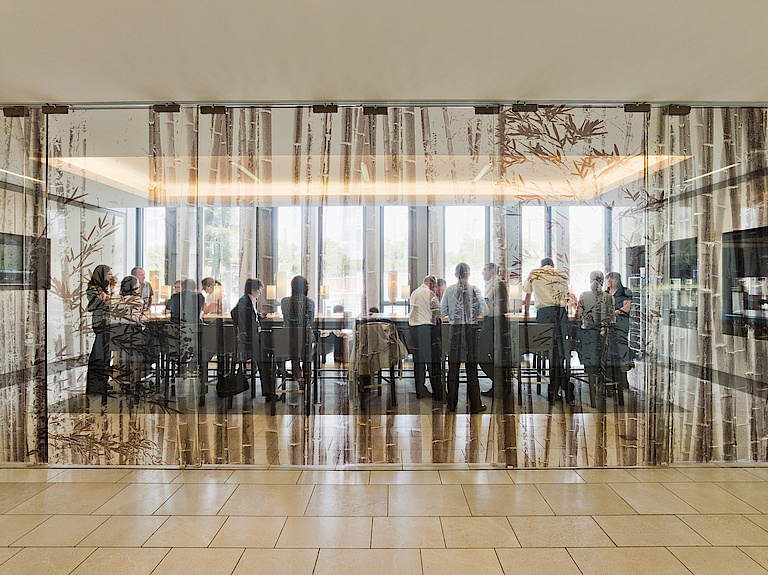 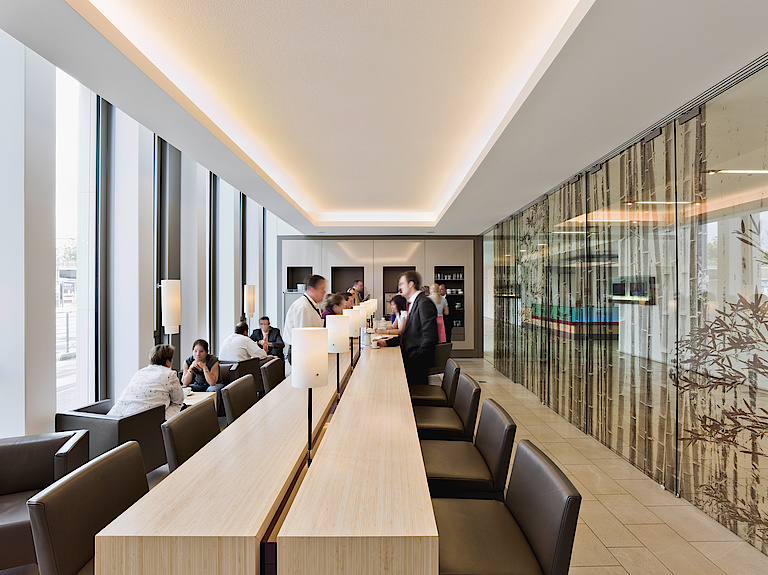 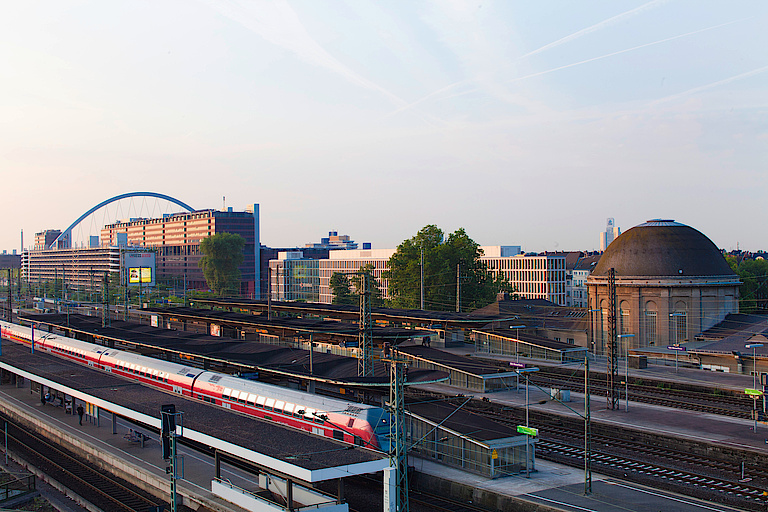 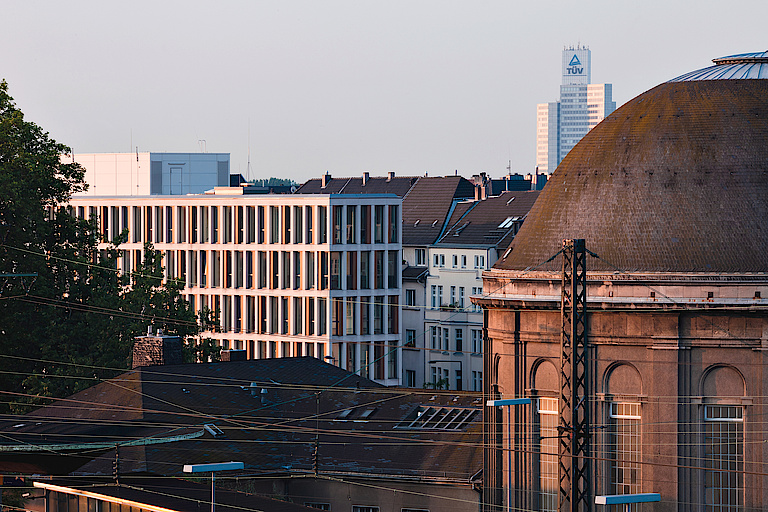 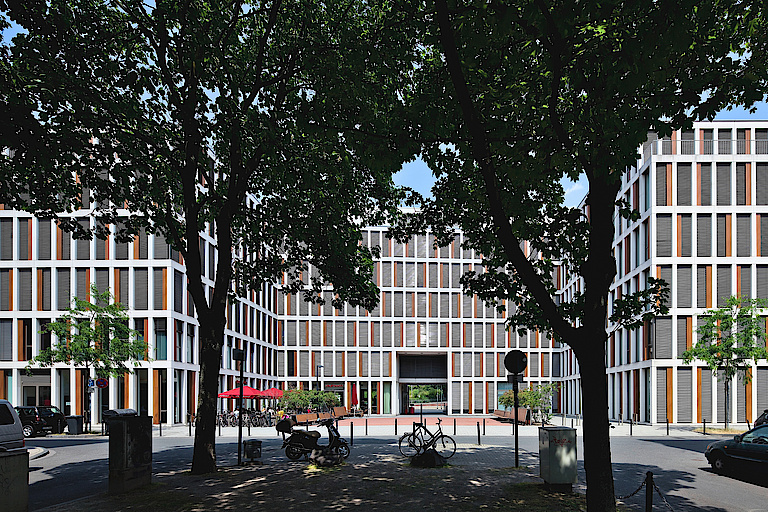 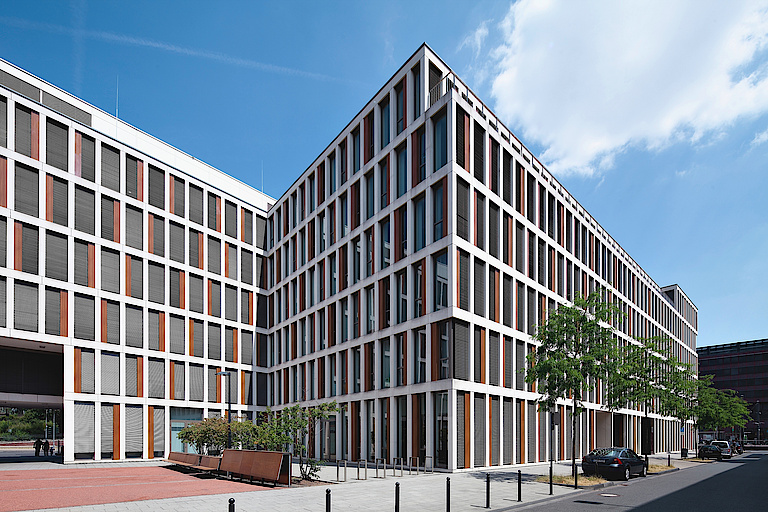 
In the centre of Cologne's urban development on the right bank of the Rhine, in the direct vicinity of the Stadthaus and the planned ICE terminal Cologne Messe-Deutz, a meandering new building has been constructed: the Constantin-Höfe.

The building faces south towards the small-scale Deutz urban structure. The planned Constantinplatz, occupied by retail and gastronomy, forms the logical conclusion of an existing arterial road out of the centre of Deutz.

Two generous, address-forming atriums open to the north towards the large-scale neighbours of the railway station, Stadthaus and Koelnmesse. Two glass walls protect the green atriums from the emissions of the passing street.

The east and west sides of the Constantin-Höfe flank the newly defined urban spaces in front of the station and the Stadthaus.