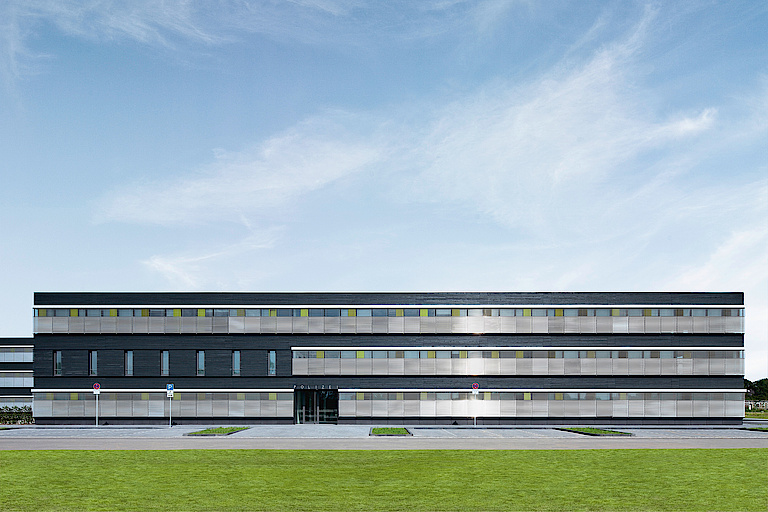 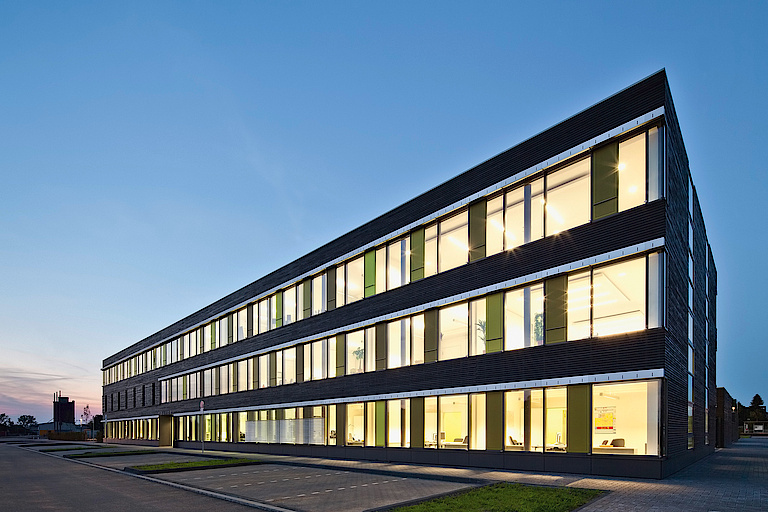 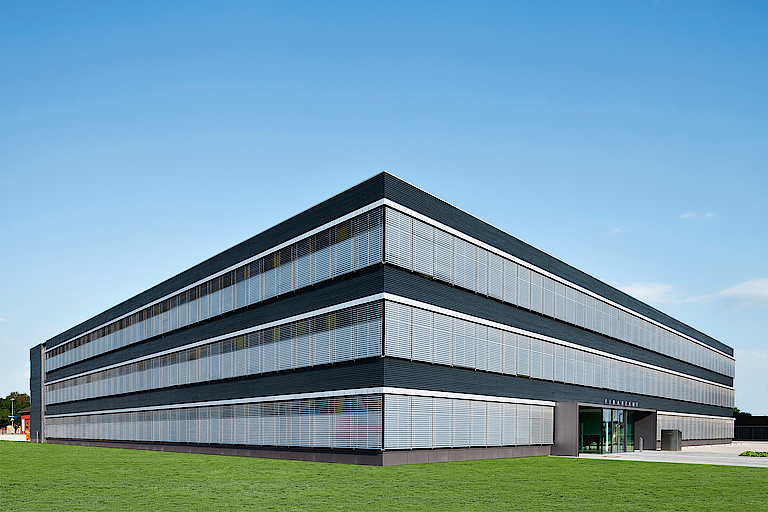 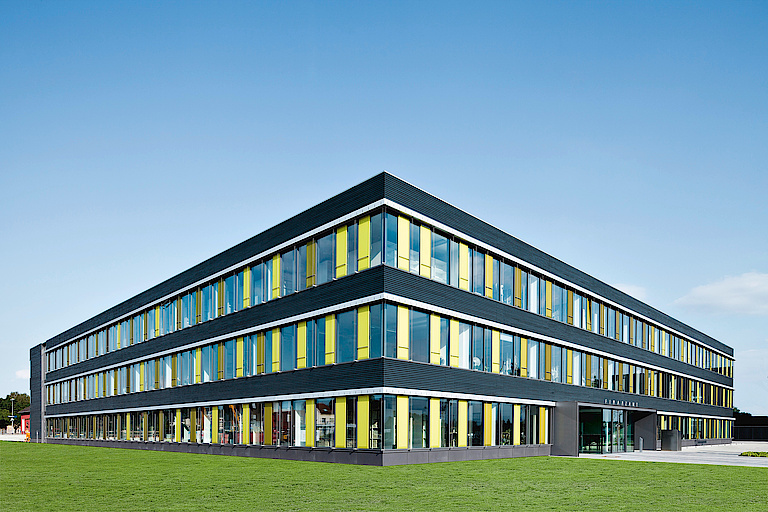 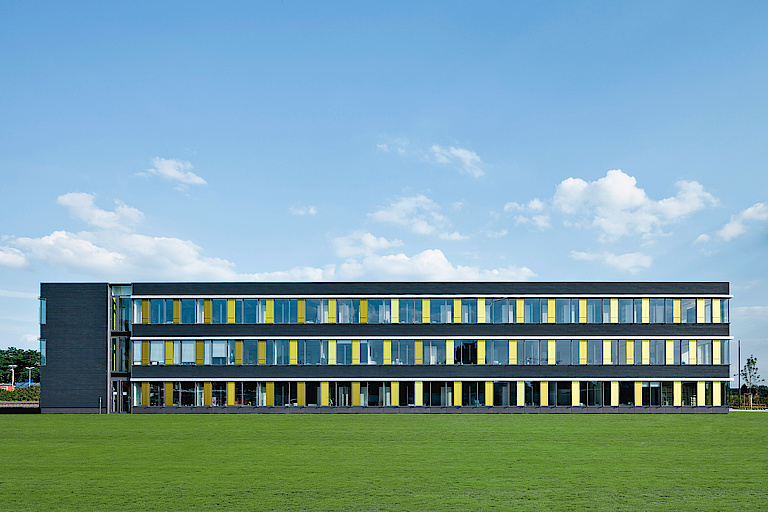 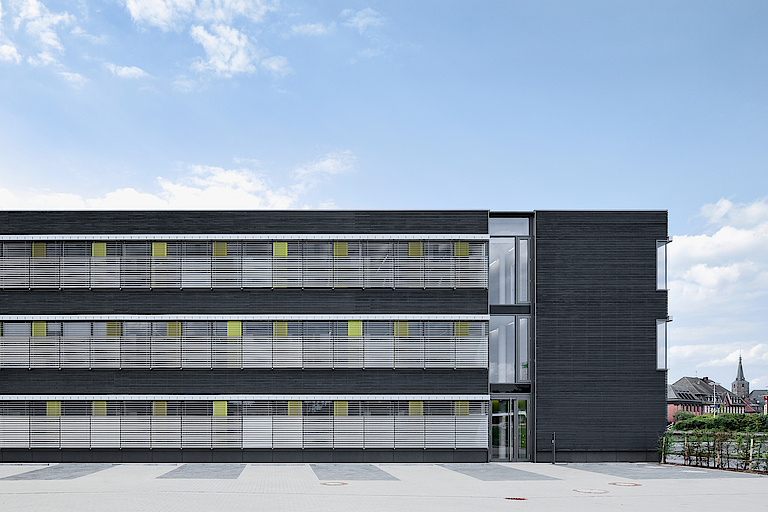 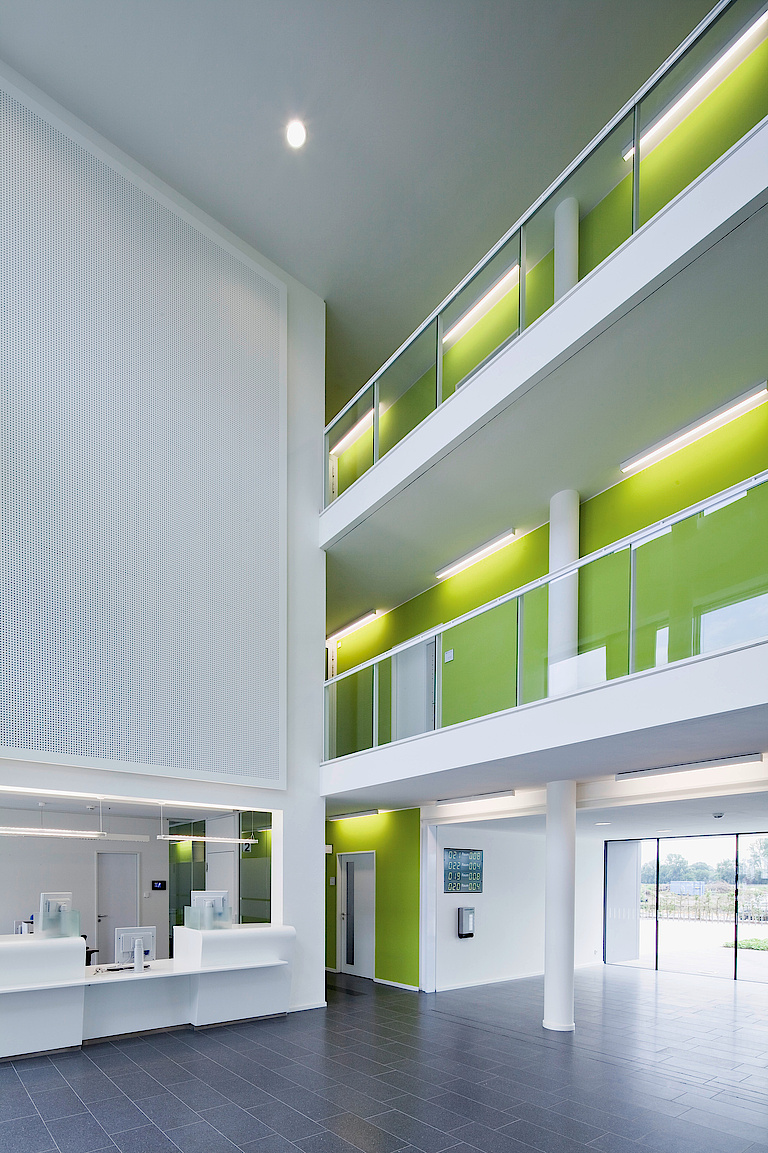 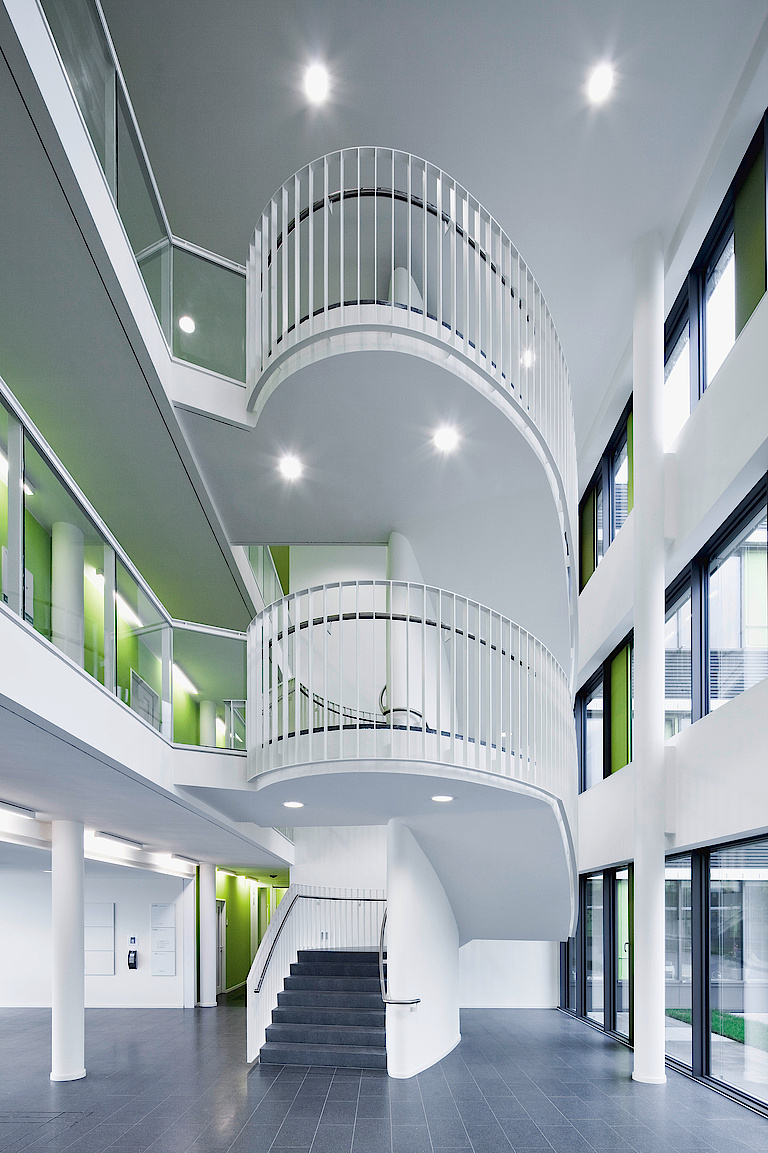 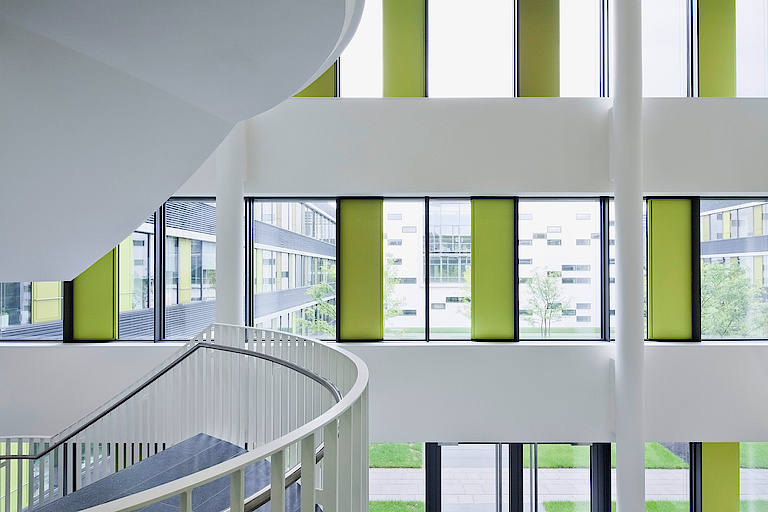 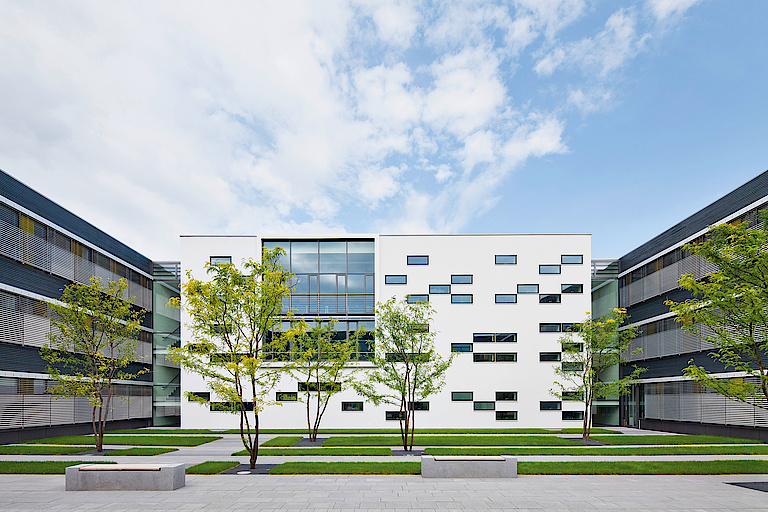 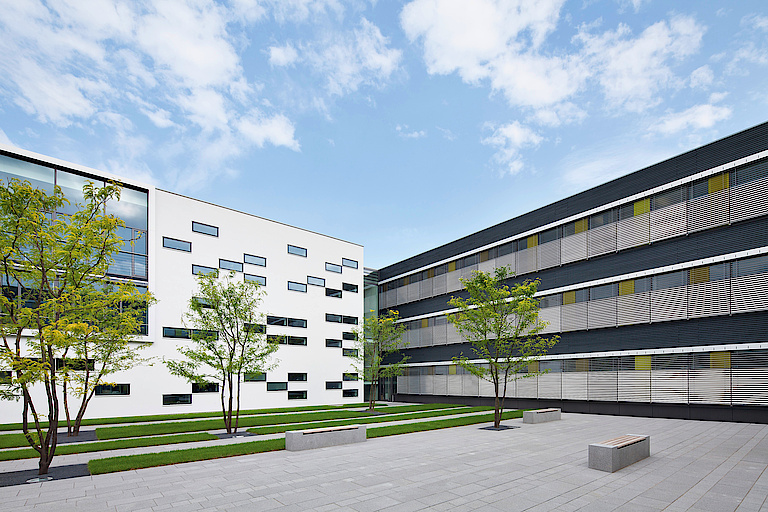 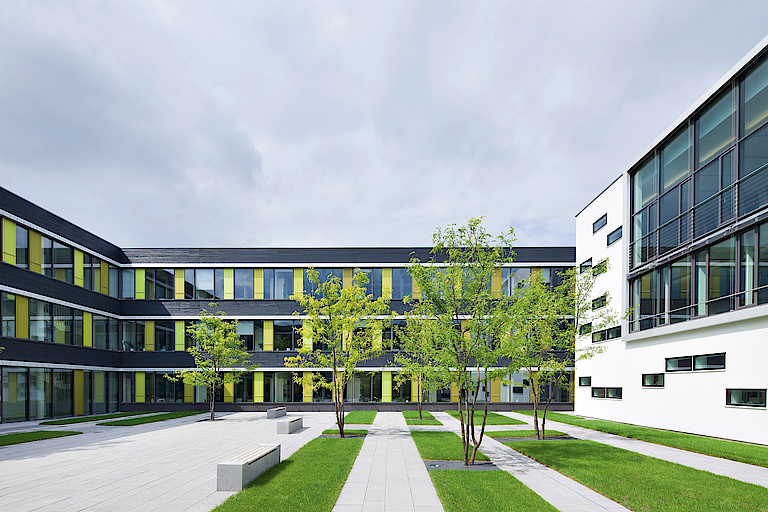 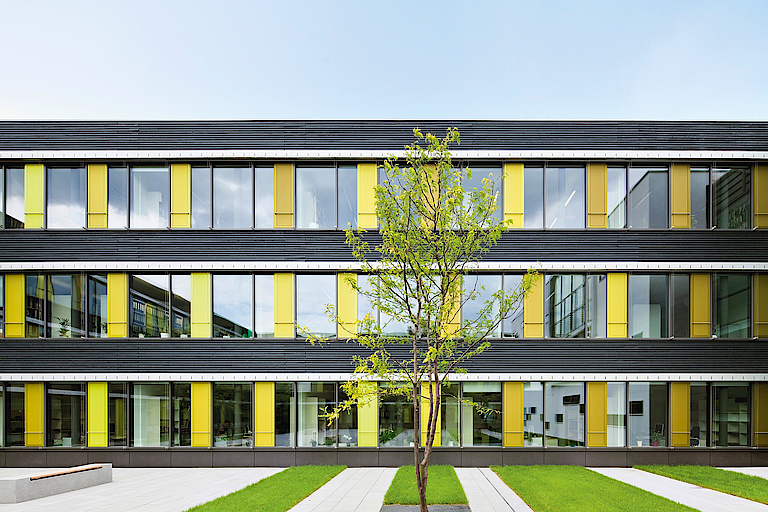 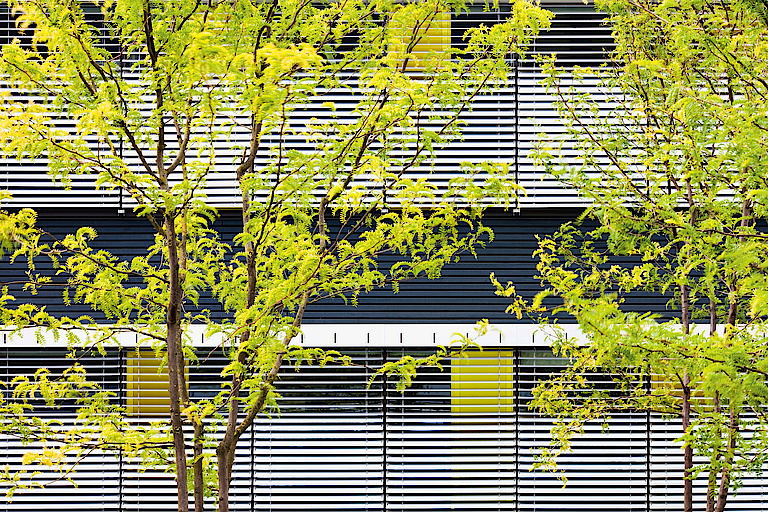 
The site of the administration centre with police station and tax office is located in the newly developed railway station area of the city of Geldern (NRW). The urbanistically exposed location on the western station square creates a link between the newly planned district and the city centre. As the first new building in the planning area, the administration centre outlines the quality and scale-forming development on the site.

The spatial offset of the up to three-storey buildings divides the site into scaled units, resulting in landscaped open spaces for the entrance forecourt and stationary traffic. The administrative buildings for the police and the tax office each occupy a square footprint and are developed as independent units based on their function. Common design elements connect the new buildings to form a cohesive ensemble of buildings and convey the image of a modern, open and citizen-oriented administration.