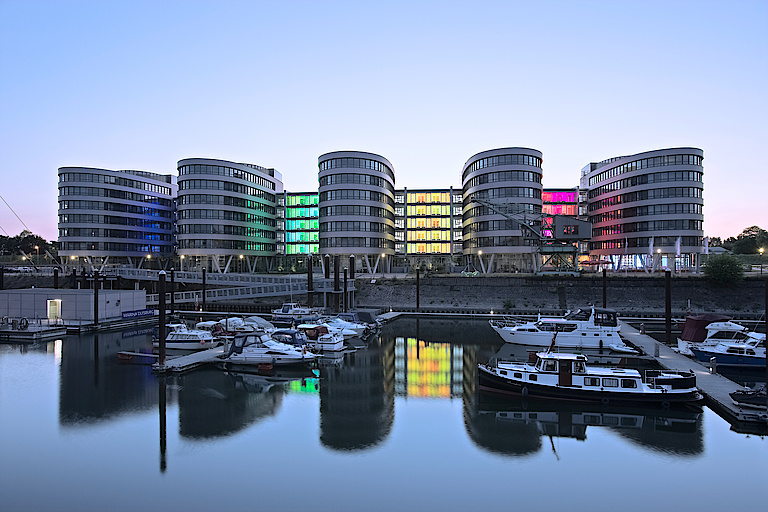 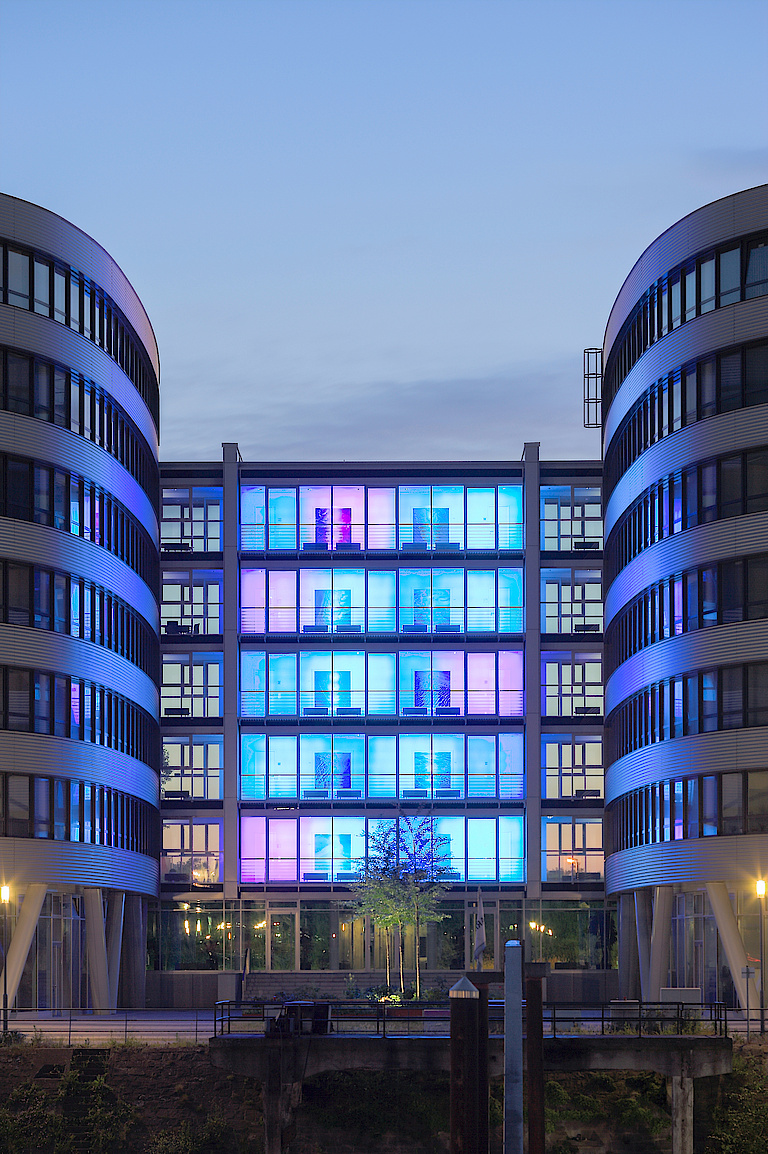 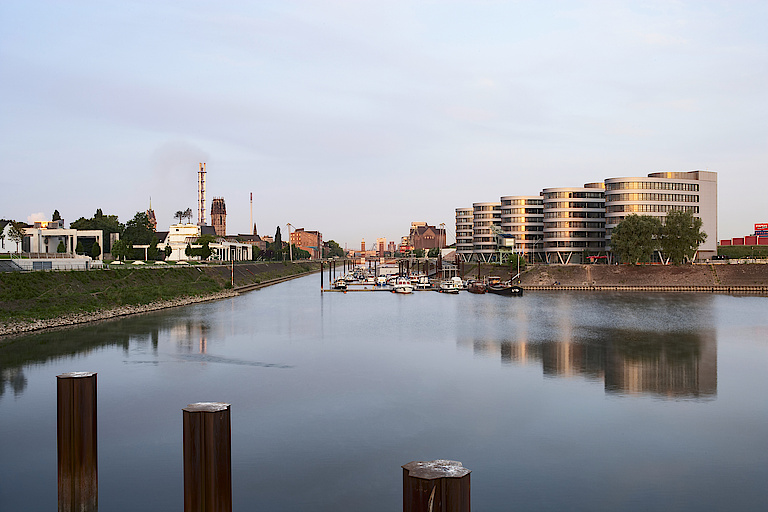 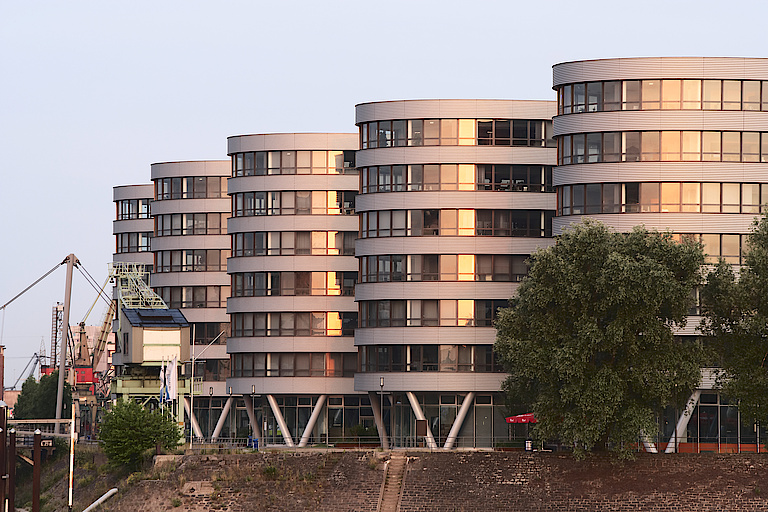 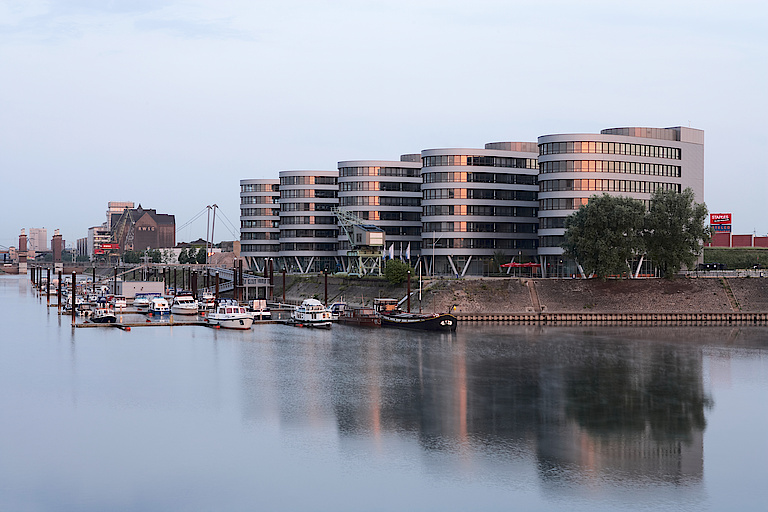 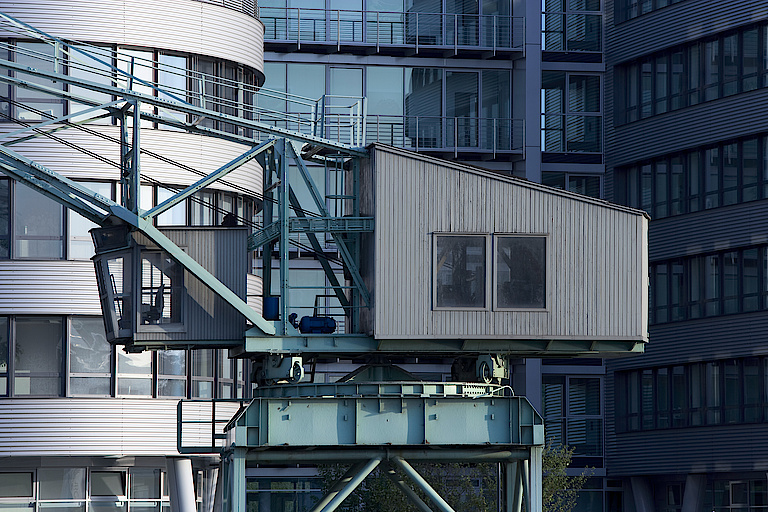 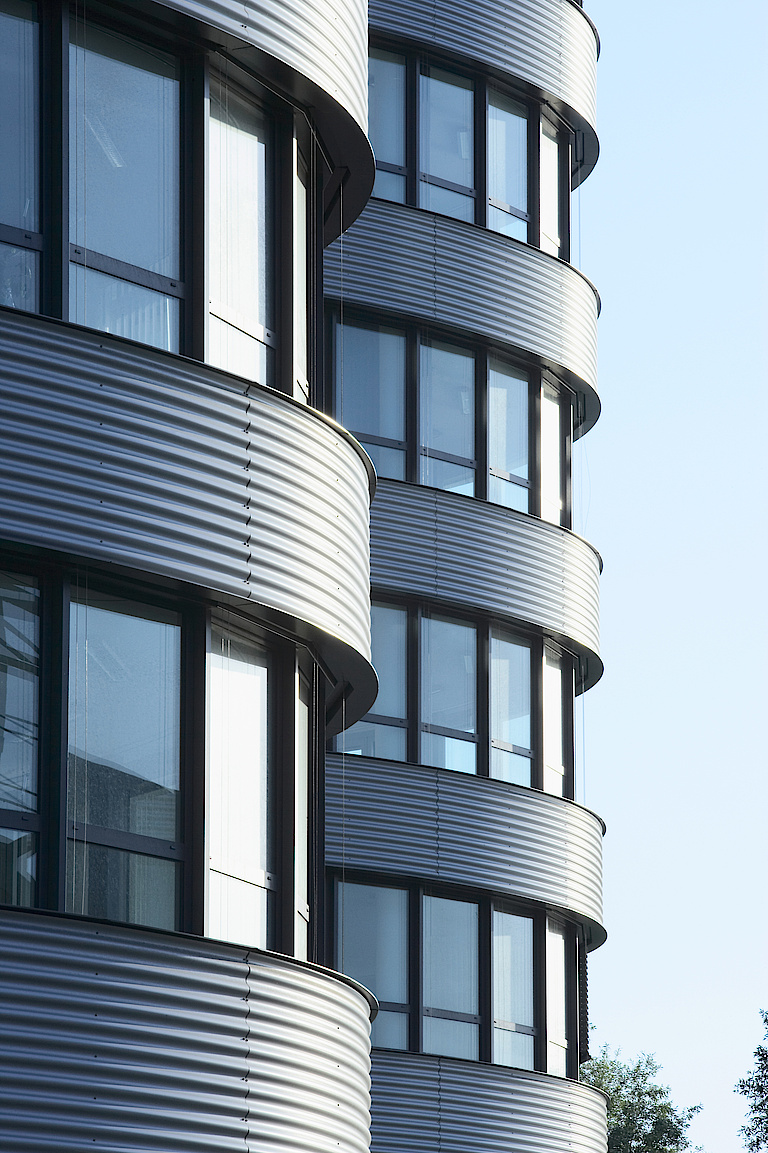 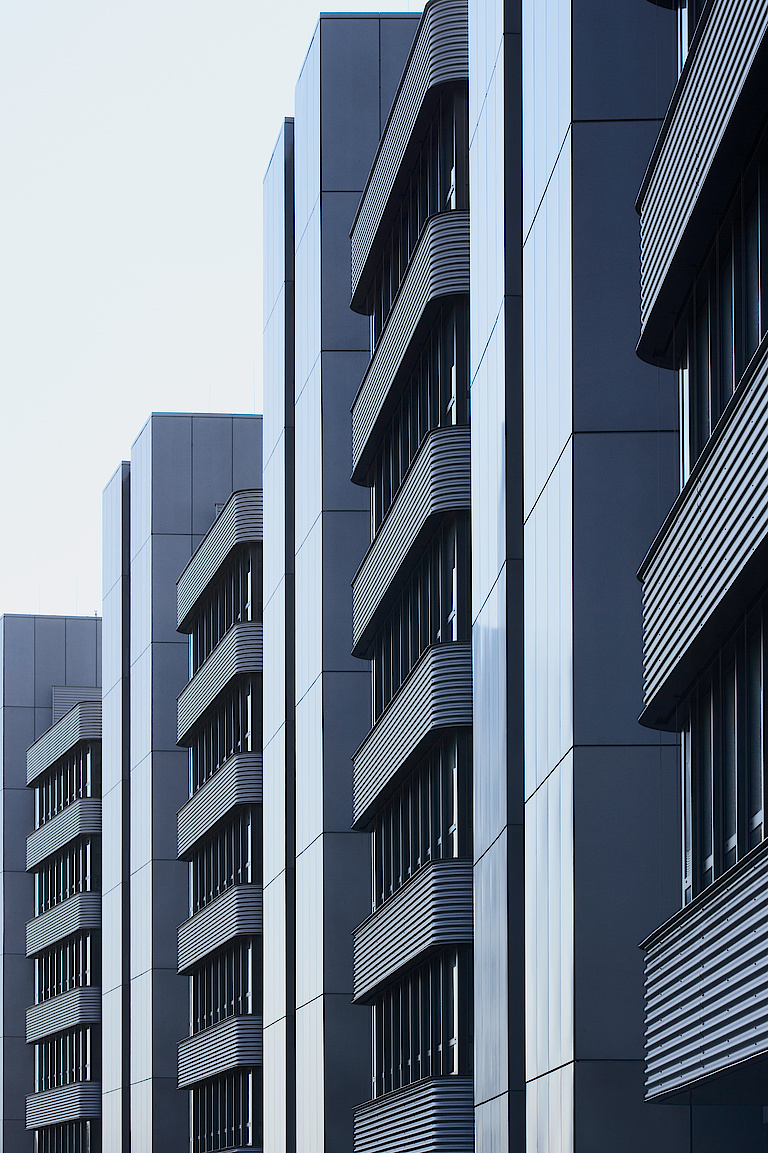 Duisburg is a historic city situated on the convergence of the Ruhr and Rhine rivers. Its Innenhafen (inner harbour), which forms the northern edge of the old walled city, is Europe's largest industrial inland harbour. Built in the late 19th century, it was known in its heyday as the 'breadbasket of the Ruhr' before falling into disuse in the 1960s. Over the past decade, it has been revitalised by a Foster & Partners masterplan and its 1.8km stretch with its excellent transport links is now a prime location for 'working, living, leisure and culture by the water'.

Five Boats - so called because of the distinctive shape of its five main buildings - is situated in the north west of the Innenhafen between the new Marina and the Holzhafen. In plan, Five Boats respects the existing structural line of renovated harbour buildings to the west. It is a comb form: five main volumes (the five 'boats') are arranged perpendicular to a long narrow volume that follows the curve of Schifferstrasse to the north.

An underground level (accessible from Schifferstrasse) occupies the maximum useable area of the building's footprint. It has space for car parking and also contains services.

The ground floor is sub-divided into courtyards. Either fully or at least partly open to the public, they are accessible from the Innenhafen promenade and provide sheltered areas of green space surrounded on three sides by retail and gastro facilities. These support the five boats on V-framed pilotis and have fully glazed facades, affording views from Schifferstrasse right through to the harbour.

Vertical circulation from the entrance and retail level (ground floor) to the offices is by way of lifts and stairs located in core units along the street elevation.

From the first floor level upwards, a typical floor plan is made up of the core (with services as at ground level), a reception area and office space. As the services are located in the core, the office areas benefit from a low level of noise pollution and flexible layout space, accommodating open plan, cellular and combination office configuration. Facing south, they benefit from views of the harbour and the historic centre of Duisburg.

The reception area allows access, not only to the offices, but laterally to the monitors. These contain walkways with harbour views and, towards the street, conference facilities and kitchenettes. They form a continuous strip, connecting each boat from ground floor level right up to two storeys below the roofline, creating an undulating form in elevation that lightens Five Boats and helps to make its five main shapes even more distinctive.

As the building curves to follow Schifferstrasse and the creek, the spaces between the monitors widen to leave appreciable views from the street to the harbour. This separation, strengthened by the extensive use of fenestration in the monitors, makes it possible for Five Boats to be divided into self-contained buildings should the need arise, without any intrusive degree of redevelopment.