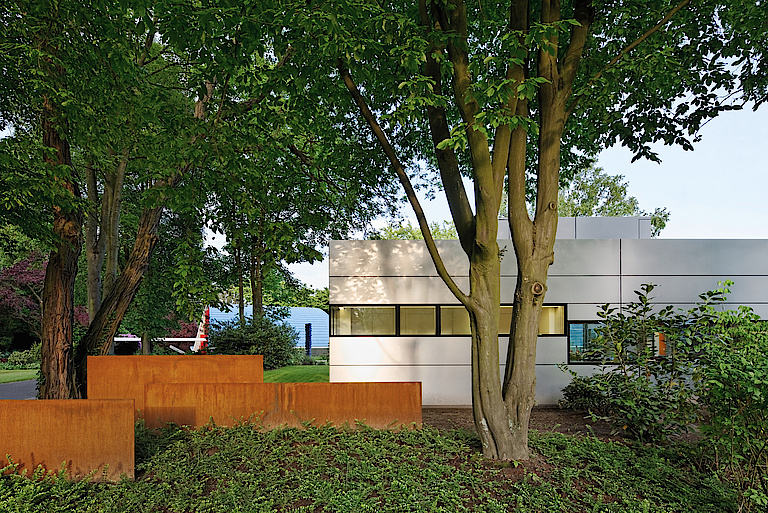 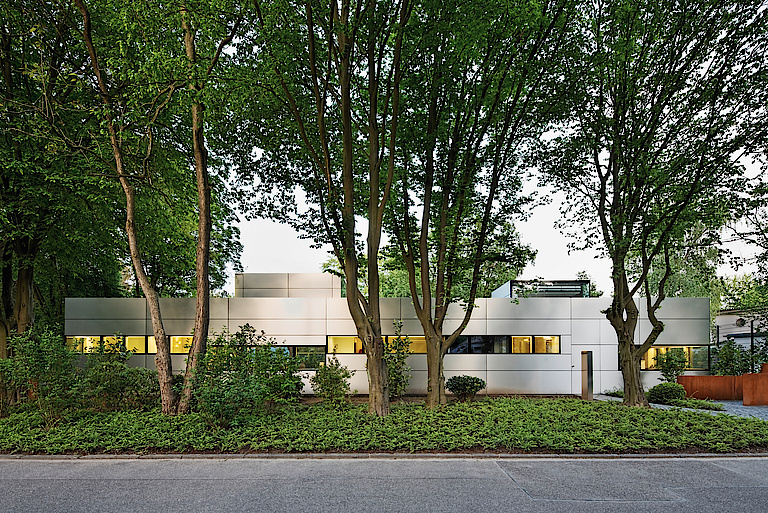 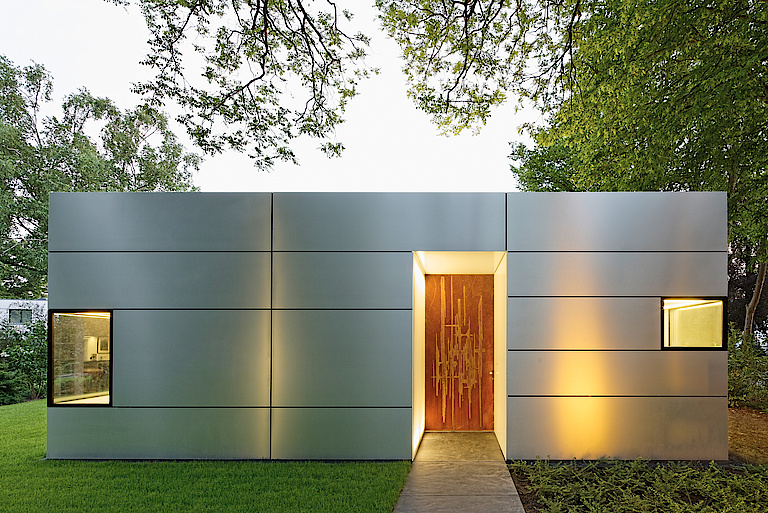 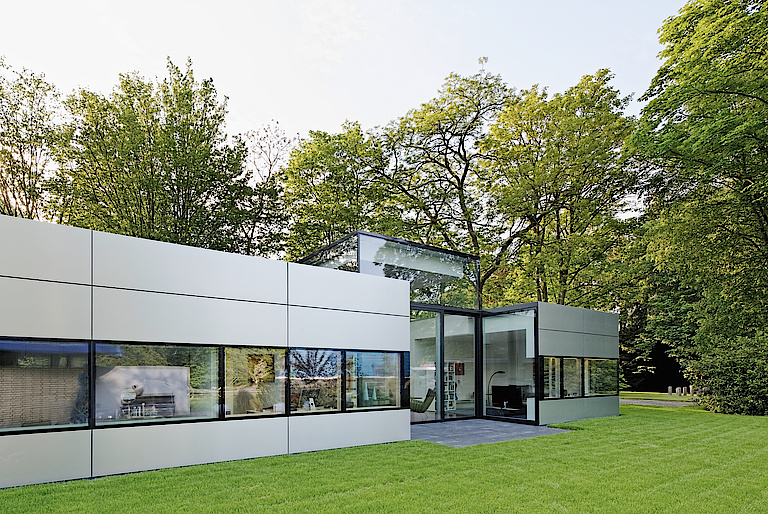 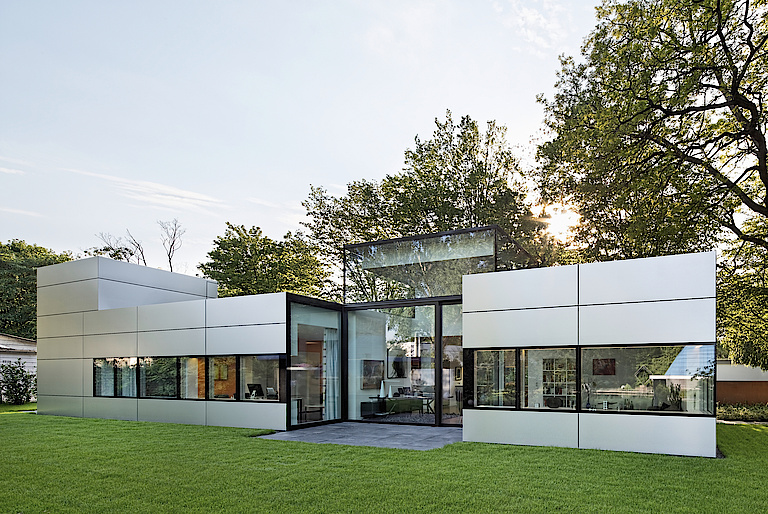 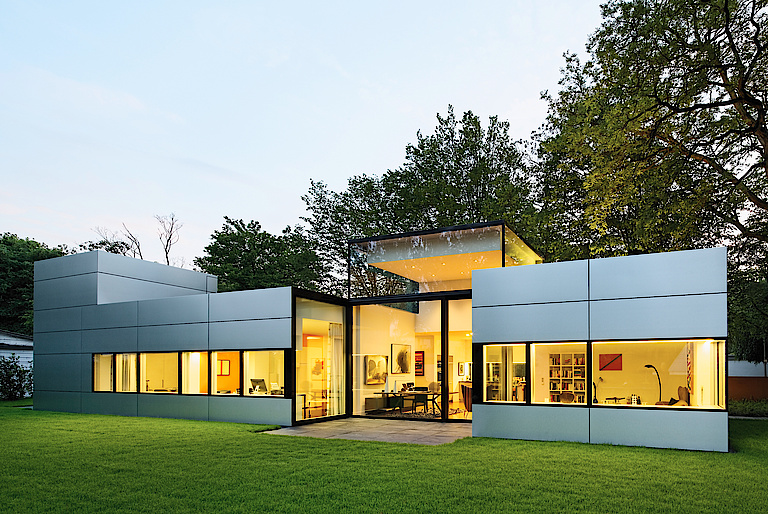 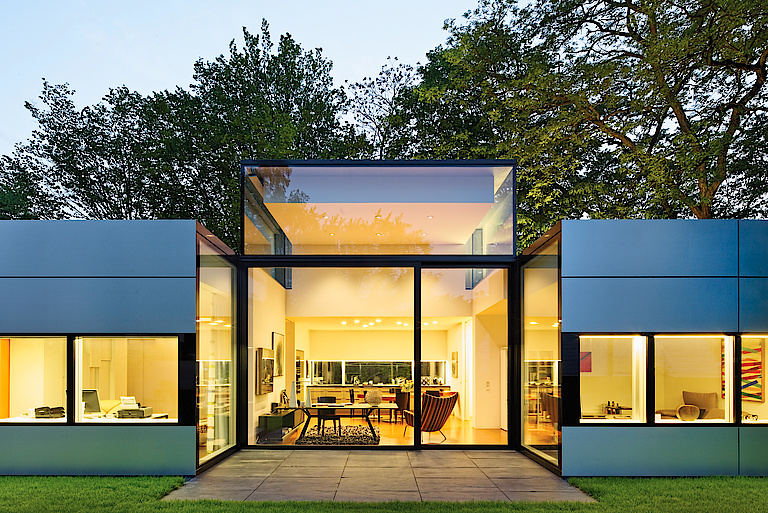 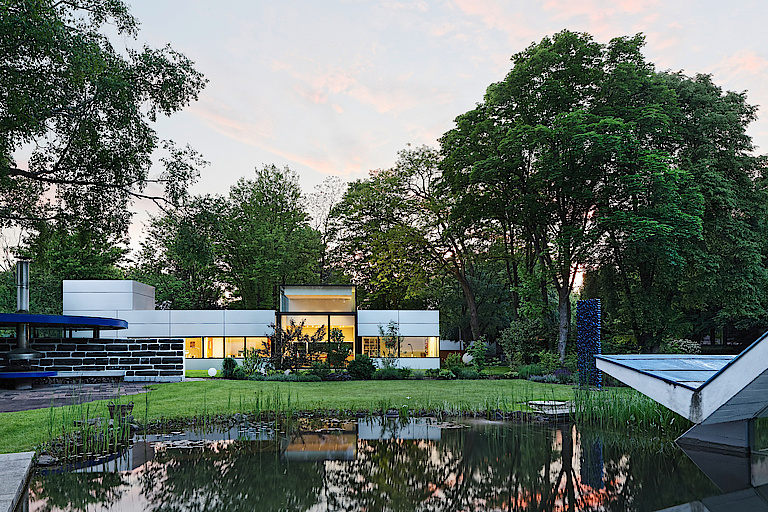 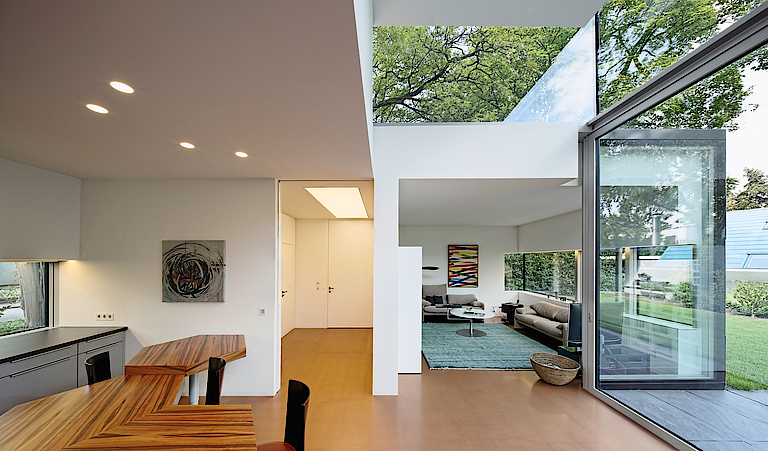 Next to the listed house X1, which Peter Neufert built in 1959, a new, barrier-free building for one person was to be constructed, with a granny flat that could be added.

The design approach envisages building over the existing area of the old tennis court with a single-storey cube from which two masses are cut out, lifted up and turned onto the roof. This creates two high rooms on the flat surface, which create volume, allow large views into the park and bring sun into the interior of the building from several sides.

In order to protect themselves from the street in terms of sound and energy, the serving rooms are arranged in the northwest. The closed design of the north façade corresponds to this approach. The glazed south side, which opens up in large parts to the garden and the existing building, is formed by the two cut-out building masses, which are fronted by the terraces.