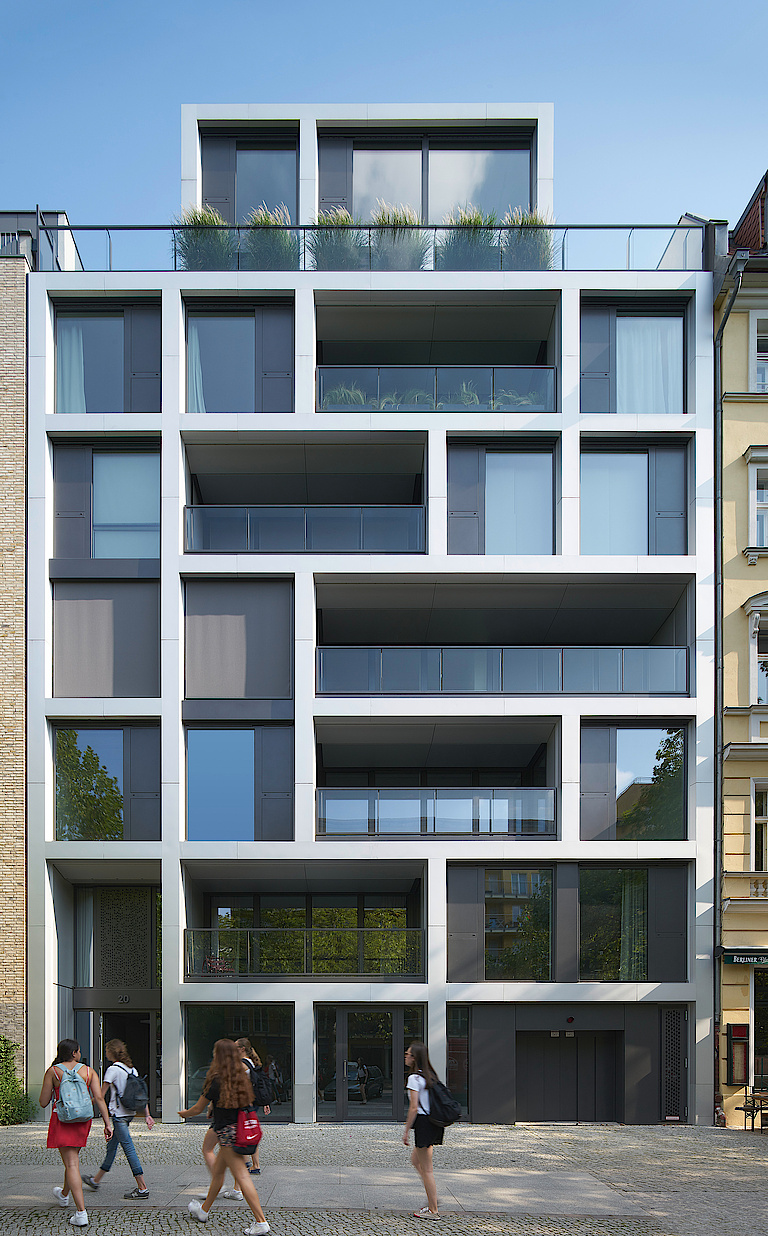 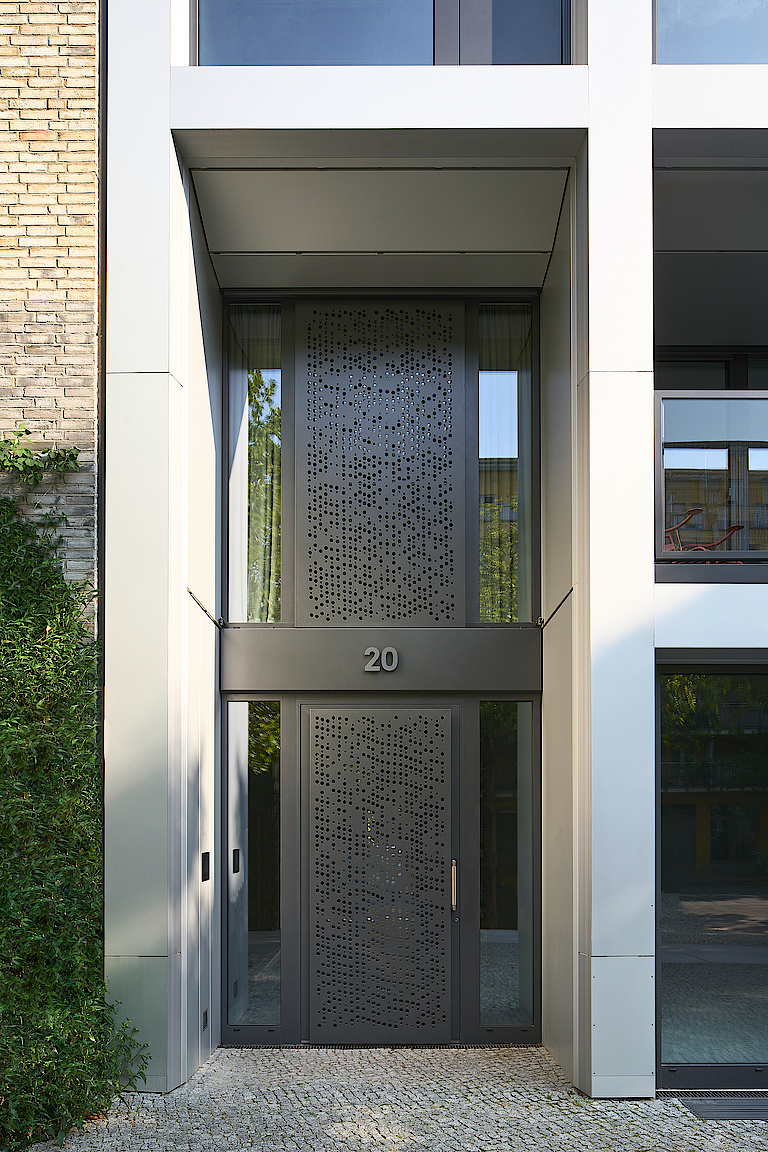 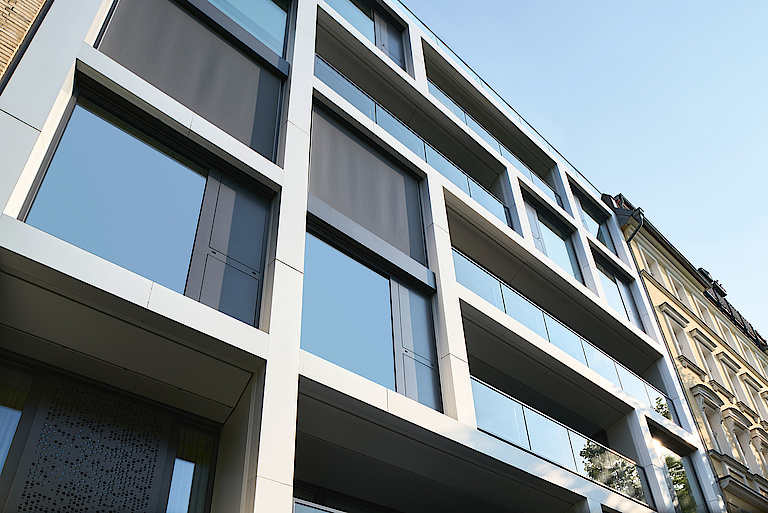 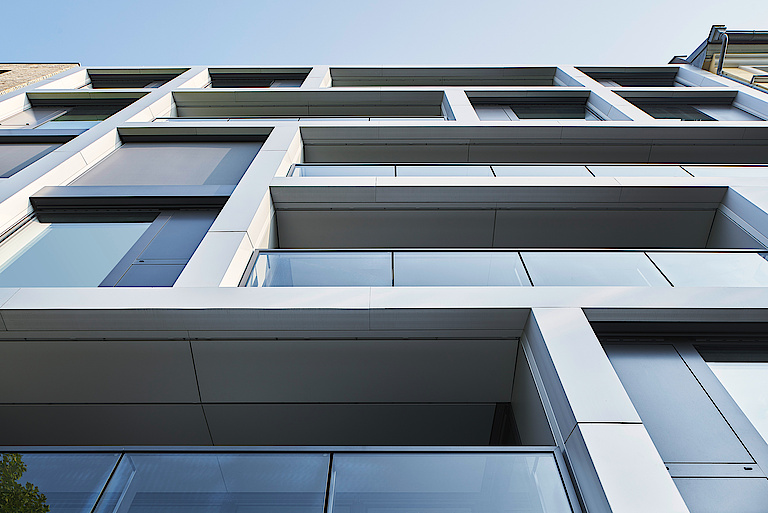 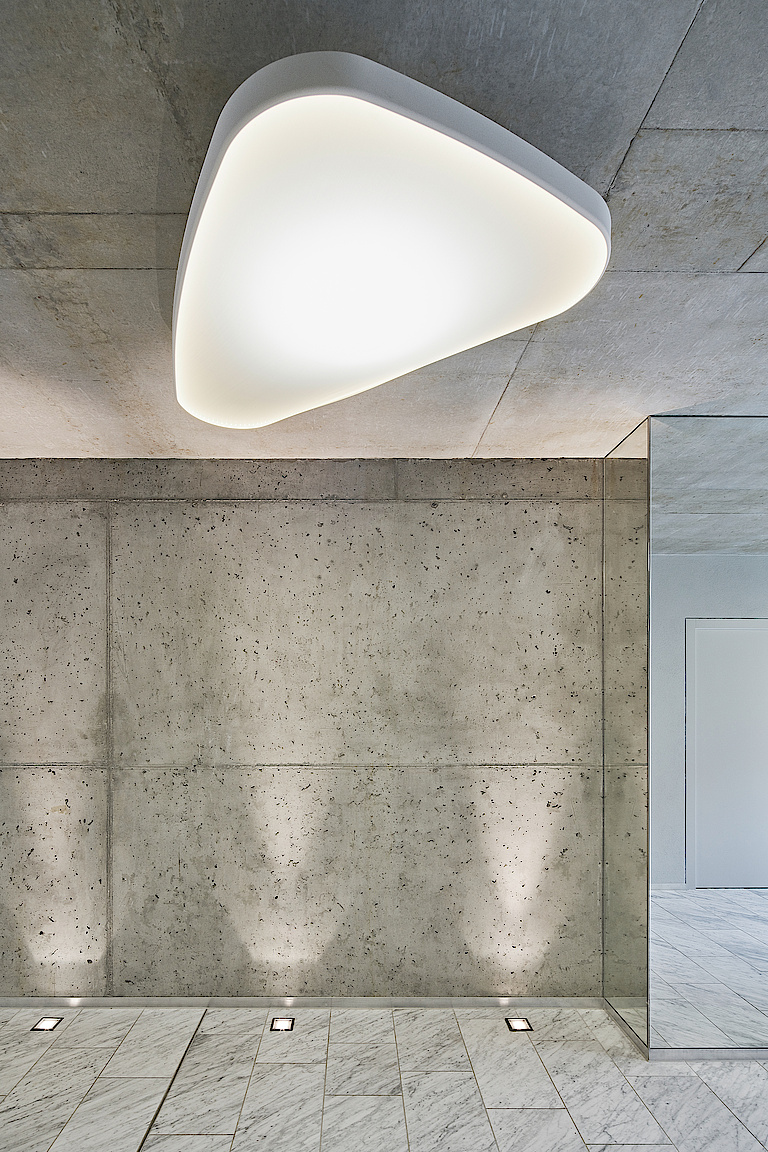 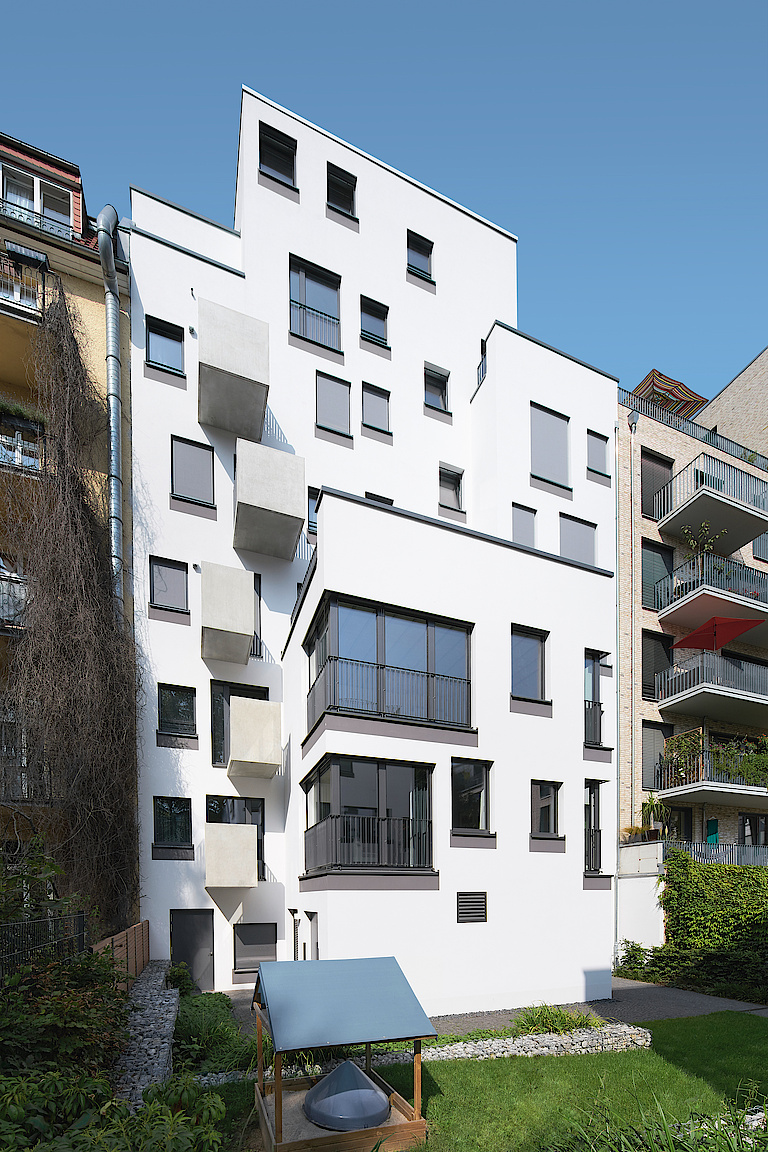 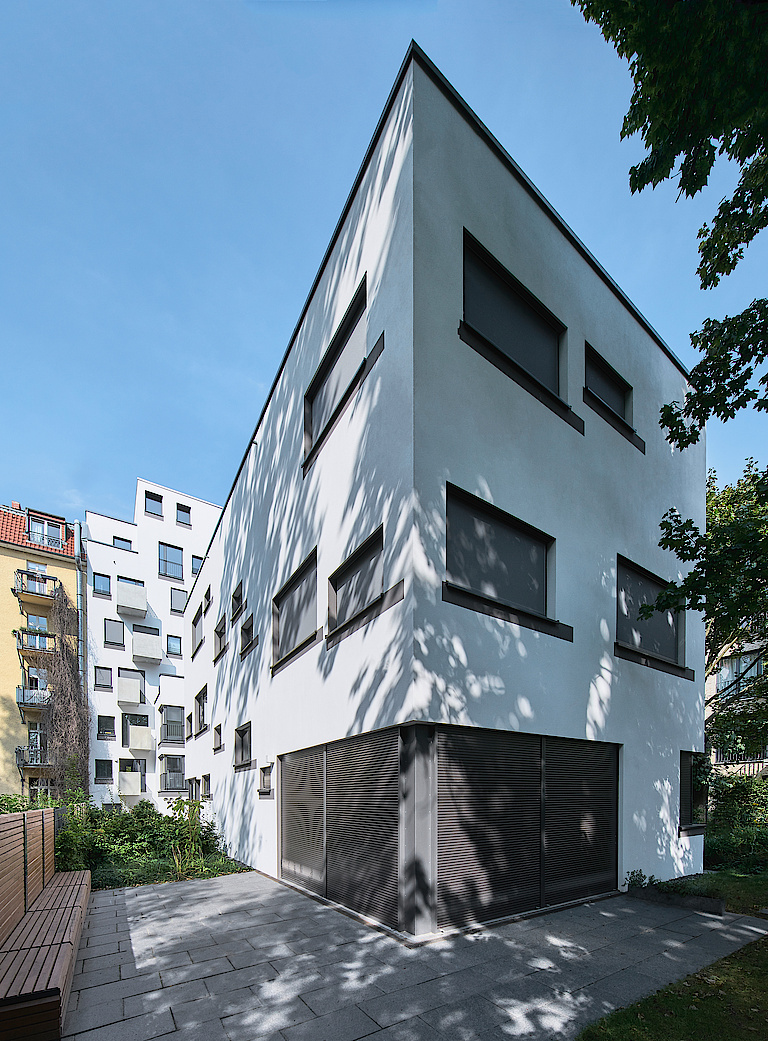 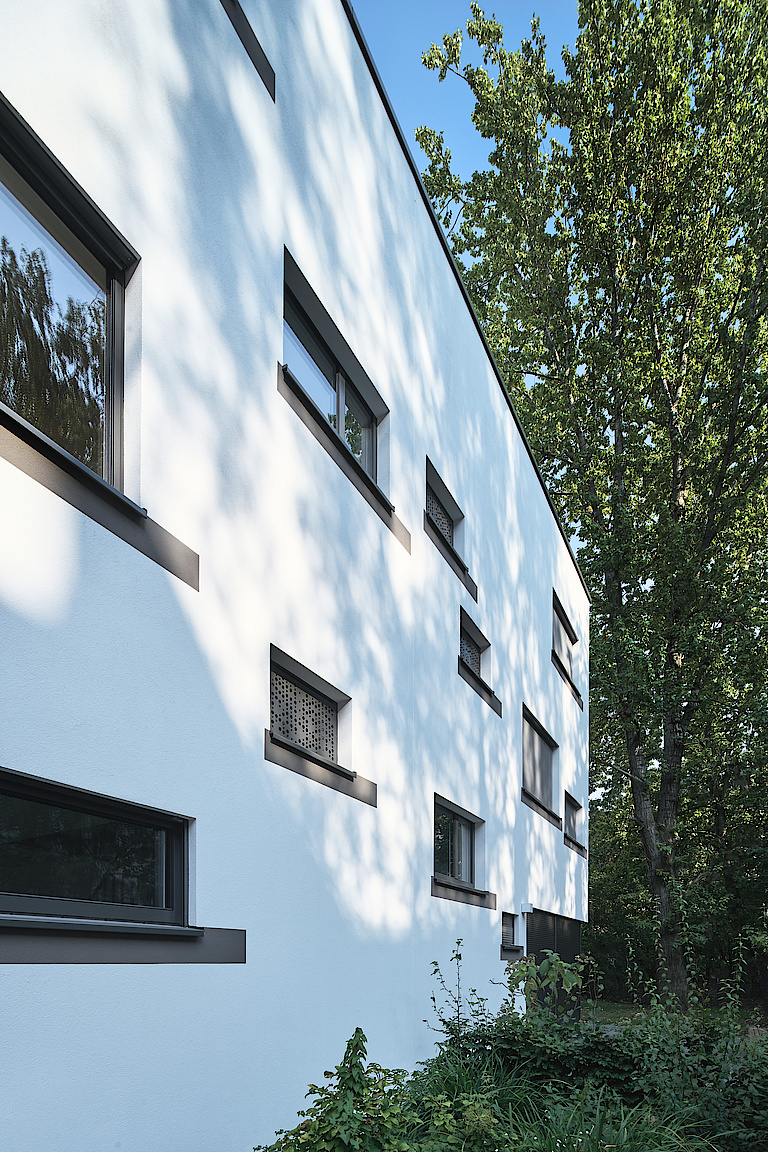 
The building stands on the street and in the row, to its left a new building, to its right an old building. The next building is already the corner building on Metzer Strasse, which here cuts through Senefelderplatz, which in turn lies only a short distance northeast of the centre of Berlin, in Prenzlauer Berg, a district particularly popular for living.

The 8 storeys above ground level contain 6 flats, some of them maisonettes and some of them flats, with areas of between 120 and 180 square metres. The two uppermost storeys are above the eaves and are designed in the style of a penthouse, with a wide balcony strip in front. A garden house behind the front building offers 2 further flats.

The front facade, facing northwest, refers to the facade of the new building to the left due to its alternation of horizontal and vertical lines; it also offers the structure of a shelf. The underground garage has space for 10 cars.