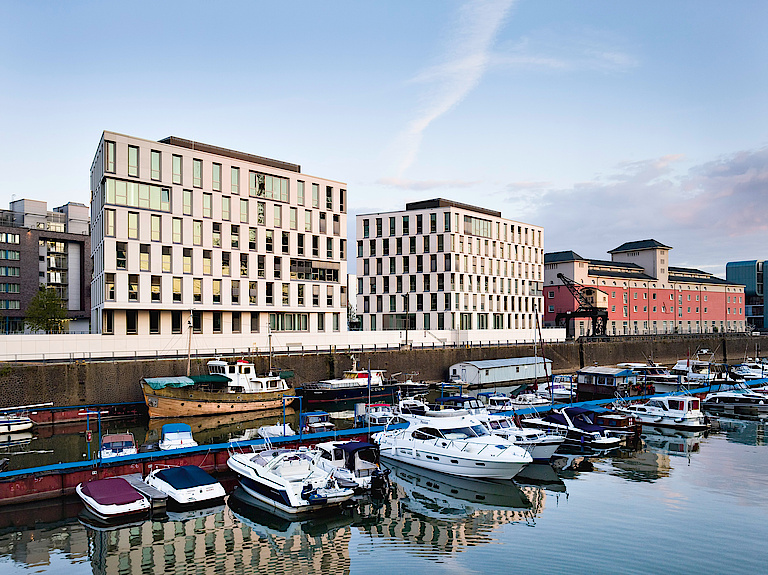 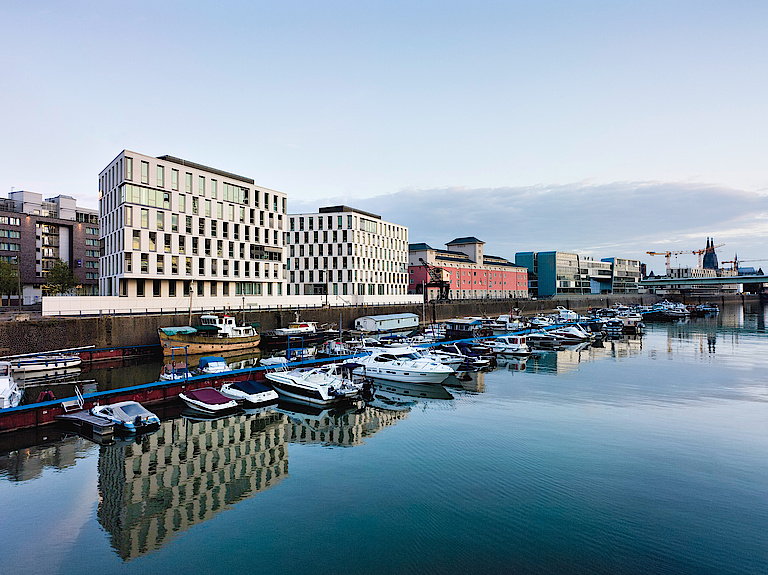 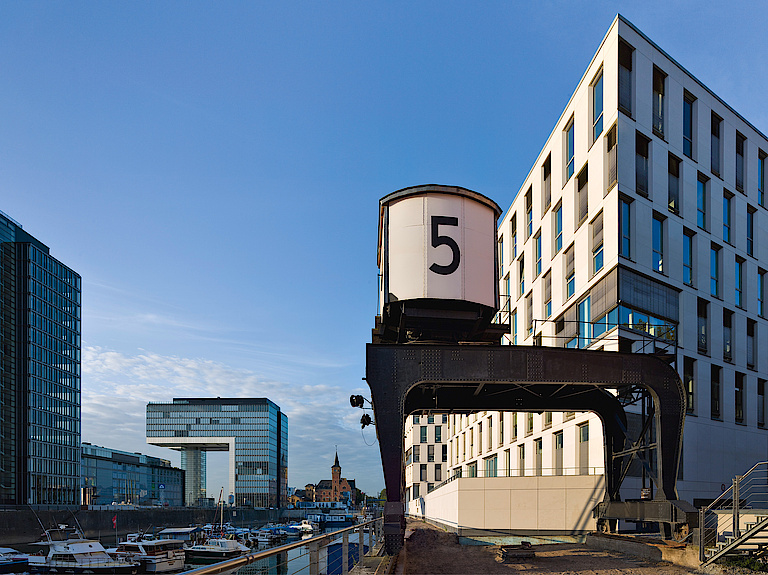 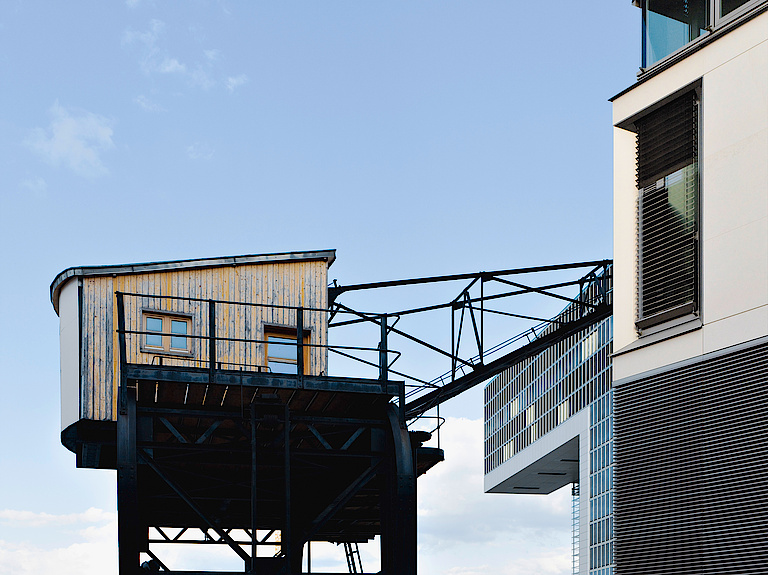 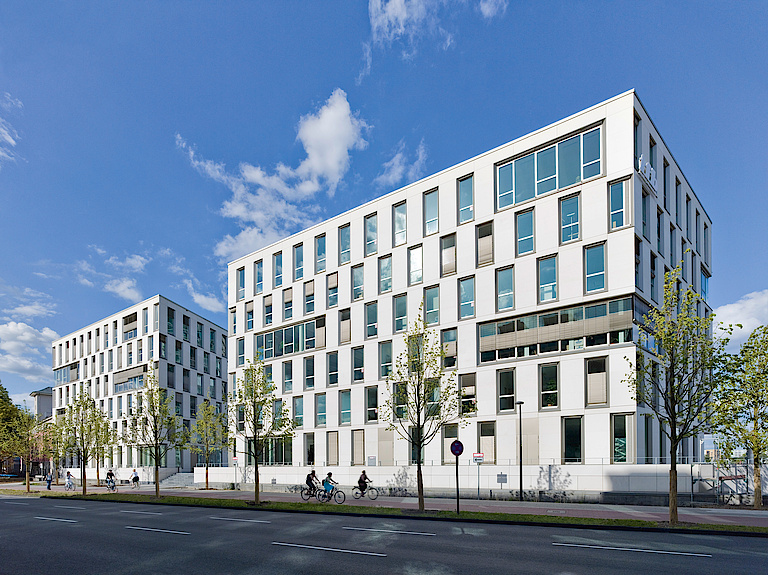 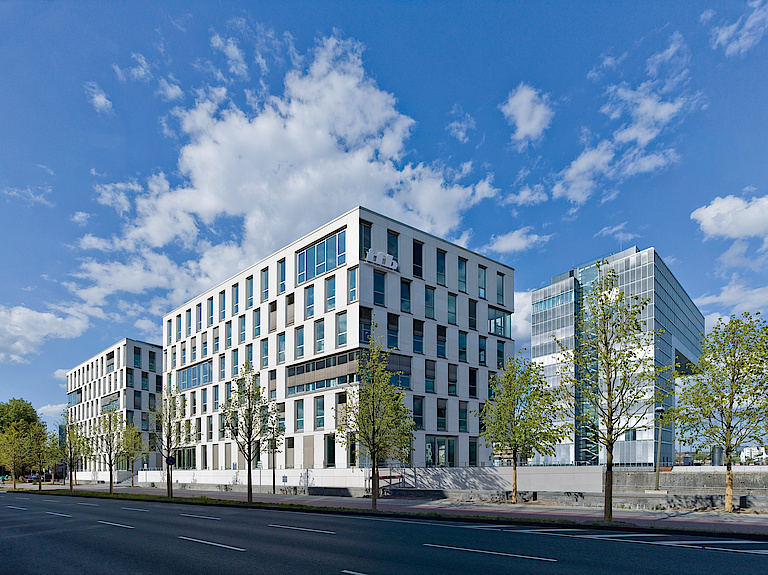 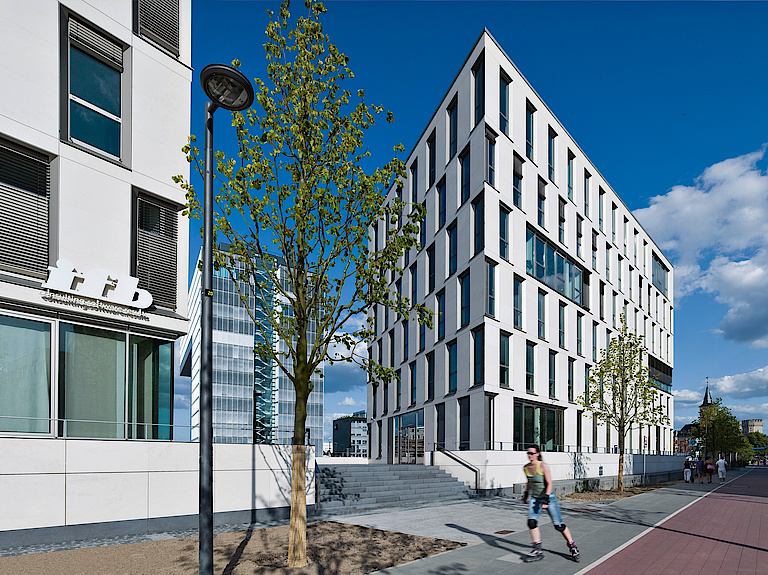 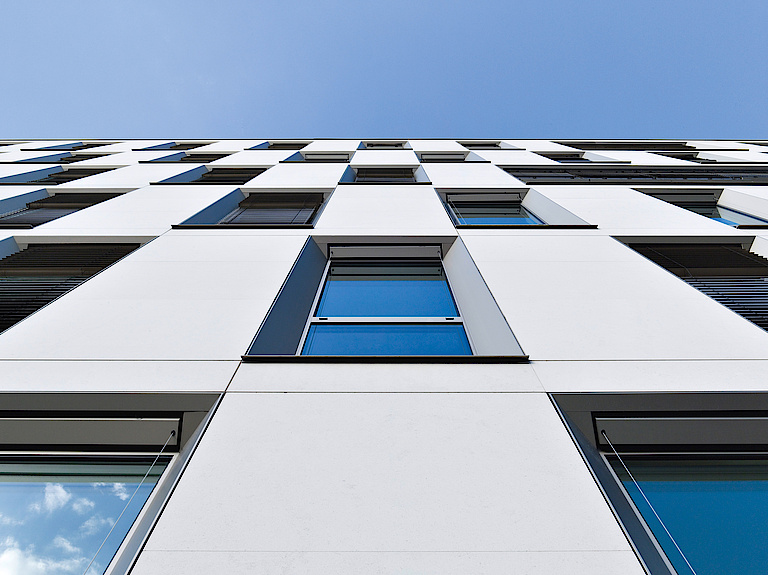 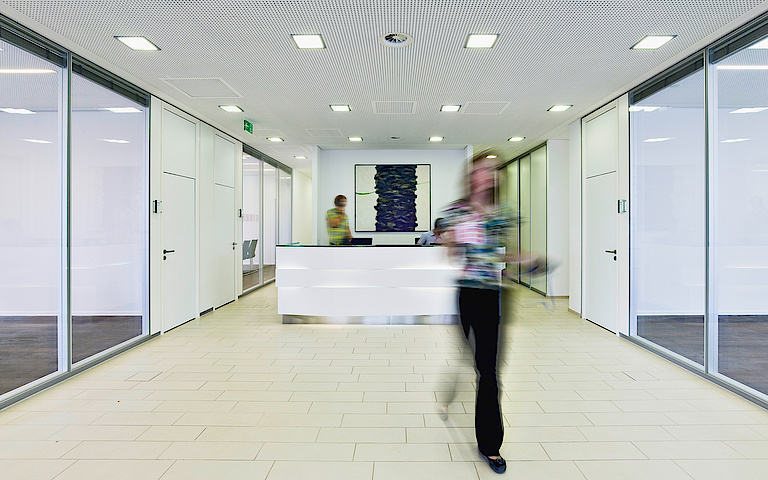 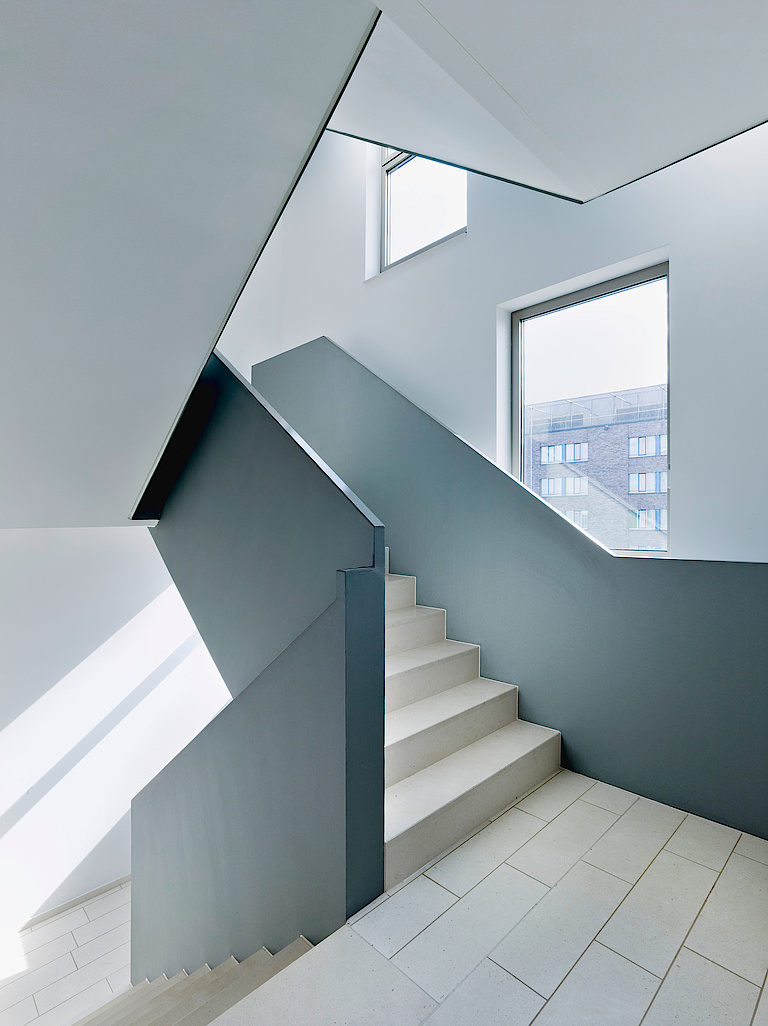 
The Pier 15 office ensemble in Cologne's Rheinauhafen forms the southern prelude to the chain of buildings along the marina on Bayenstrasse in the direct vicinity of the Kunsthaus Rhenania.

Two six-storey, trapezoidal structures are positioned on a common base on the basis of the urban planning specifications. With the aim of strengthening the clarity of the particular geometric form and its effect on the spaces in between, the façade is abstracted in a chessboard-like alternation of open and closed façade sections. This regularity is broken up by large-format glass surfaces that reflect the special features of the interior to the outside.  The closed parts of the façade are covered with a light-coloured natural stone in reference to the colour play of the listed harbour buildings - in contrast to this are the strongly accentuated opening frames anodised in a warm golden tone.

The entire building, used as company headquarters with a total of approx. 6,000 sqm of usable space, forms a harbour building block at the central entrance to the Rheinauhafen through its sculptural effect.

The buildings are accessed via large open staircases and ramps that cut into the base floor, which is used as a garage. Offices are grouped around interior cores on the 17.50 metre deep floors - the central zones are used as flexible meeting areas, general communicative zones, storage and archive space.