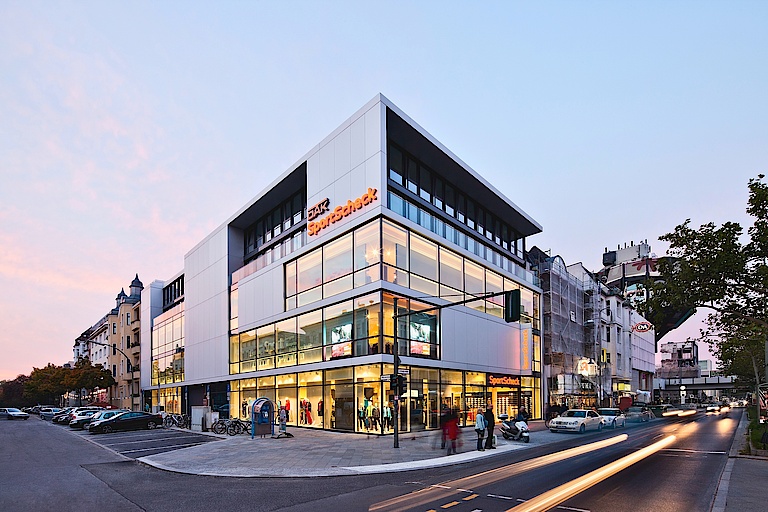 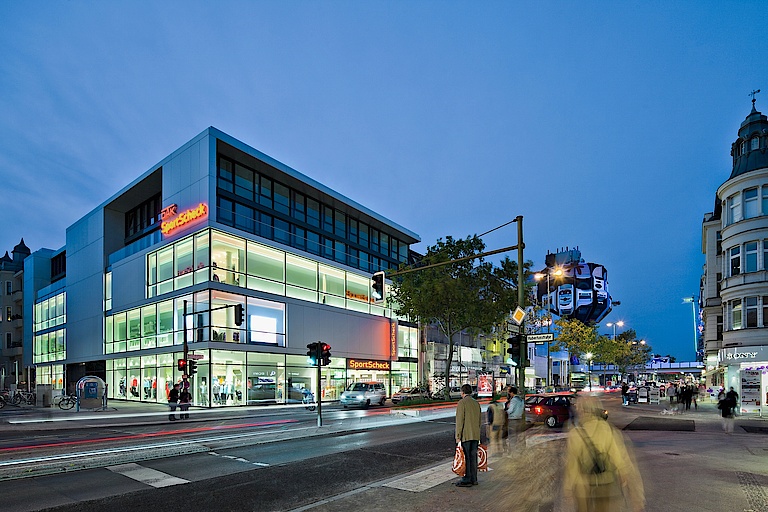 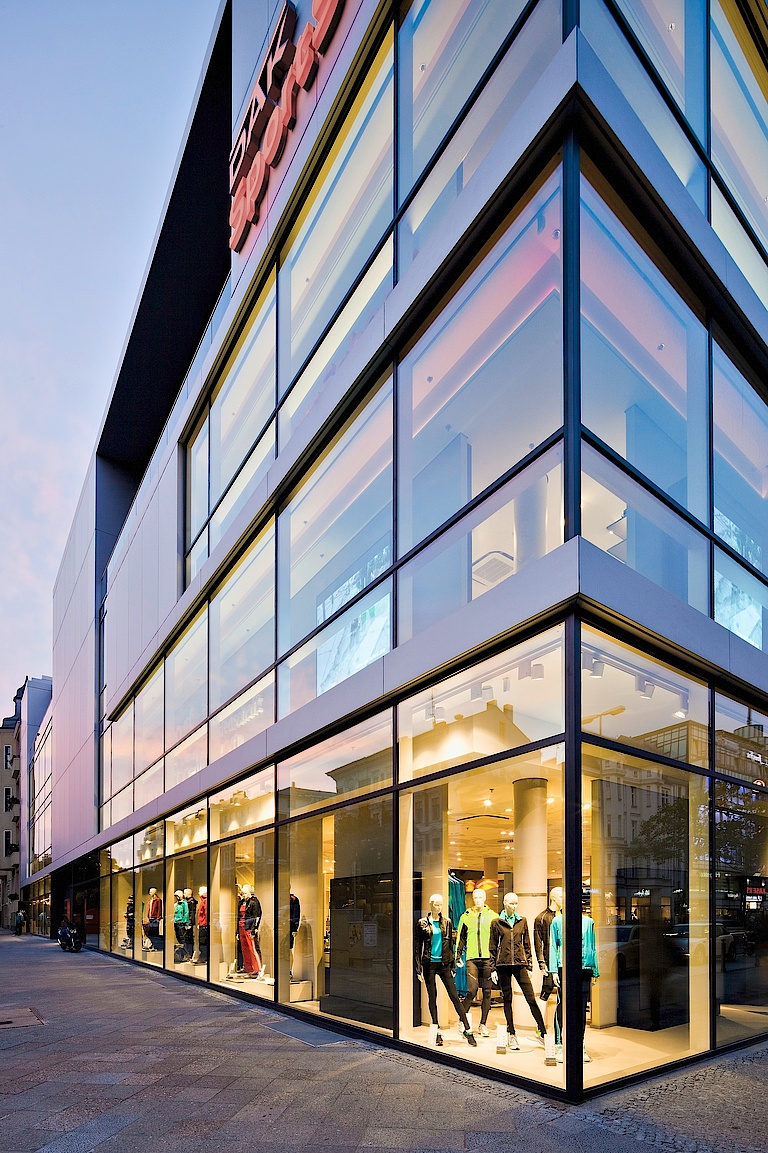 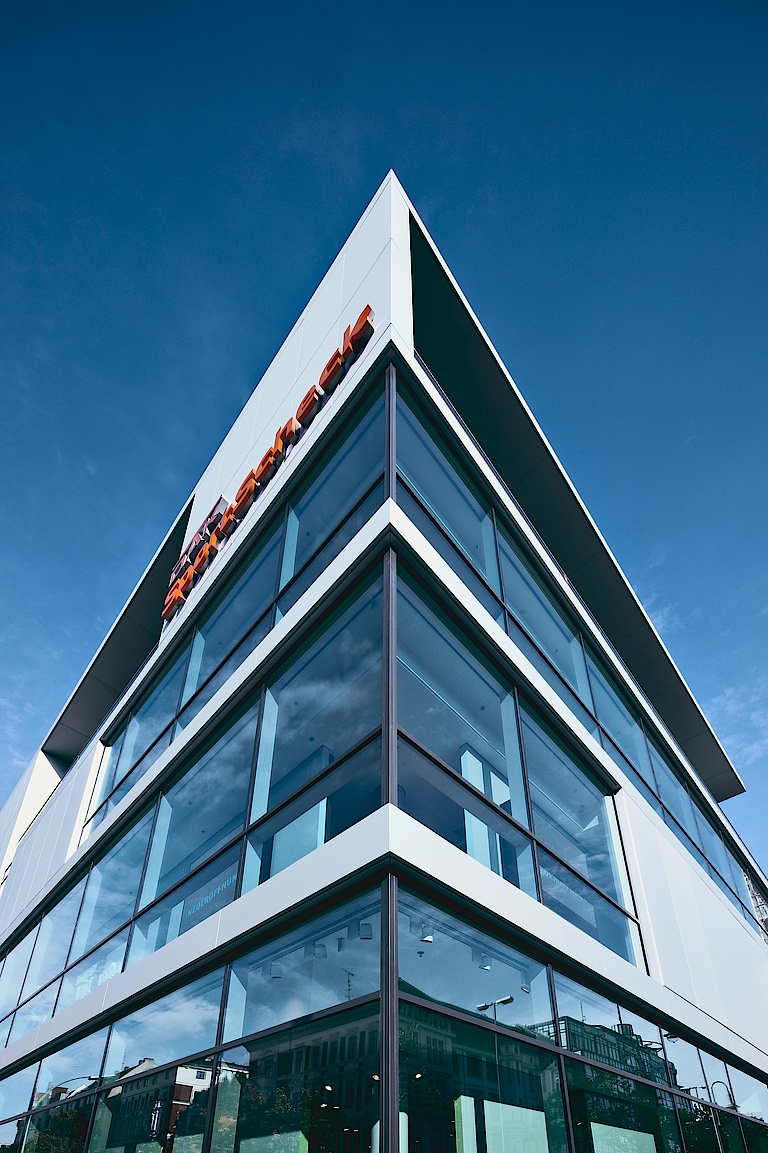 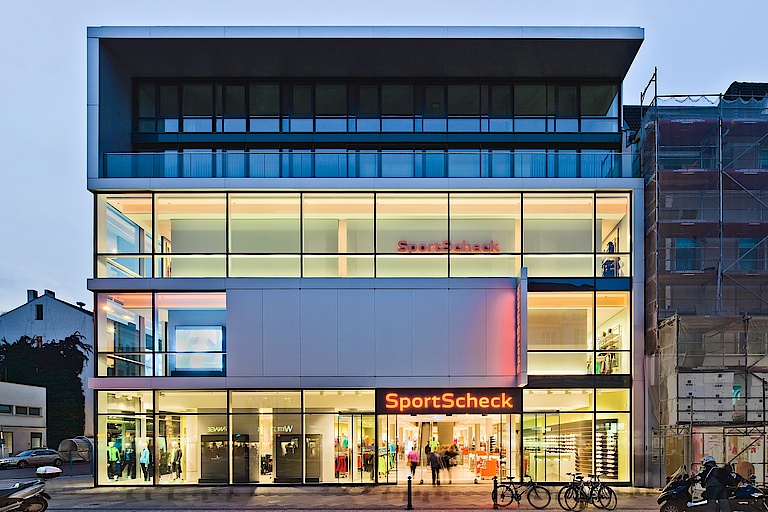 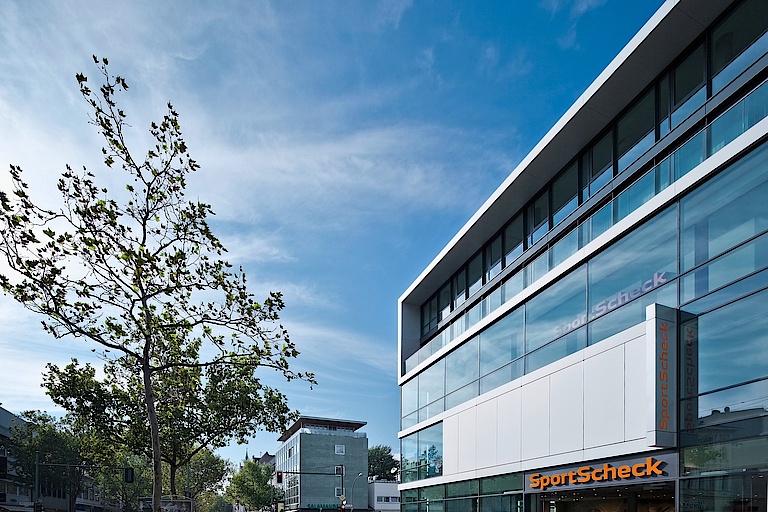 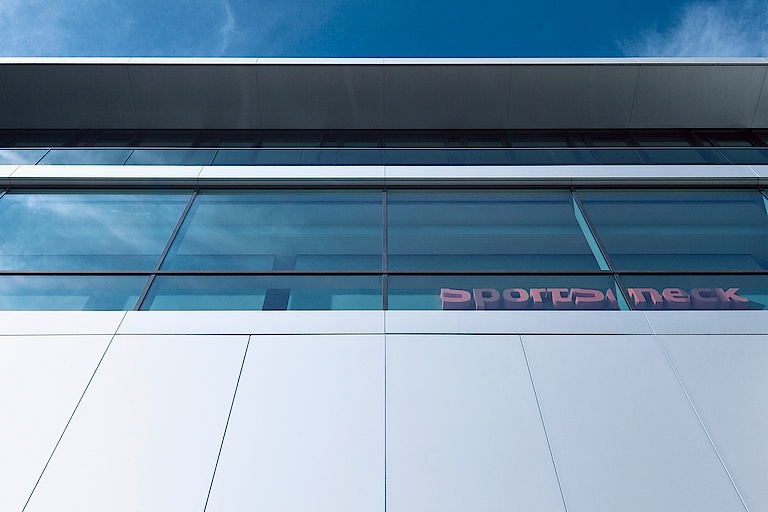 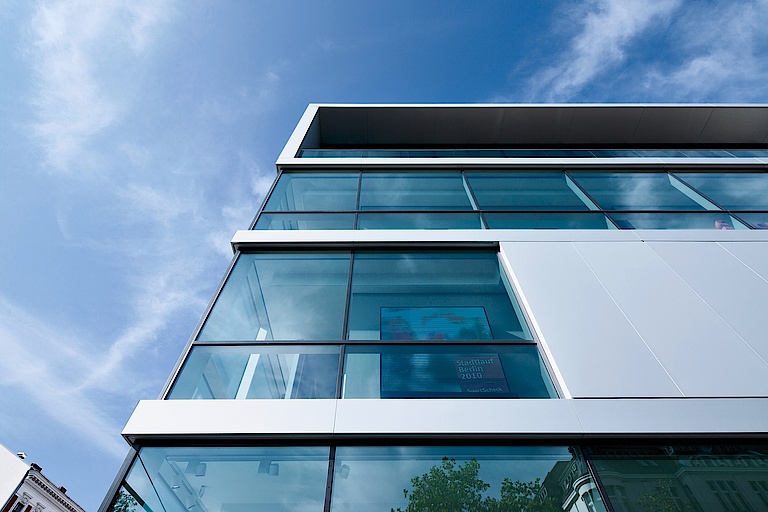 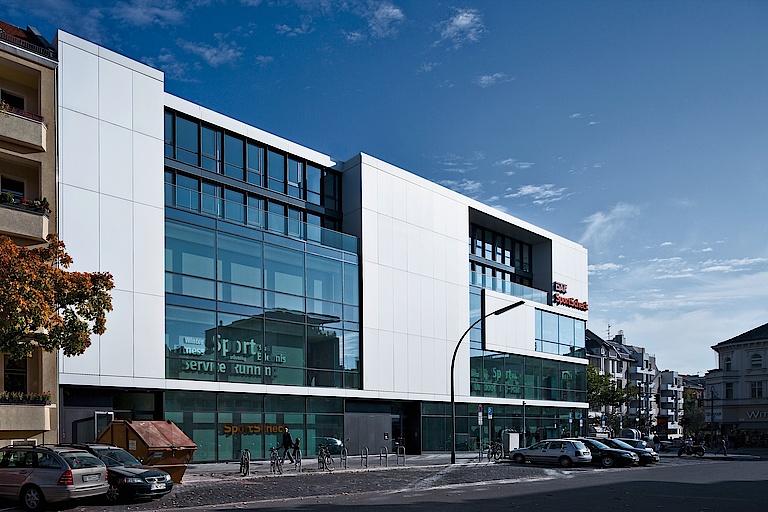 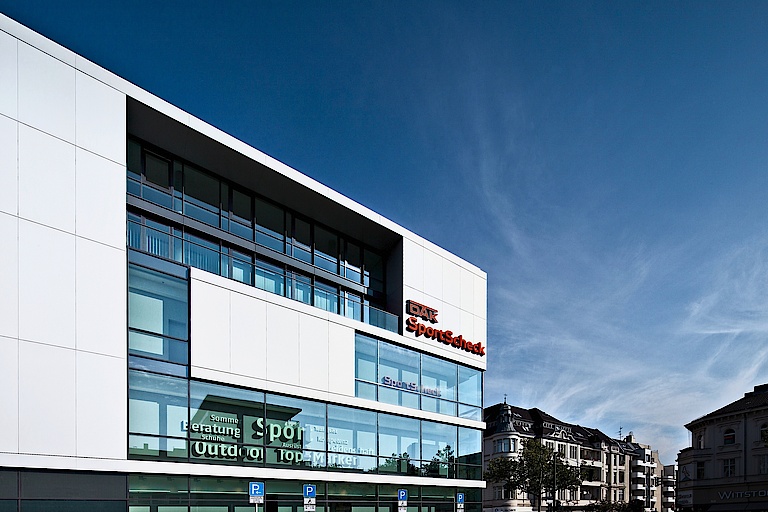 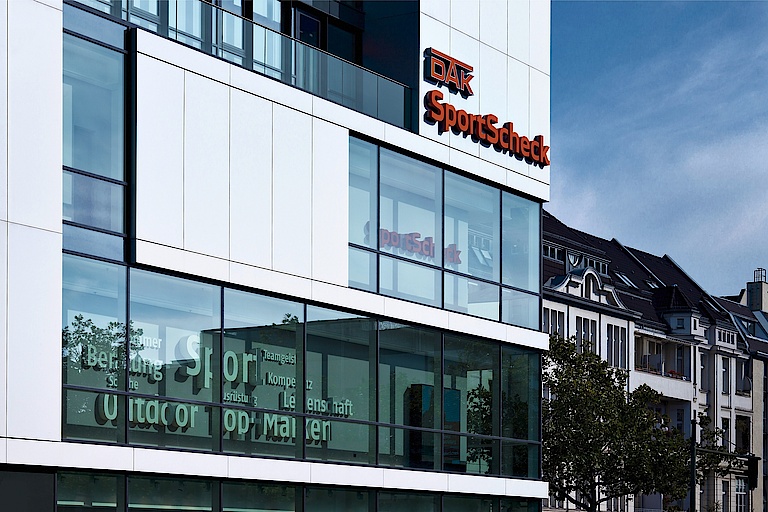 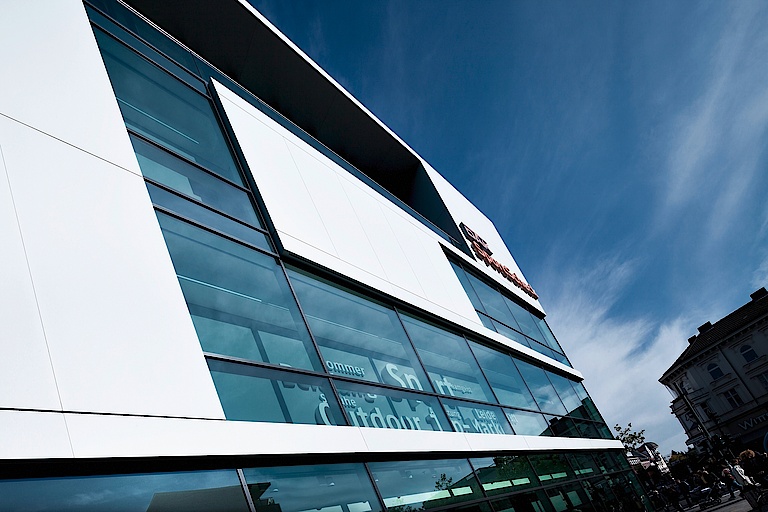 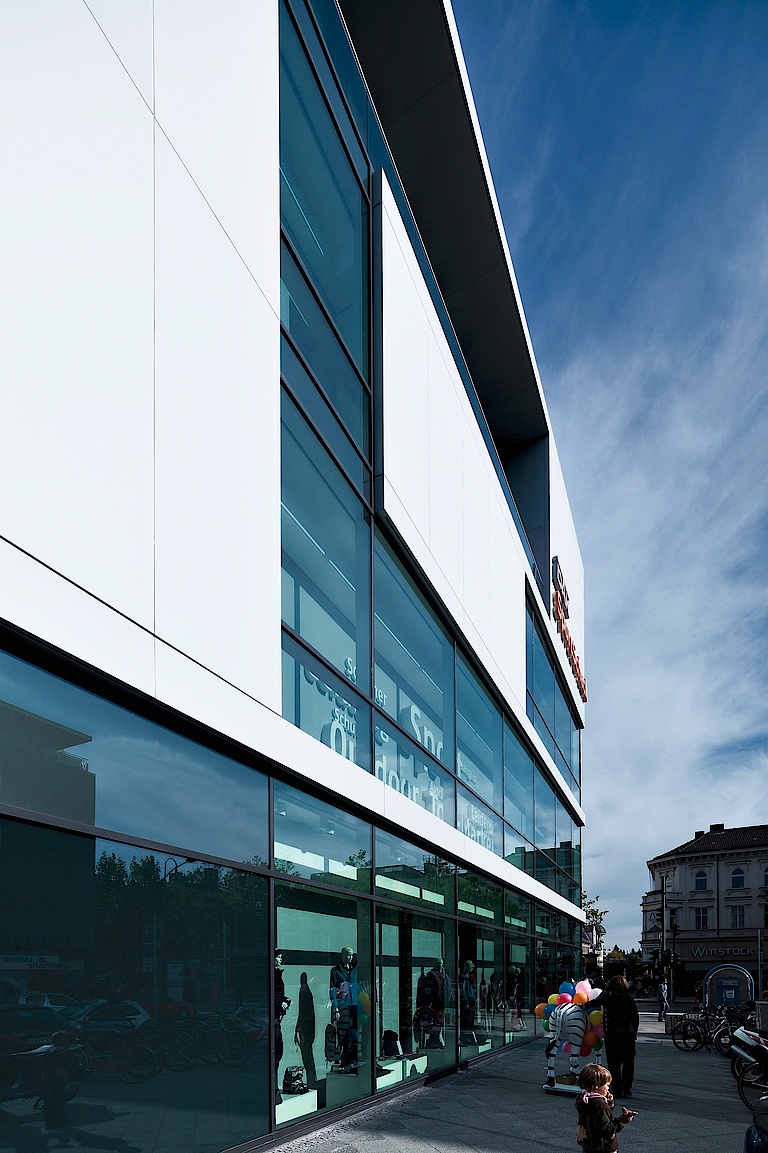 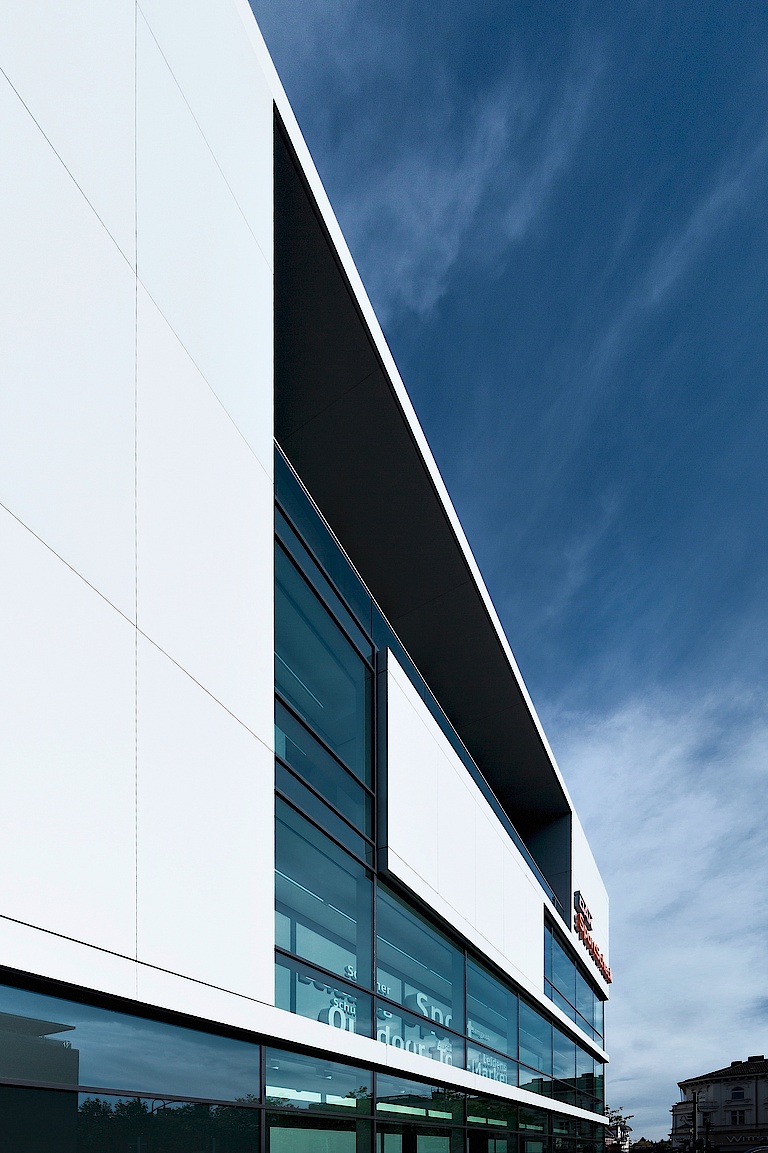 
Characterised in its architecture on the one hand by numerous urban residential buildings from the period before the First World War, and on the other hand by commercial buildings from the 1970s to the 1990s, Schlossstrasse in Berlin's southwest is at least as busy a shopping and traffic street as Kurfürstendamm and Friedrichstrasse in the centre of Berlin.

The building occupies a corner plot and stands with its narrow side on Schlossstraße, with its long side on Ahornstraße. The reinforced concrete housing is partially clad with panels of aluminium, whose matt colour appears as grey-white or white-grey depending on the light. Both façades attract attention through the strong contrast of their open as well as their closed surfaces. At the same time, this aesthetic contrast is also functionally legitimised at every point.

In order to attract passers-by from the outside to the inside, the sports house - which spreads out its goods on the basement, ground, first and first floors - appears as a largely glass structure with horizontal, floor-to-ceiling windows. The recess at the level of the third floor, the balustrade of the balcony strip and the floor-to-ceiling windows on the third and fourth floors mark the office area.

There is no question that the main entrance to the sports building is on Schlossstrasse. The entrance to the offices is on Ahornstraße, in the rear sections of the building. Incidentally, the building could also provide space for 2 different shops. The sales area could be divided from the basement to the first floor. The entrance to the second shop would be on Maple Street. Due to the closed areas from bottom to top to the left as well as to the right of the glazed centrepiece, the entrance would be emphasised clearly enough.