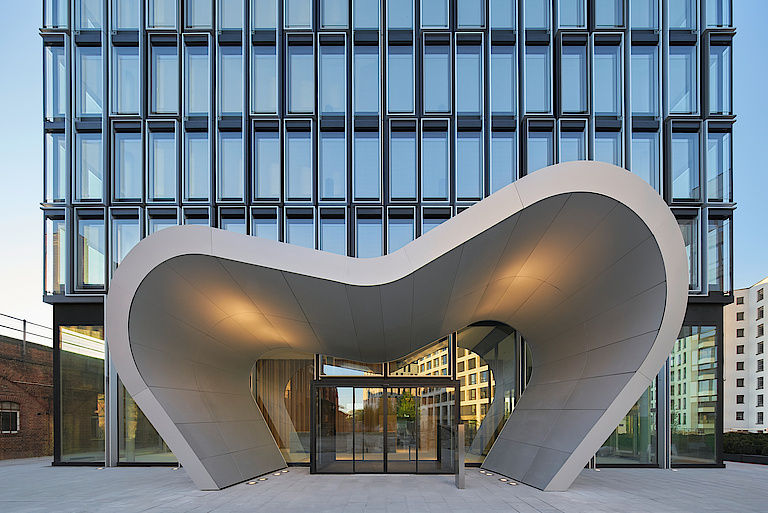 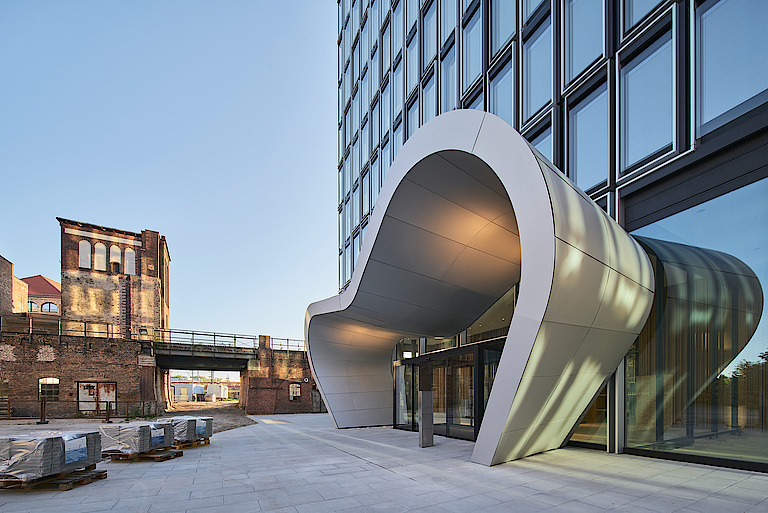 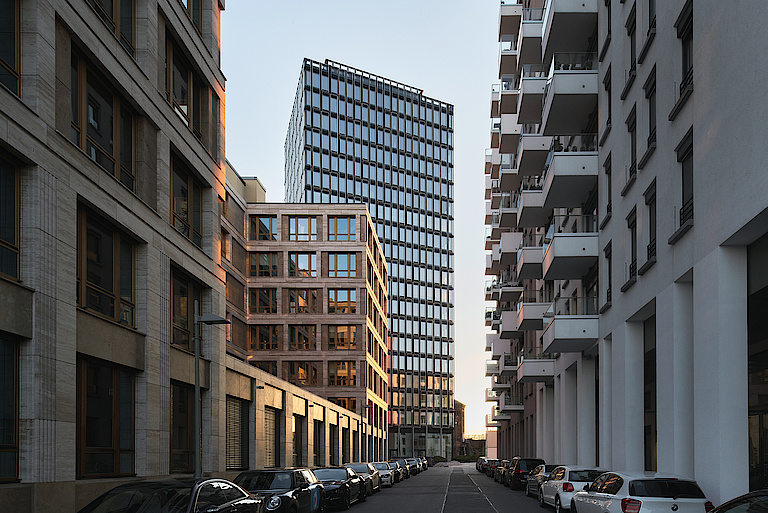 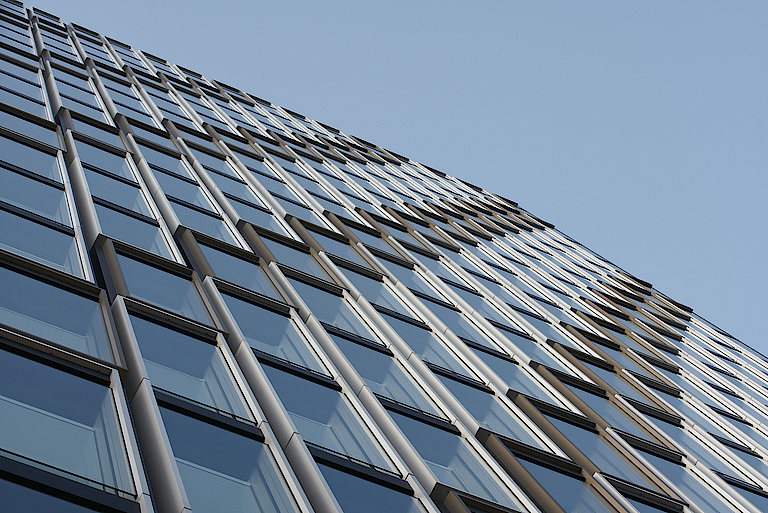 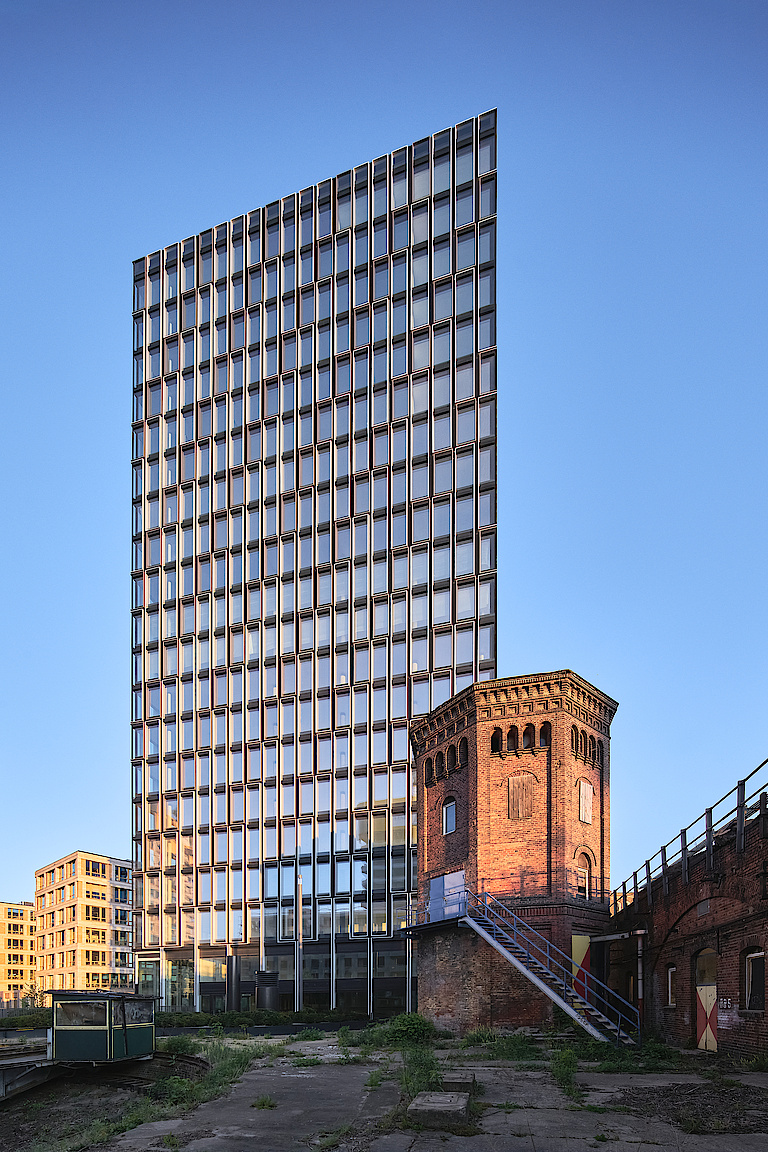 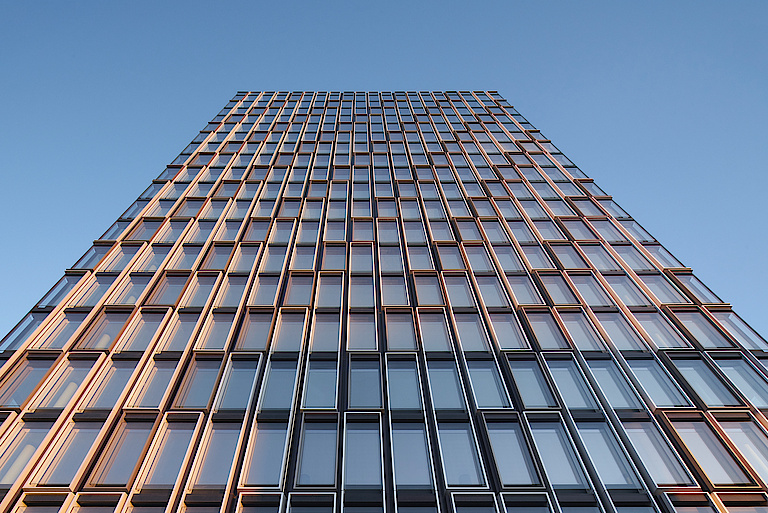 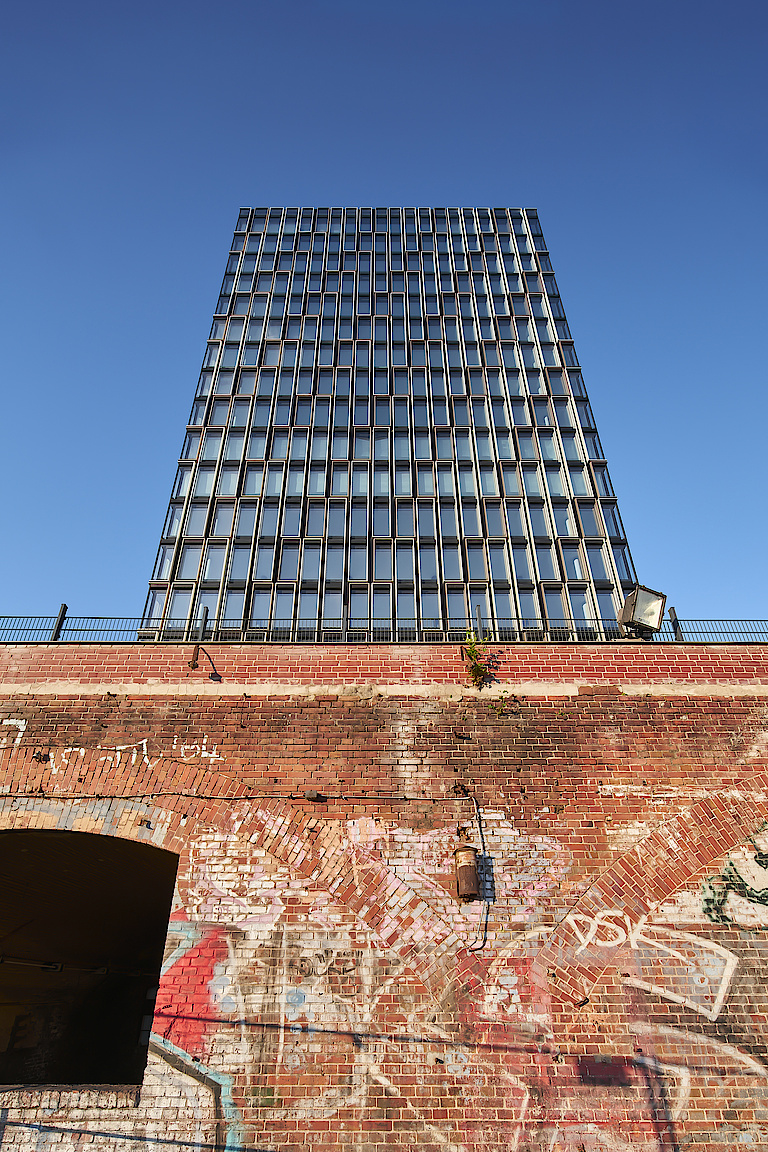 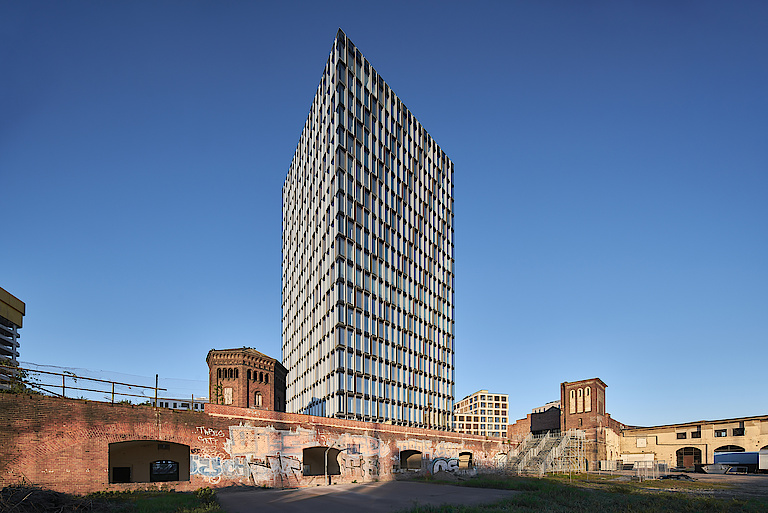 
The area between Ostbahnhof, Mercedes-Benz Arena and Oberbaumbrücke is one of the most rapidly developing quarters of Berlin.

With a height of 70 metres distributed over 20 storeys, the Spree Tower forms the urban orientation for the area. Situated on the former border strip between East and West Berlin, the site is marked by upheavals that are reflected in the building's design.

The double-skin façade of the high-rise is composed of one to three-storey filigree aluminium frames. They are slightly shifted against each other. This creates the impression of a woven fabric, not unlike the coarse, slightly flawed structures of a cotton fabric made by hand on a loom. In this way, the industrially produced façade takes on a human scale that becomes increasingly detailed as one approaches it.

The square floor plan with a central access core allows for flexible offices of different sizes.

The building is equipped with windows that can be opened and does without air conditioning in the office areas.