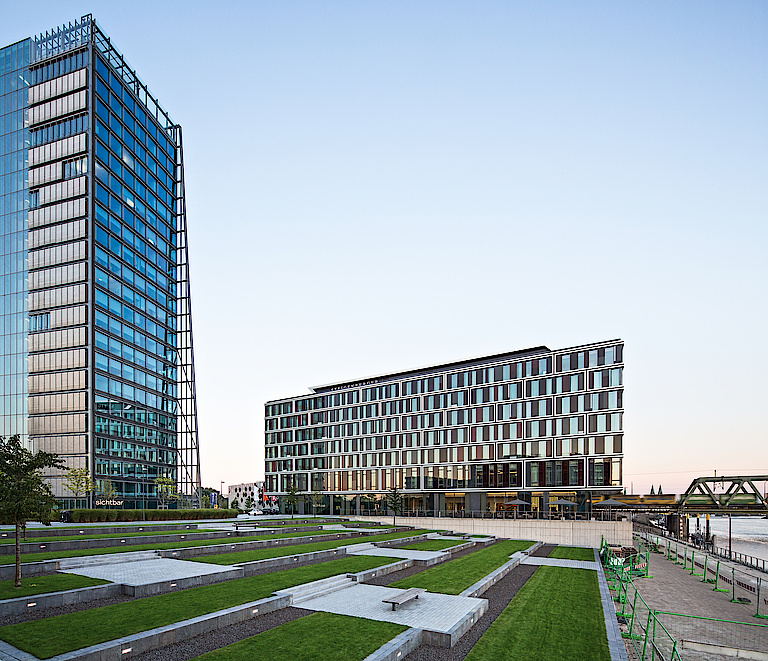 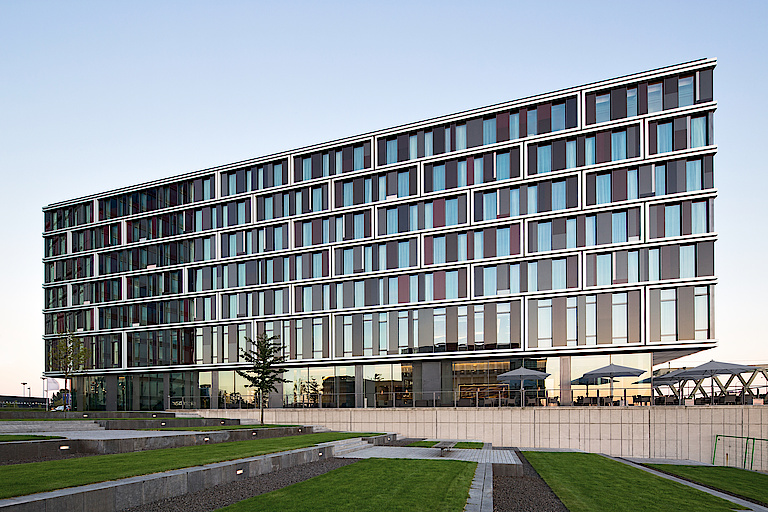 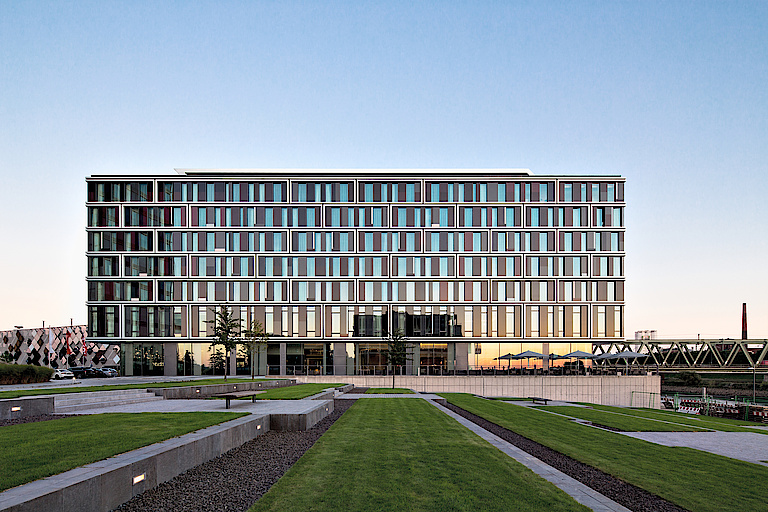 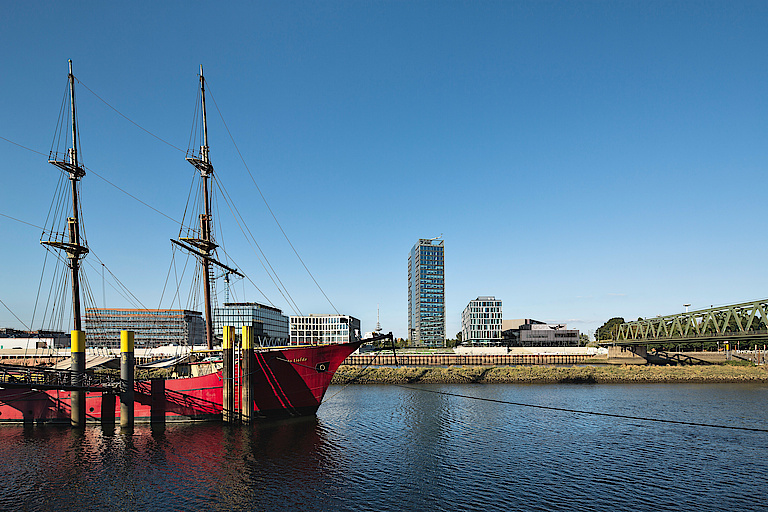 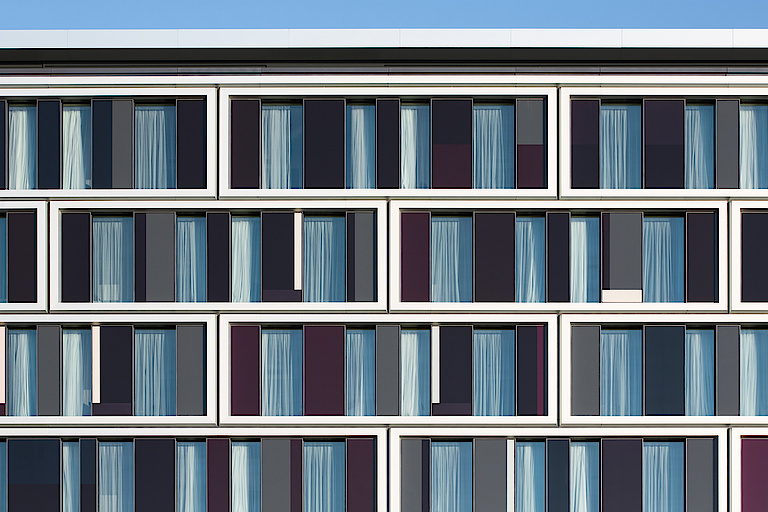 Barely one and a half kilometres away from the cathedral and the town hall, a little to the west of the old ramparts and at the transition to the trading ports of Bremen's Überseestadt, lies the new Weserquartier.

The conversion and reorganisation of the terrain just south of the east-west axis called Eduard-Schopf-Allee and just north of the Weser is part of a policy typical for many municipalities of developing formerly industrial and commercially used sites into new neighbourhoods where the service society of the 21st century is to find the spatial and structural structures that suit it.

The Weser Quarter occupies an area of about 35,000 square metres; the gently sloping site extends to the river, whose banks have been vitalised by a wide promenade. The young quarter is dominated by the Wesertower, designed by Helmut Jahn, which is over 80 metres high and has a square and other buildings at its feet.

In the group of solitaires of the Weser Quarter, the Steigenberger Hotel occupies a prominent position, giving the building the freedom to show itself from the front, the side and the back, while turning its back on the railway track.

Due to its strong projection on the narrow sides, both on land and on water, the hotel's bar exudes a certain lightness. The building has 7 storeys; the approximately 140 single rooms, double rooms and suites are in the four-star category. The façades emphasise the supporting structure of ceilings and columns. The structural elements are clad with aluminium on the outside, while the floor-to-ceiling glass panels in between appear very animated thanks to their division into non-coloured transparent and coloured non-transparent panels.