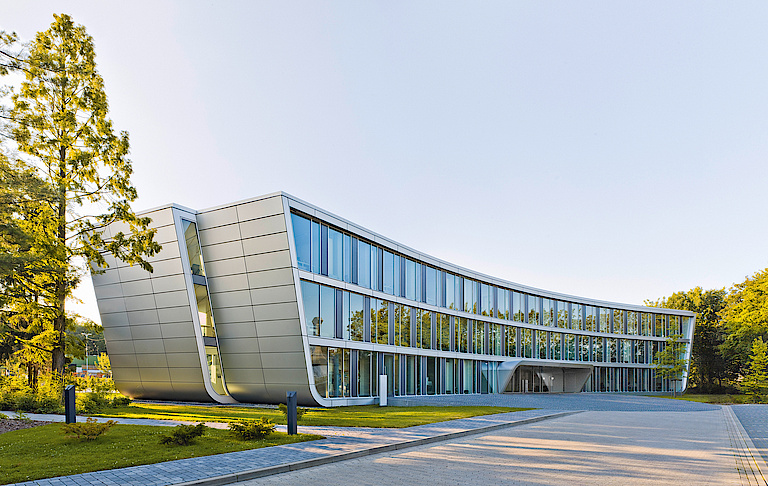 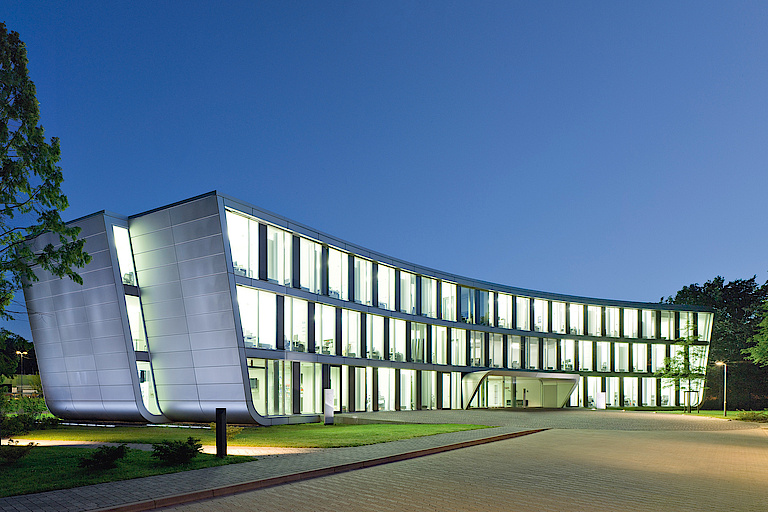 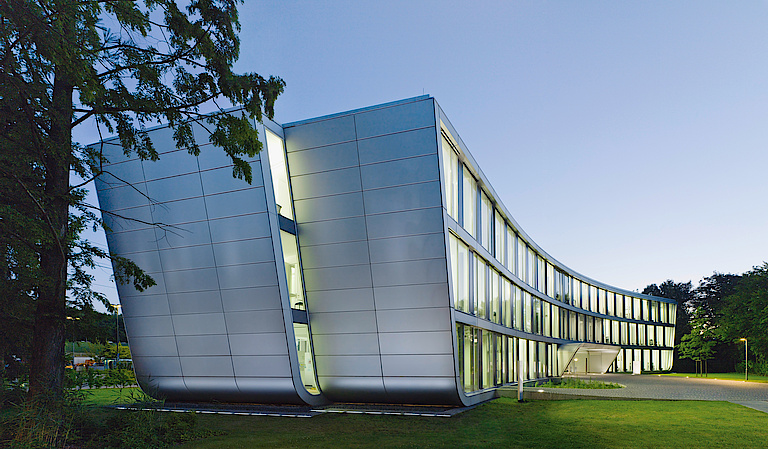 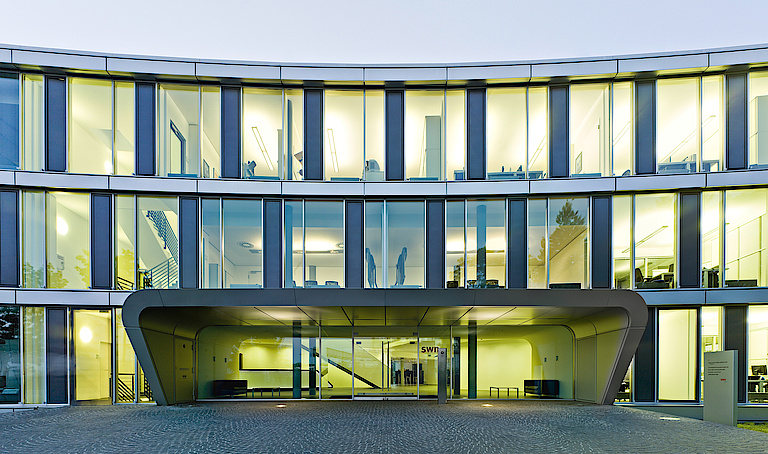 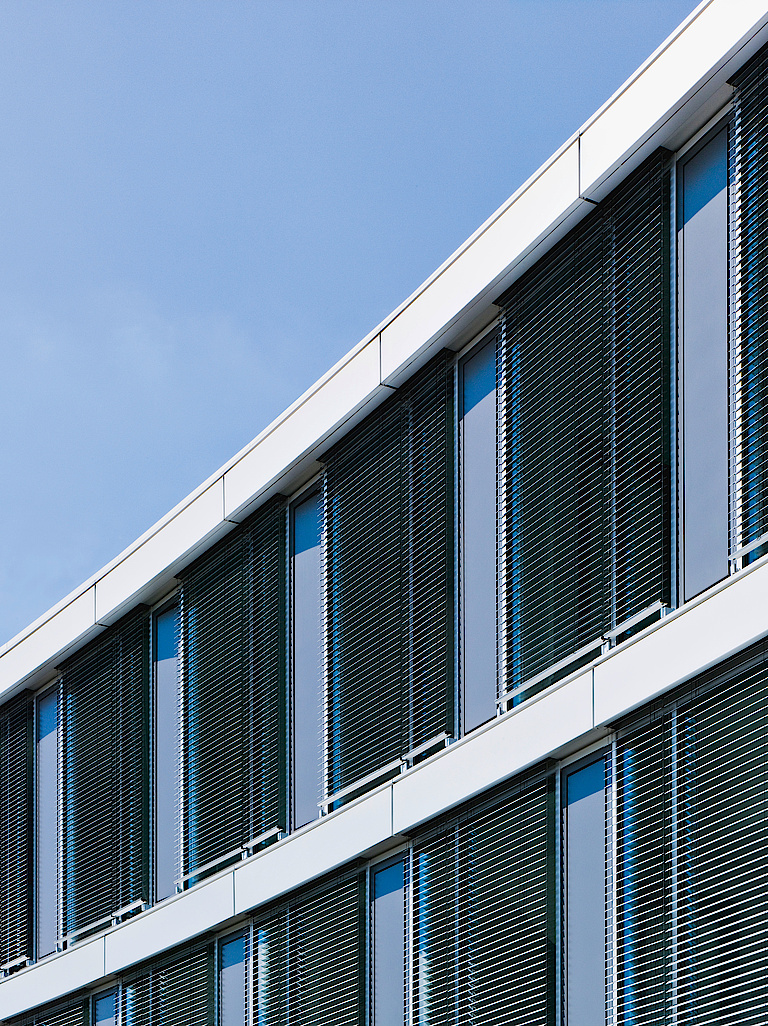 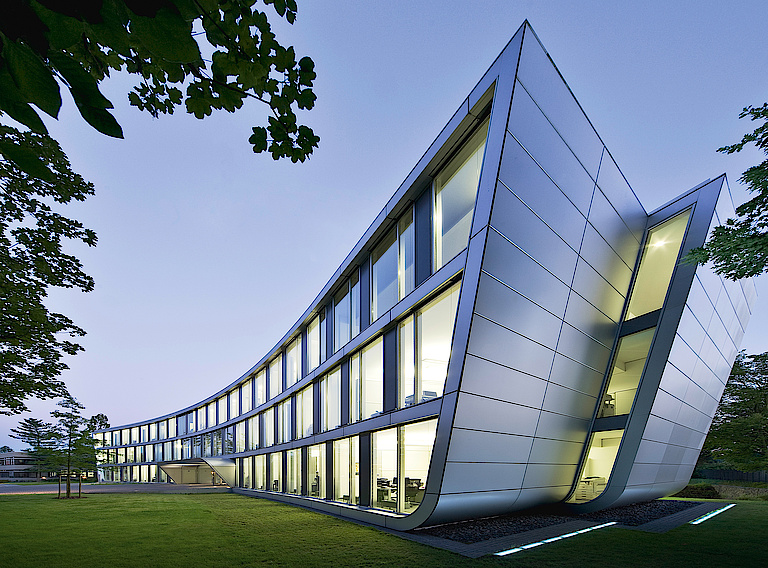 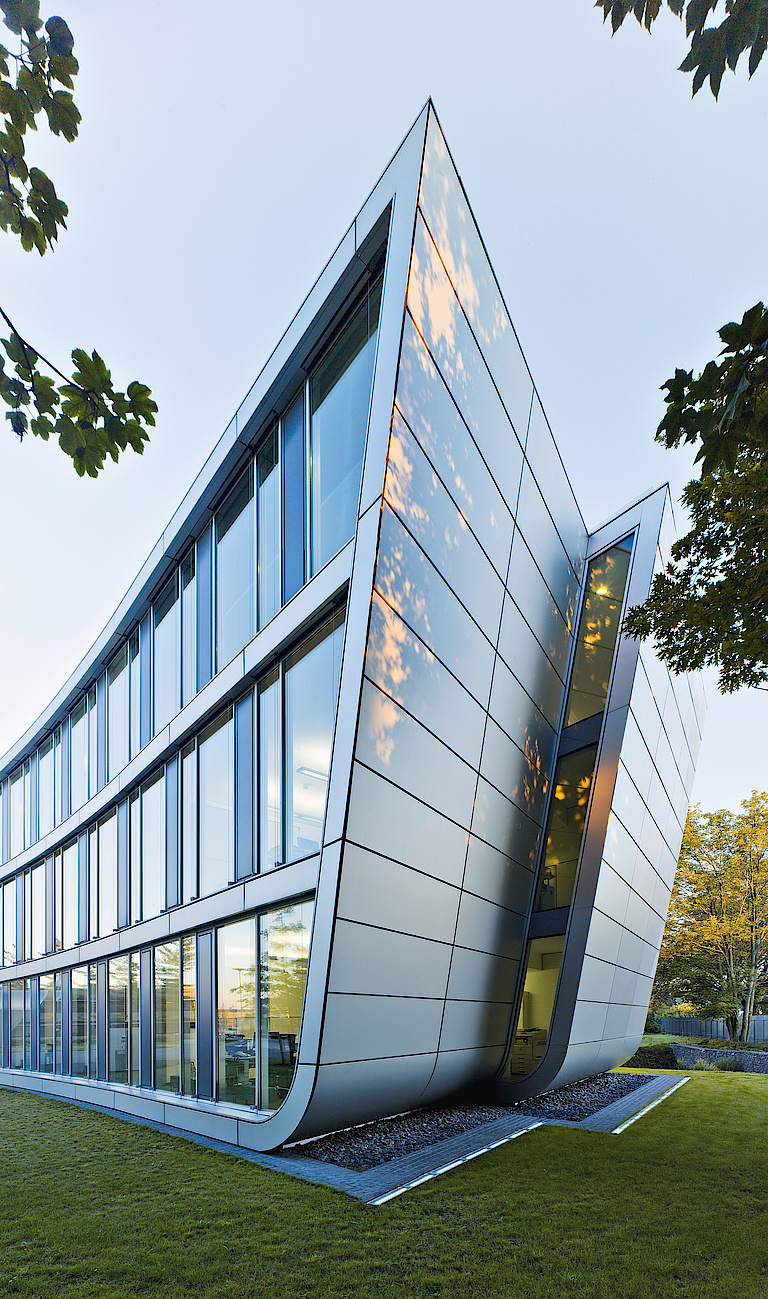 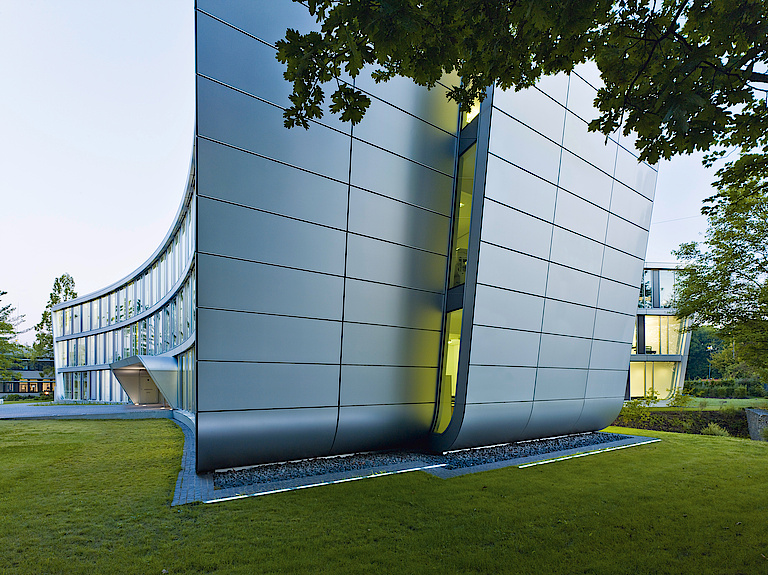 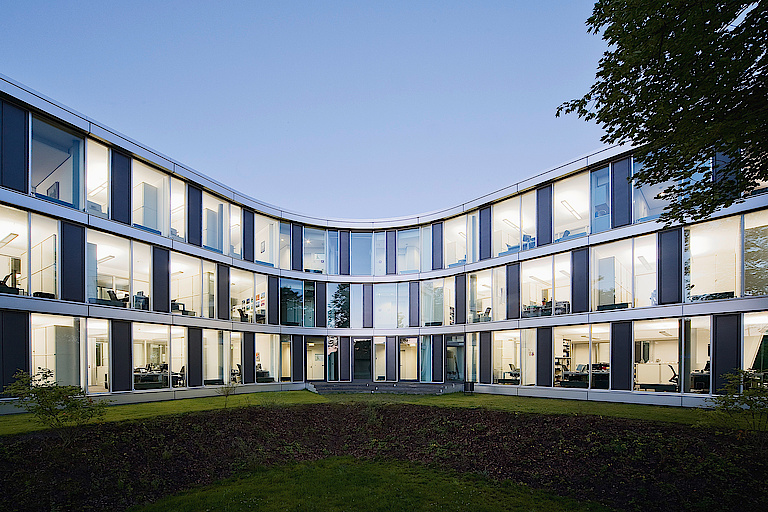 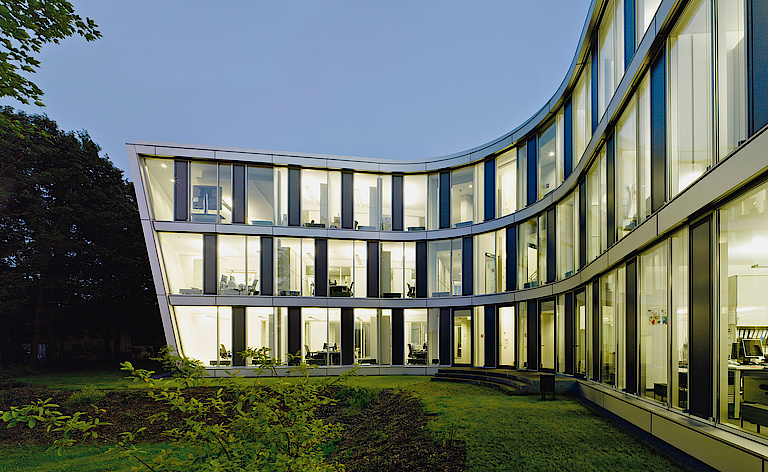 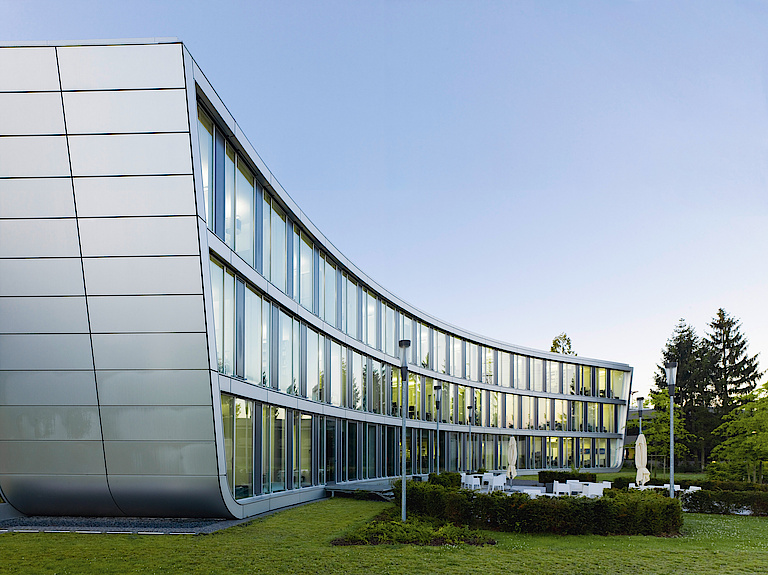 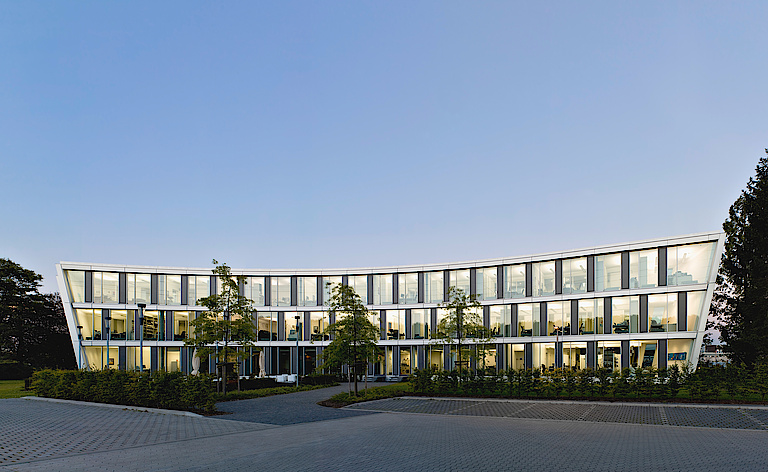 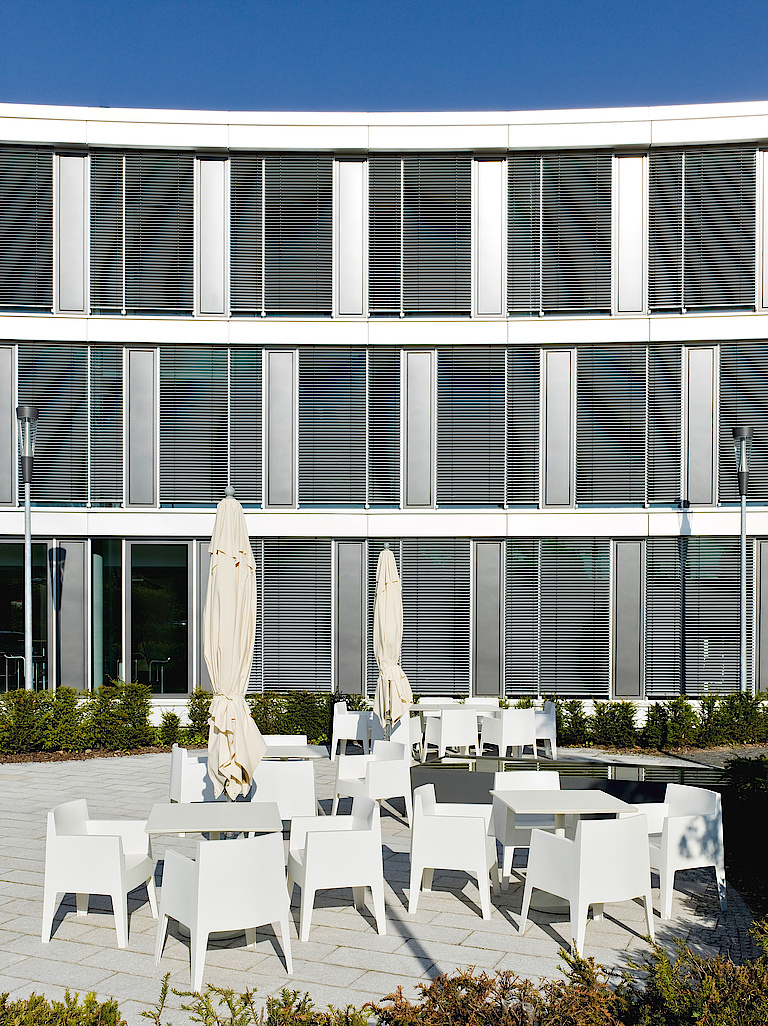 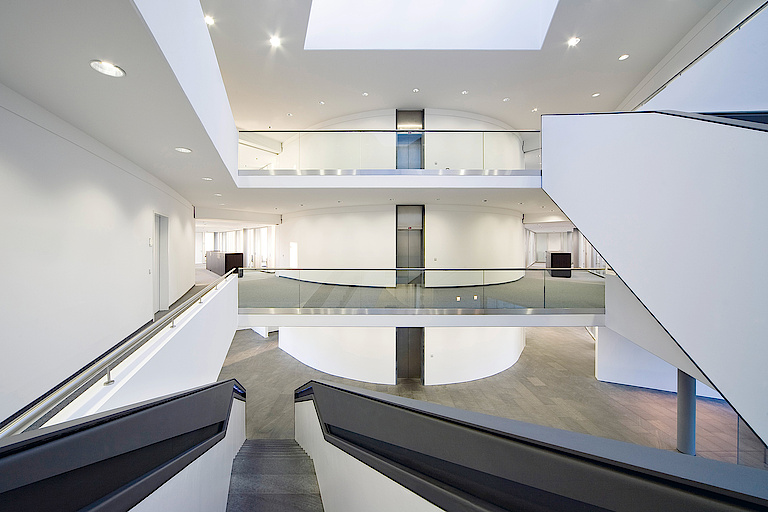 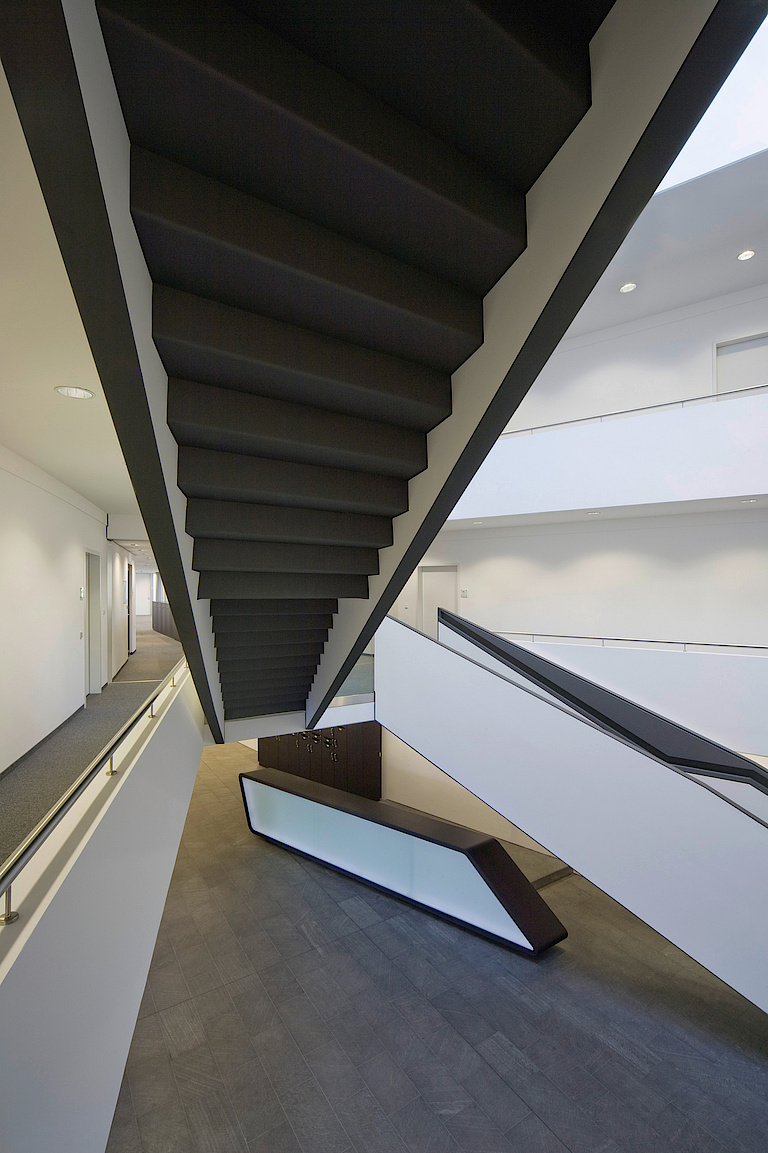 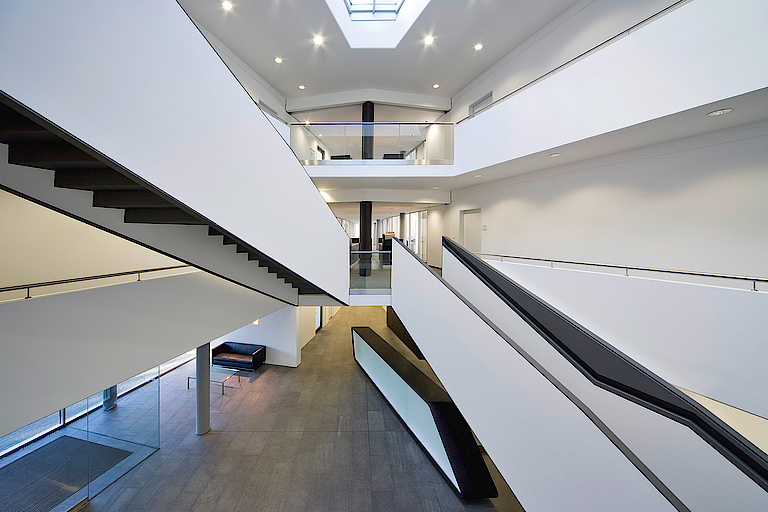 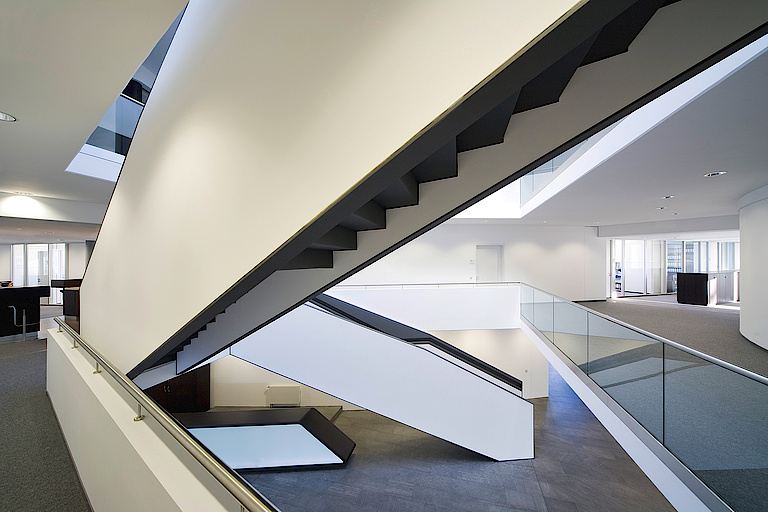 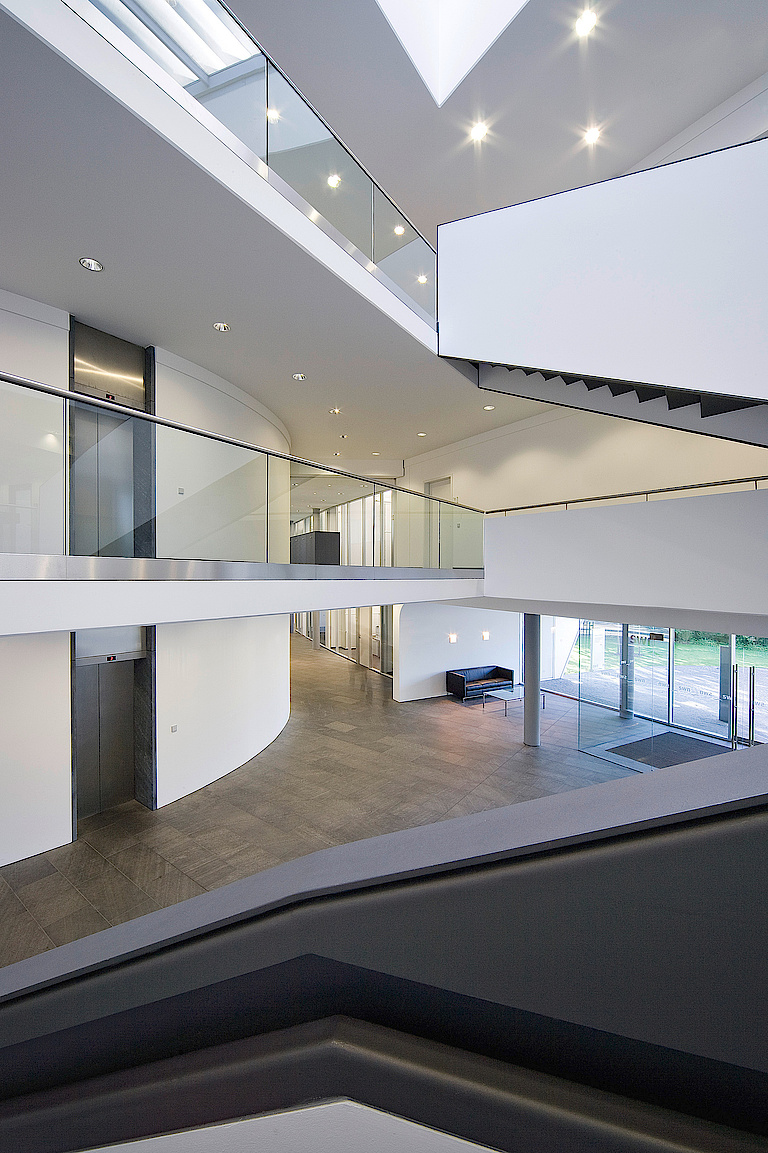 
On a planned terrain without all that is readily called historical context, the only possibility from the point of view of genuine architecture is to create an implant not only with high functional but also with high aesthetic ambition.

This is precisely the attitude that characterises the administrative building of the Neuss public utility company. In a densely built-up, almost congested commercial area on both sides of the Konrad-Adenauer-Ring south of the Neuss city centre, the building, stretched from north-east to south-west, stands among buildings that rather resemble boxes and flats. It is distinguished from these by its rare shape: that of a large, not entirely symmetrical Y that largely avoids straight lines.

The concave long sides - two with a weaker, one with a stronger curvature - are vividly contrasted by the three narrow sides with their double sloping, i.e. tilting from the horizontal and vertical, then divided and offset wall sections. Clad all around with aluminium panels, the 3-storey building is accessed from the south-east through a wide entrance area with a canopy.
Behind the vestibule, the foyer spreads out and there is also a café and bistro. What catches the eye most, however, are the two staircases from the ground floor to the first and from the first to the first floor. What makes this complex so special is not so much the figure of the large V, but rather the way it operates with the formal contrasts of black and white on the one hand, and positive and negative on the other.

In itself obeying the simple structure in which offices line up to the left and right of a corridor, this convention is nevertheless transformed in a highly refined way in the administrative building of the Neuss public utility company. The simple system of 3 corridors appears like a square from which 3 streets run in 3 directions; along the corridors there are open tea kitchens and high tables like benches and stands on the street. There are single, double and triple offices, all with a grid of 1.35 metres. The rooms are glazed room-high, and fresh air is provided by opening flaps made of aluminium coated with an anthracite-coloured powder.