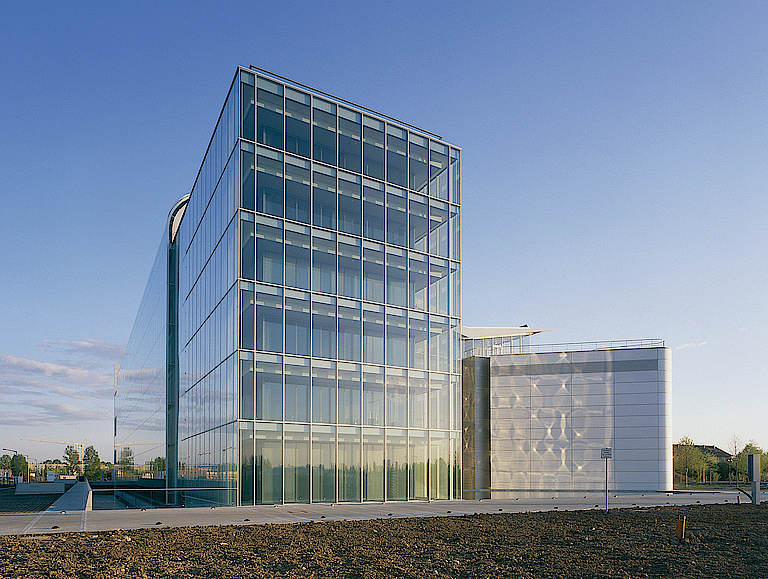 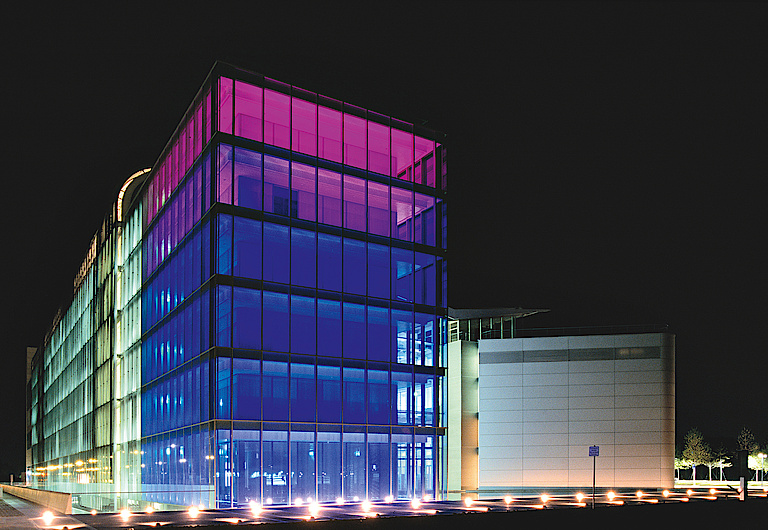 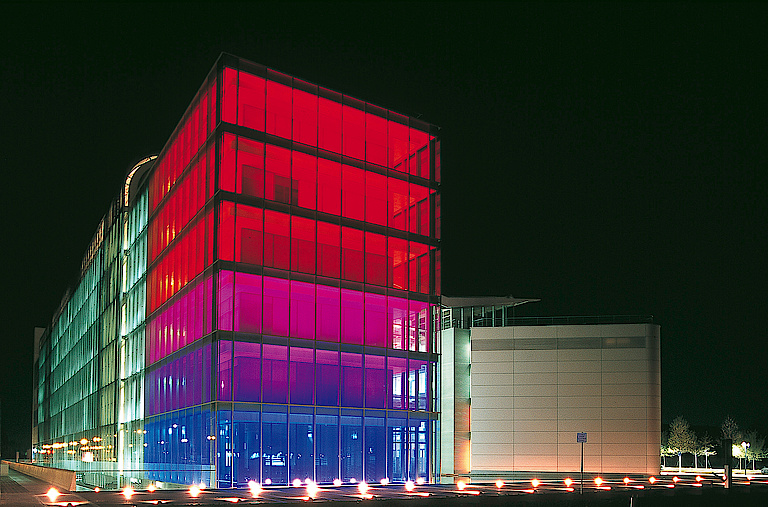 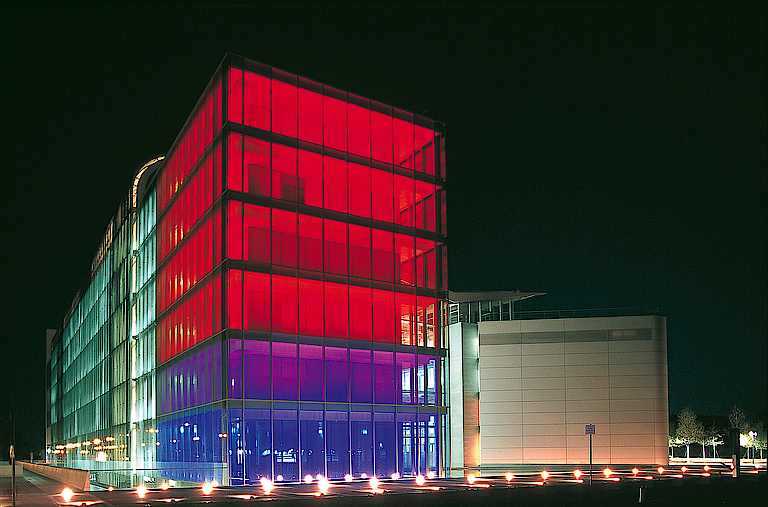 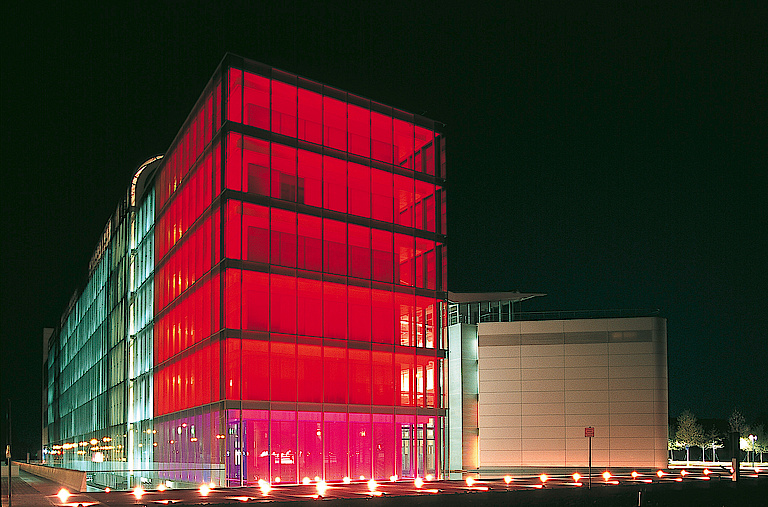 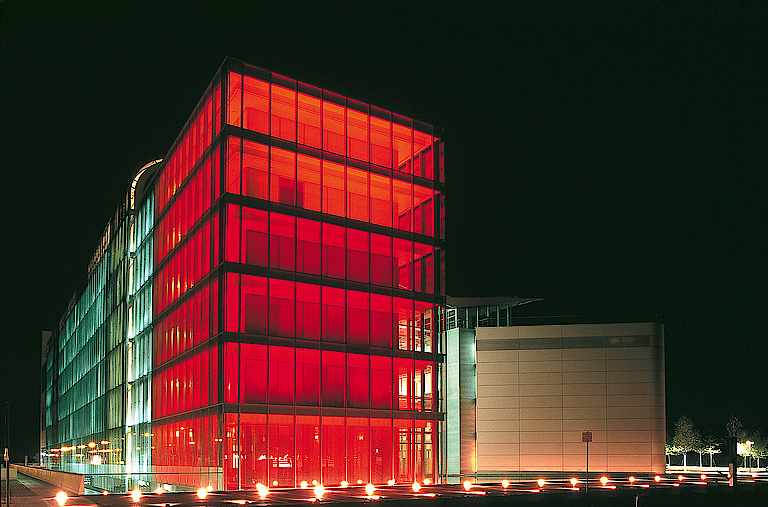 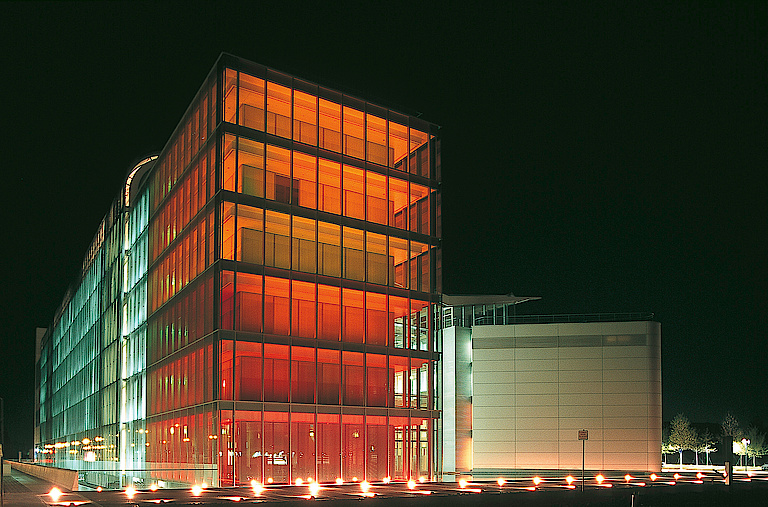 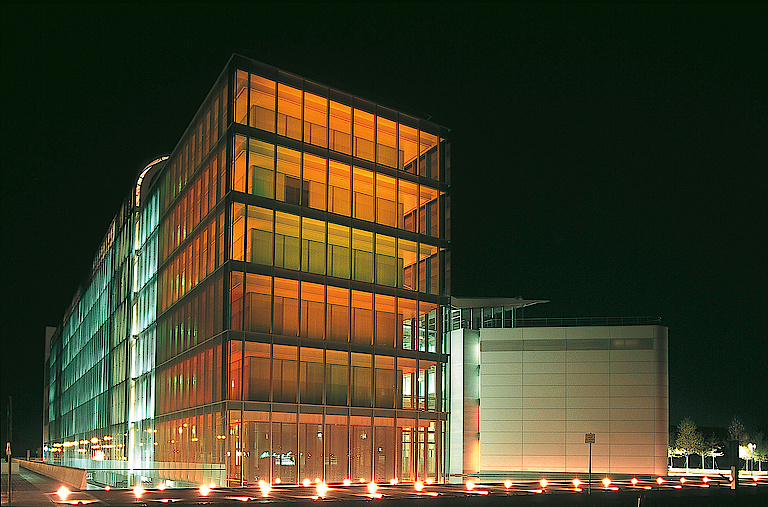 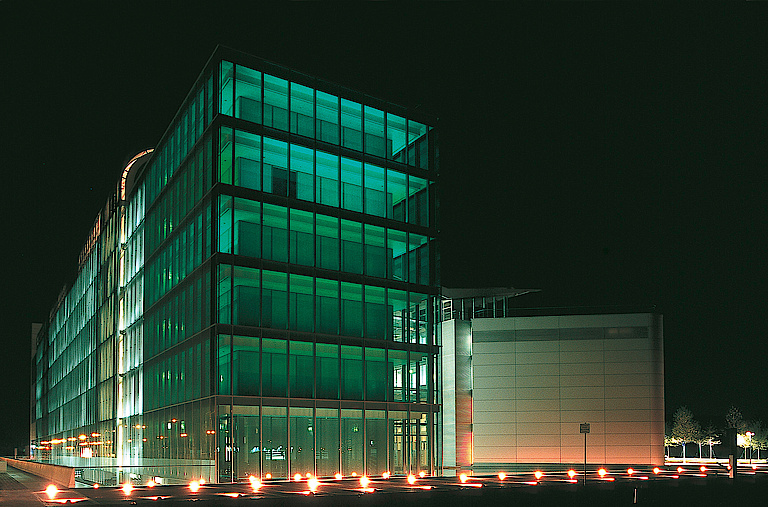 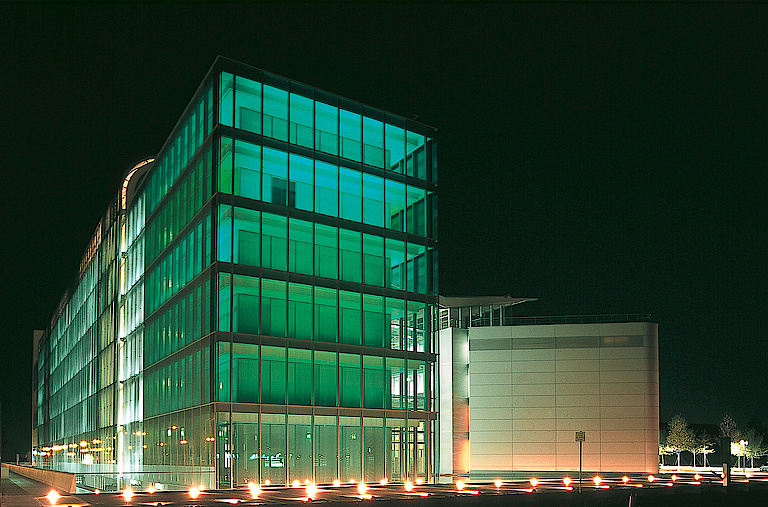 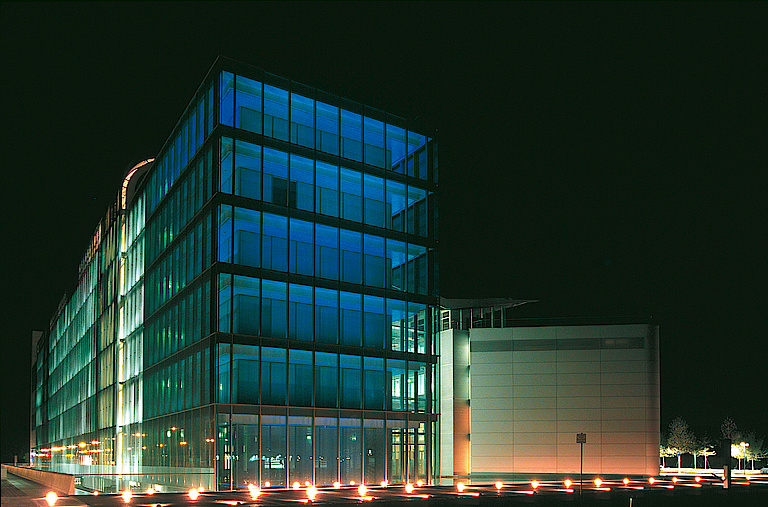 
Situated in an industrial park northeast of Leipzig's city centre and surrounded by prefabricated concrete slab buildings, garden sheds, detached houses and formerly used industrial facilities, the elongated building consists of four parts: the four-storey-high west wing, the six-storey-high east wing, the atrium between the two wings under a sloping glass roof, and the computer centre under the atrium's stepped hill. While the southern narrow side of the building is rather inconspicuously designed, its northern counterpart, which visitors pass on their way to the entrance, is clearly marked by a projecting glass tower, a shallow water basin and an aluminium-clad staircase.

The reinforced concrete structure transitions into pure steel construction on the west side with the fourth storey and on the east side with the sixth. Several façade systems were chosen for the envelope, which appears both glassy and metallic, as an informative filter and climatic membrane, such as a double façade with blinds on the street side in the east and a façade with fixed external sun protection and openable windows on the garden side in the west.

The floor-to-ceiling atrium, designed in the manner of an urban outdoor space, runs in one slow movement through the full length of the building: from the floor-to-ceiling glass north wall over a stepped mountain of terraces - under which, sheltered, lies the computer centre for the gas supply of the East German federal states - up to the south wall with the restaurant, where the uppermost terrace leads from the inside to the outside onto the roof of the building. In addition to these places, the bridges between the office wings also provide ample opportunity for informal communication.

Cell, team and group offices are available for the approximately five hundred employees in the building. The standard office on the normal floor has an area of 24 square metres. A metal panel in the door frame of each office allows individual adjustment of light intensity, sun protection, warmth and coolness.
After hours, these tasks of security and control are taken over by a control system.

The administration building and the computer centre, as the main parts of the space programme, are not only linked organisationally, but also energetically, i.e. in terms of heating and cooling. The energy required for the data centre is produced on site by several combined heat and power plants. The thermal properties of the atrium played a major role in the design of the building; the air flow is used for cooling in summer and for heating in winter. Baroque synaesthesia, dissolution of the appearance of the material, unity of art and building: these were the wishes of the architects that James Turrell addressed with his work of light art. On the north side of the building, a rectangle with three sides emerges from one of the two transoms. This component is used for conferences. Neon tubes are integrated into the outer edges of the floor ceilings. Digitally programmed, they can gradually change the light colour and immerse the cube in very different atmospheres.