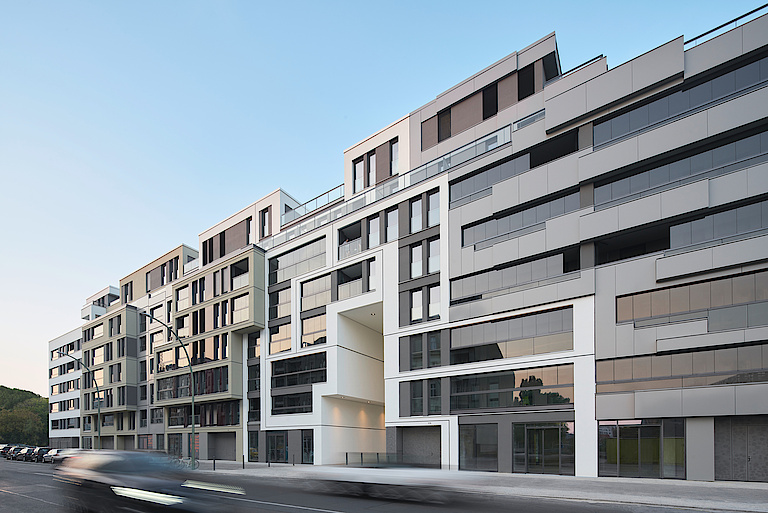 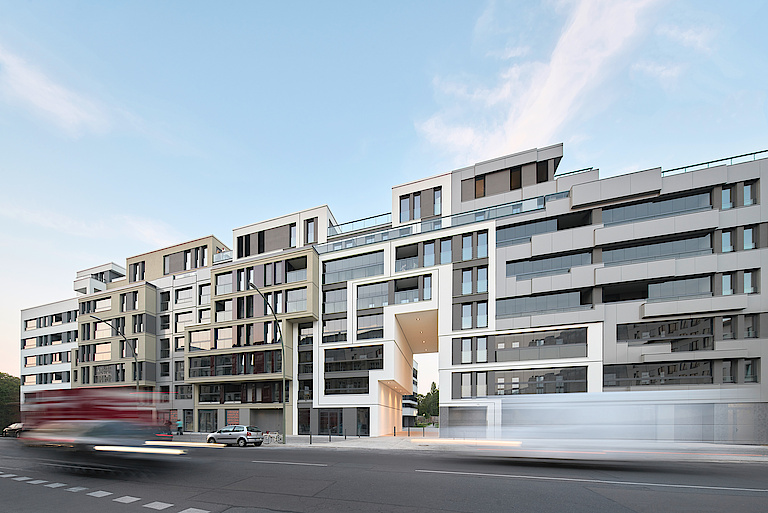 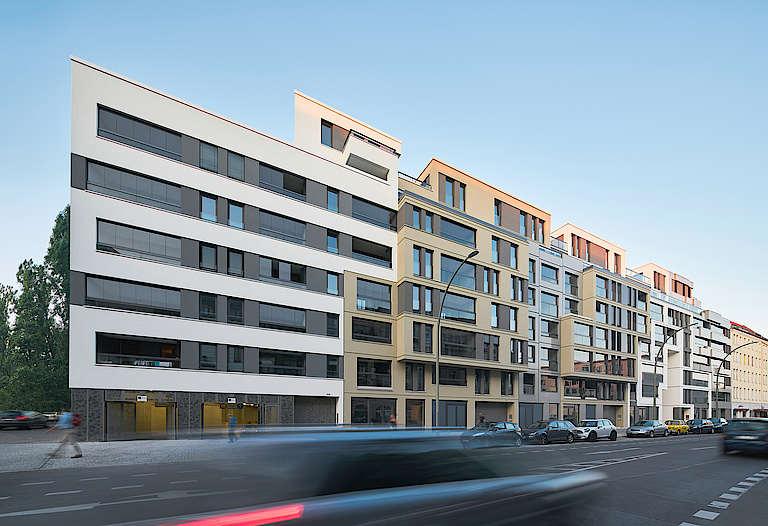 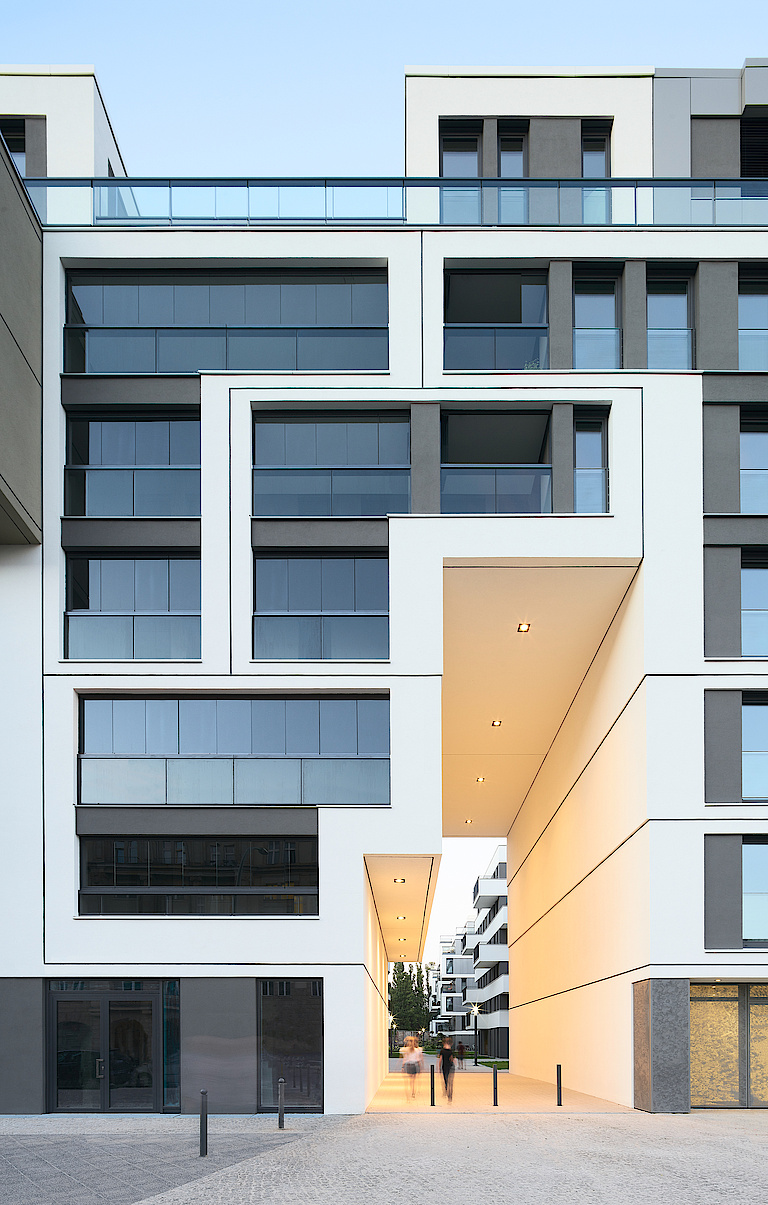 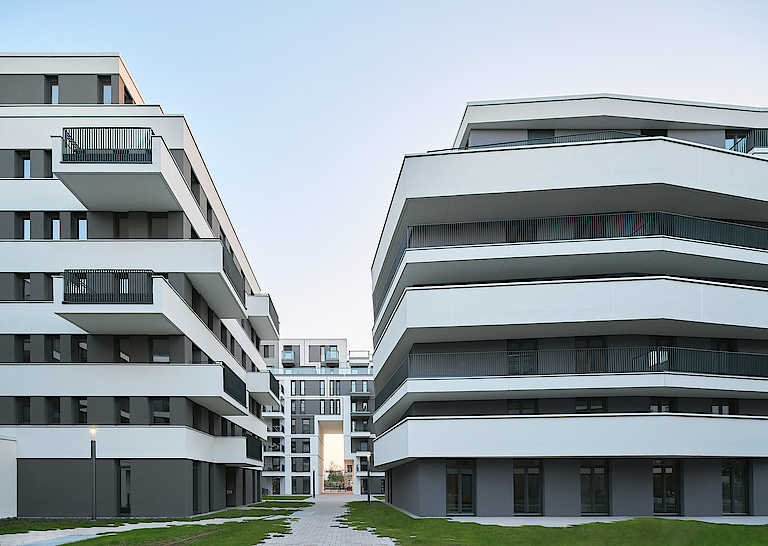 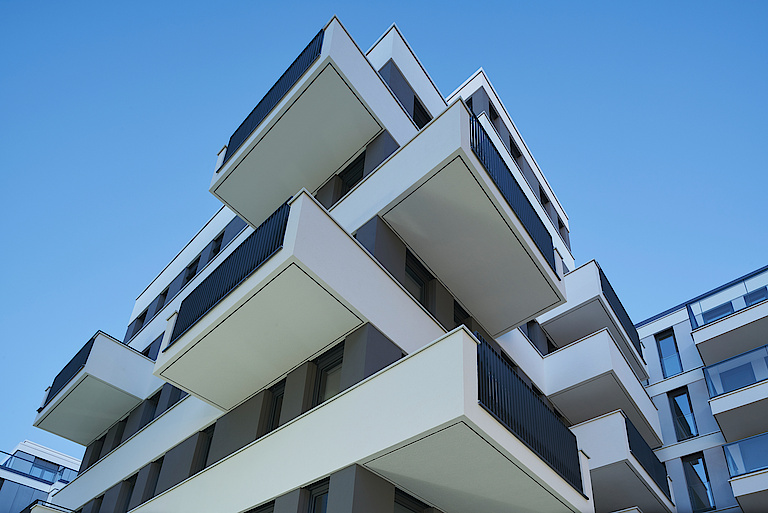 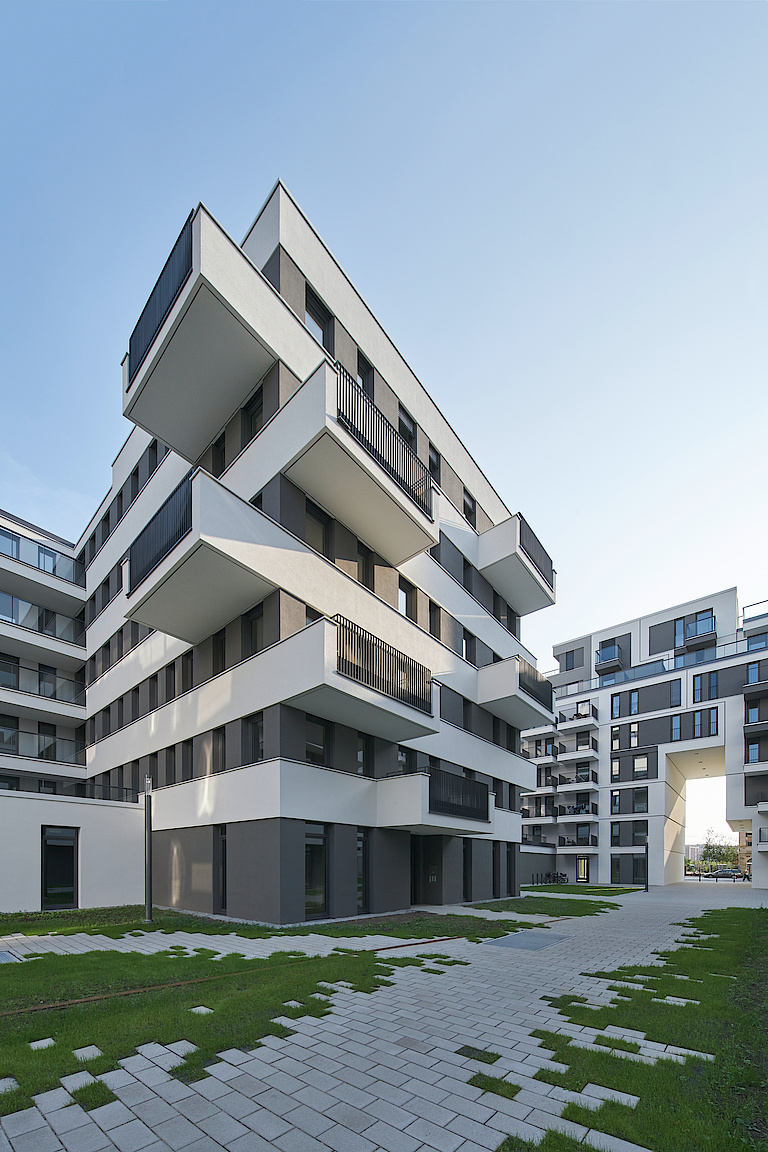 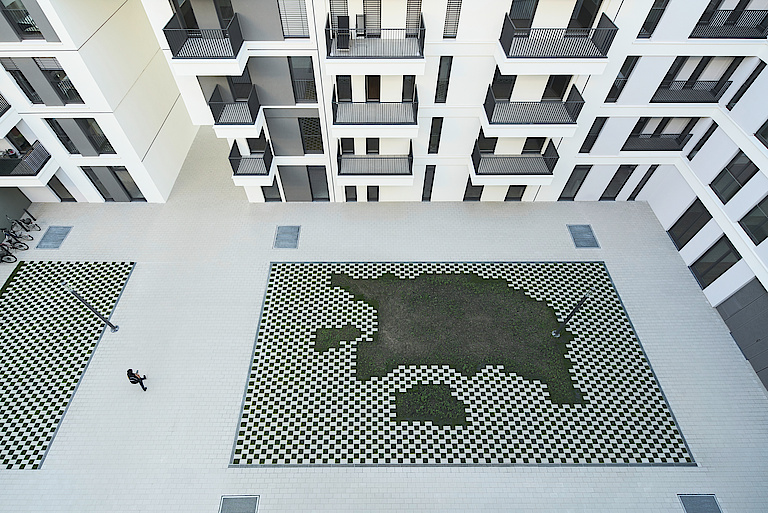 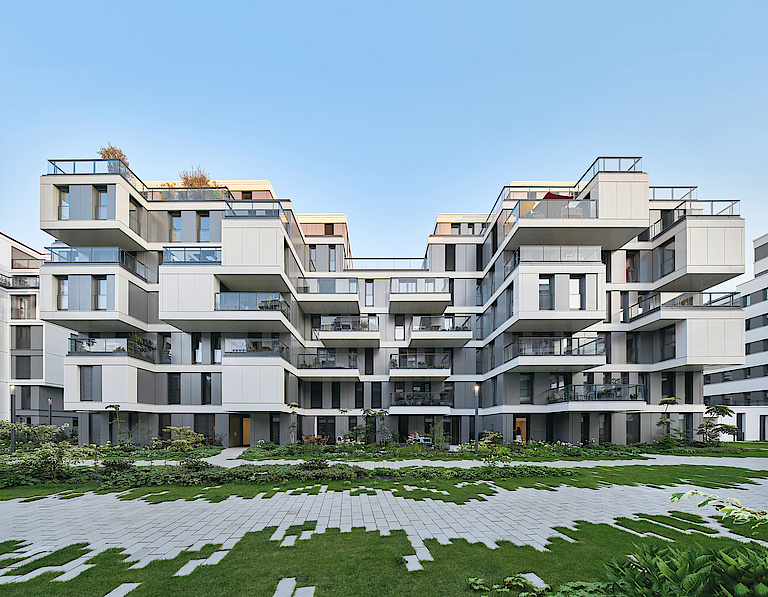 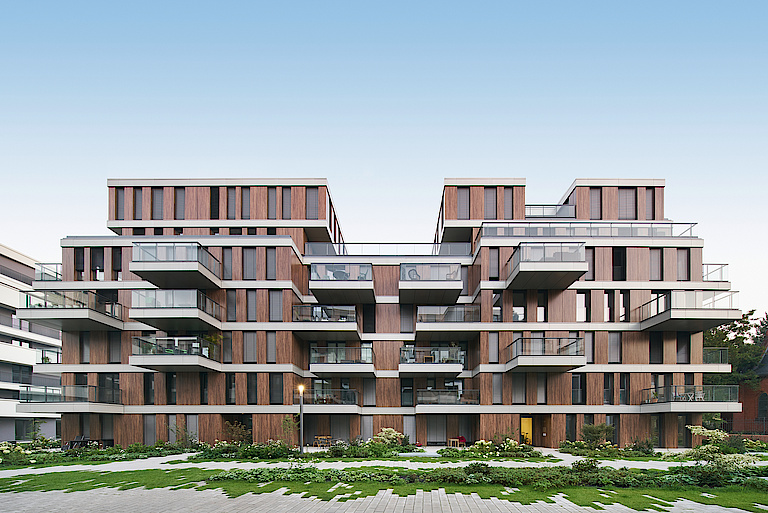 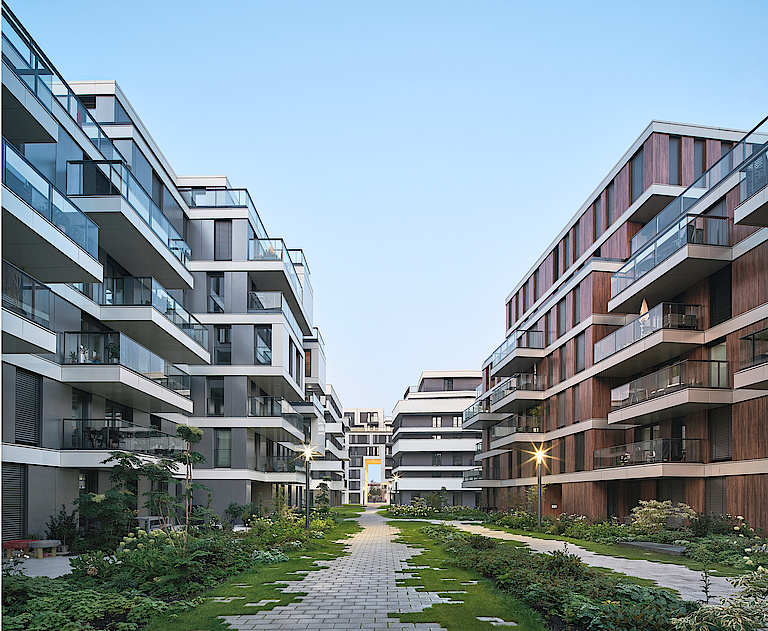 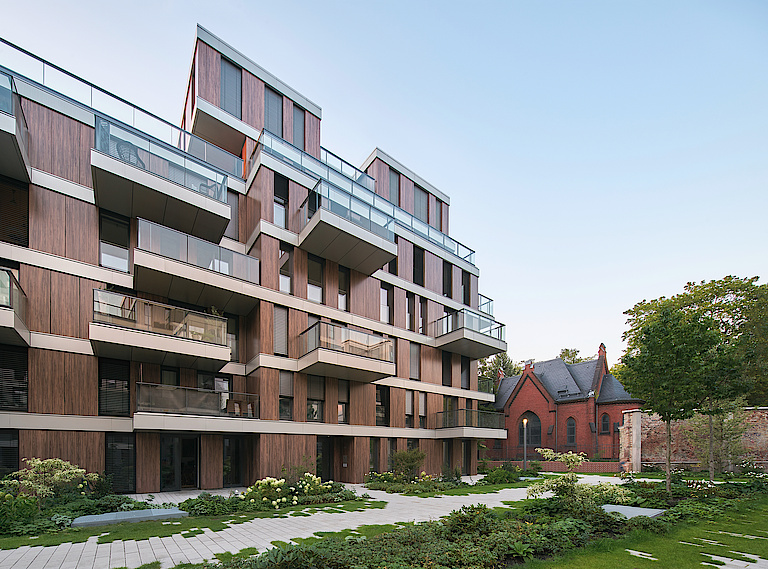 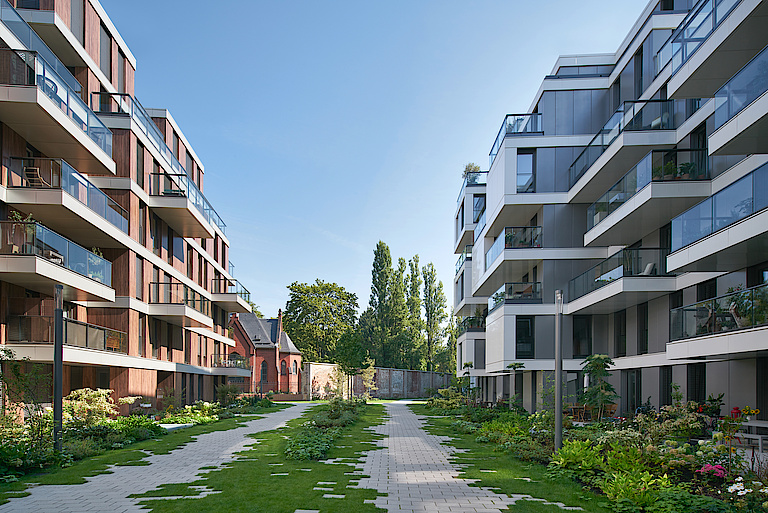 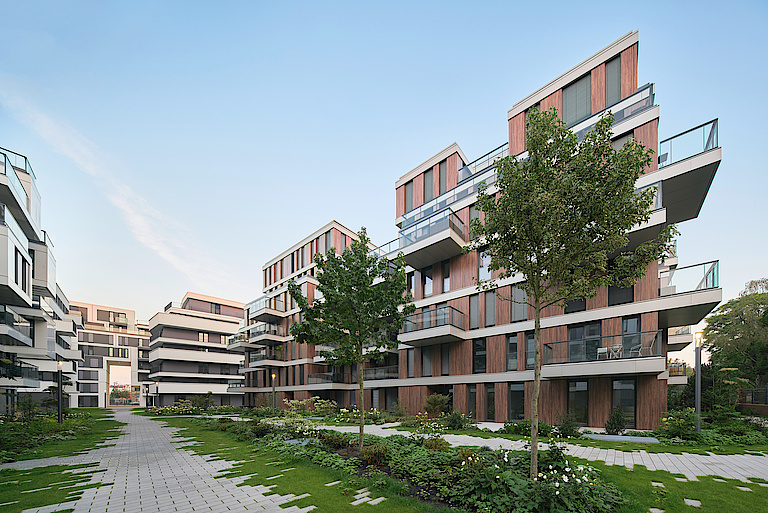 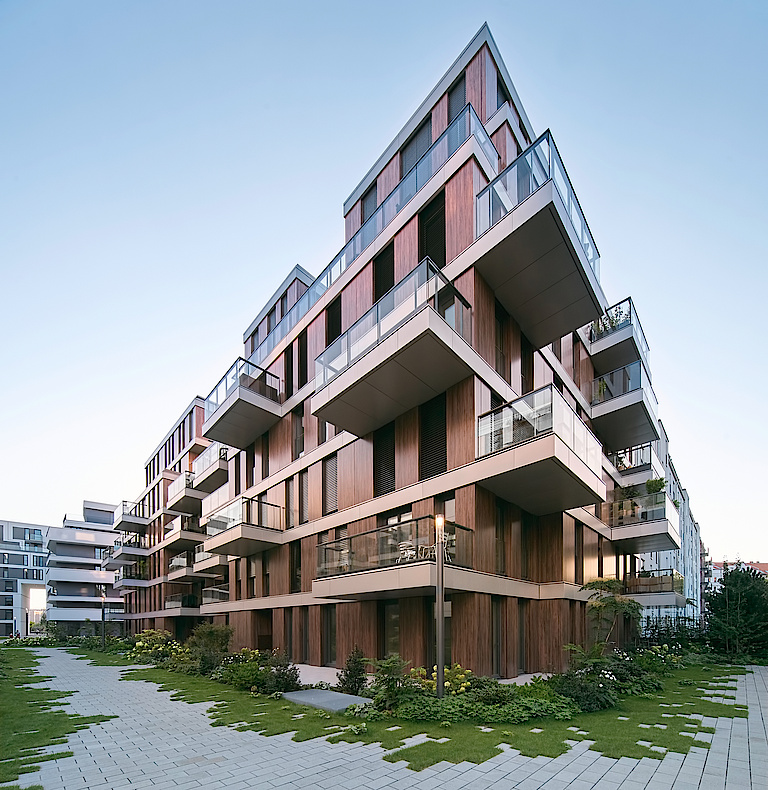 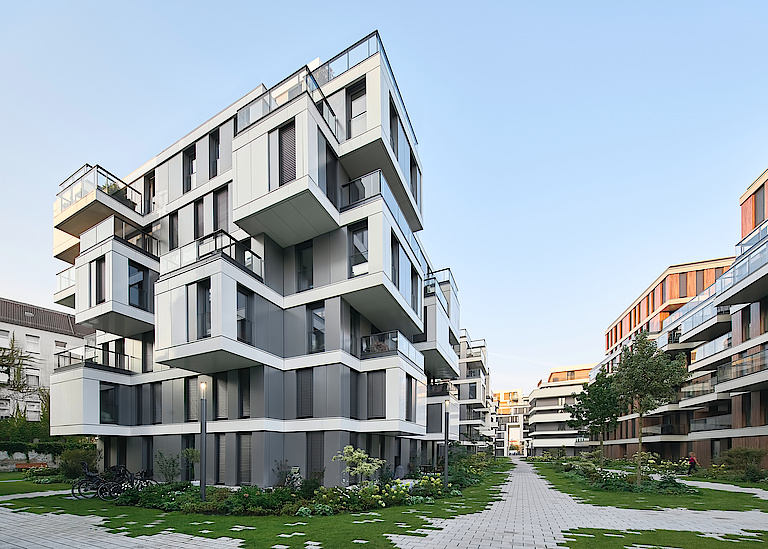 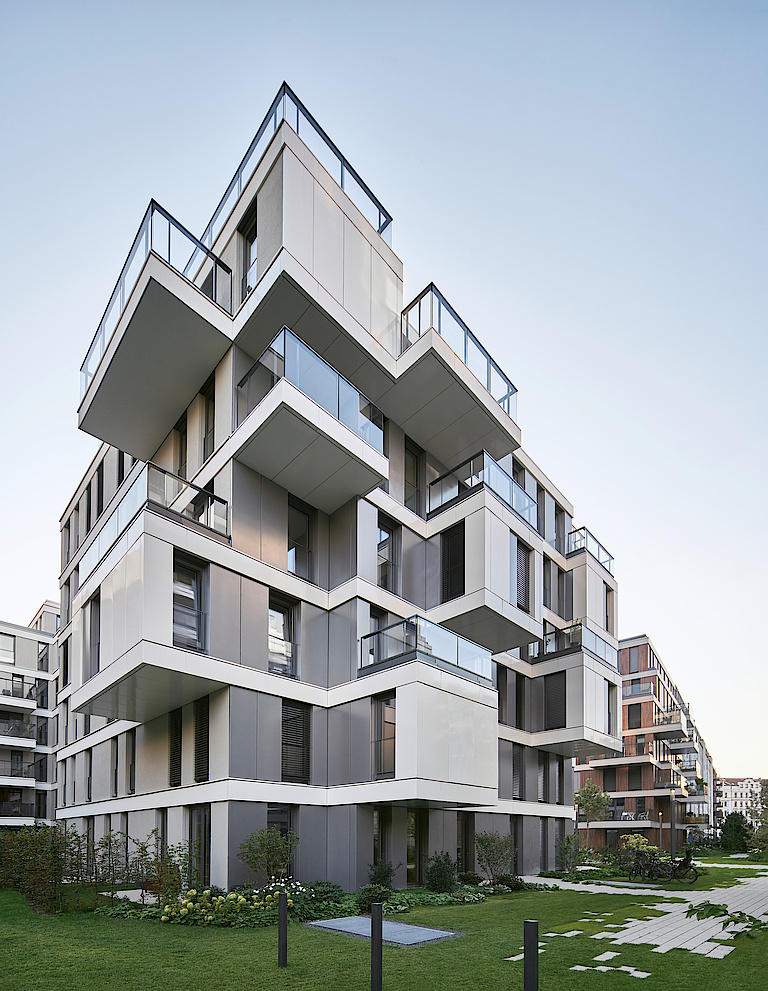 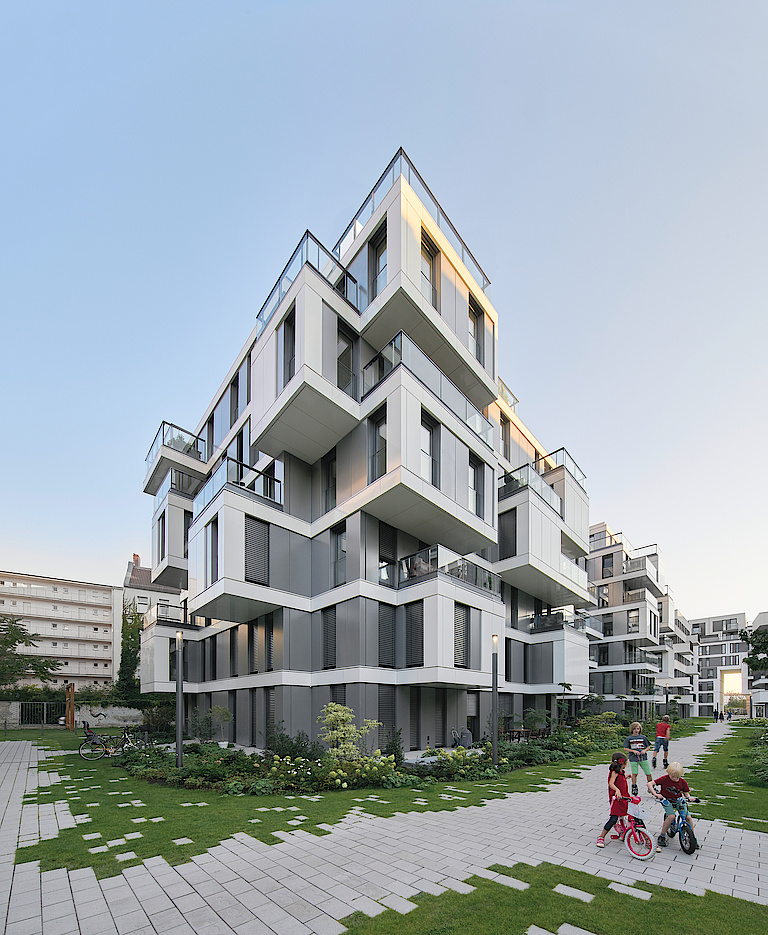 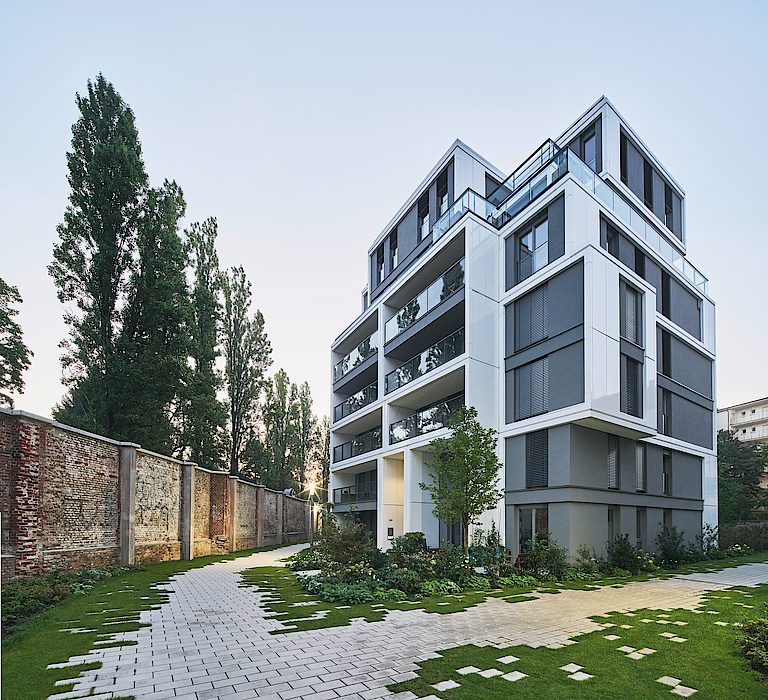 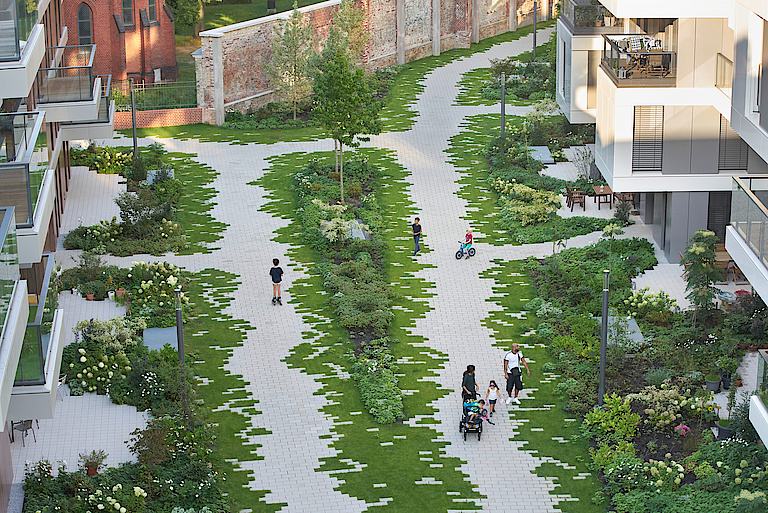 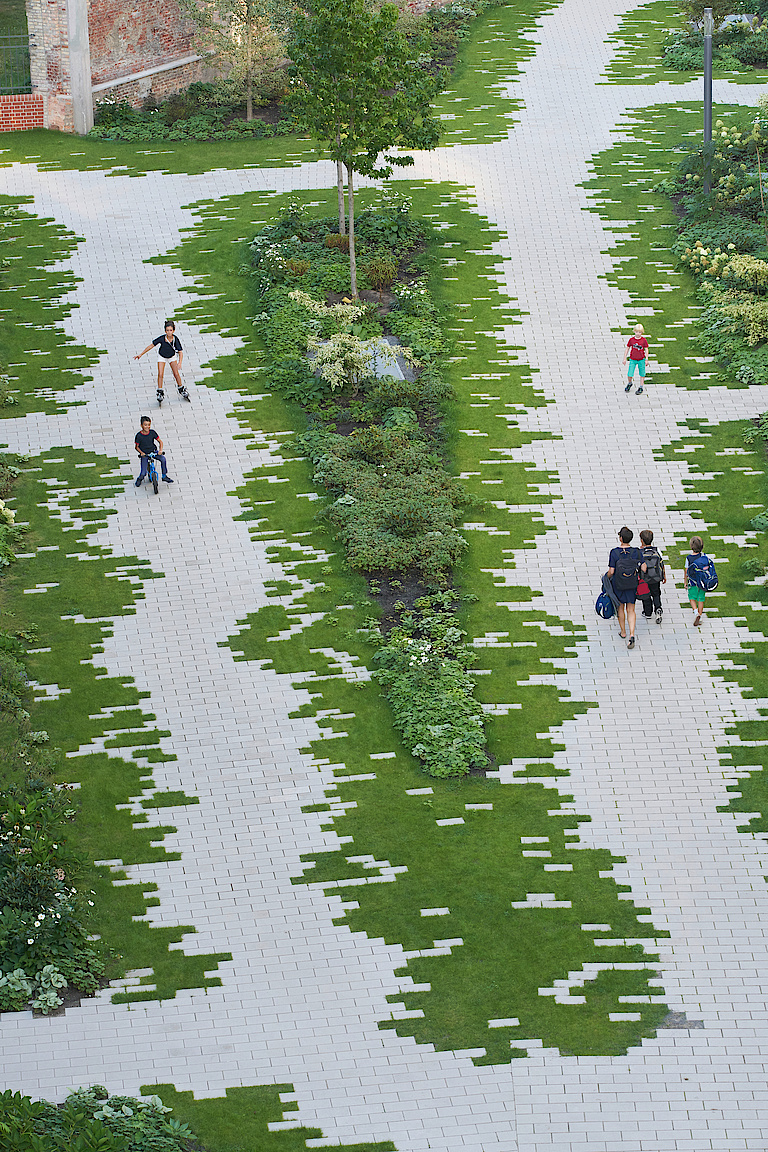 
On Chausseestrasse, where the border between East and West Berlin once ran, the green building ensemble by Eike Becker_Architekten seemingly erases the boundaries between city and country. The design transfers the idea of Berlin's 19th-century courtyard gardens into the modern age. Riehmer's Hofgarten in Kreuzberg and the Amalienpark in Pankow served as models.

The result is a tranquil green residential oasis in the midst of the pulsating city. Balconies, terraces, allotments and an extraordinary open space design counter the urban hustle and bustle with a garden idyll that makes the capital feel like a never-ending Sunday in the country. The fact that the garden has an amazingly spacious and generous effect is mainly due to the fact that a cemetery at the back continues the green corridor laid out in the courtyard and forms a unique visual axis with its picturesque chapel.

The inner-city garden idyll is surrounded by modern architecture. 16 individual houses, whose façades differ greatly in their materials and colours, make each building unique.

Because more and more people are moving to the cities due to attractive jobs, good infrastructure and a wide range of cultural, shopping and leisure activities, open spaces have to give way to make room for living space. But the less open space there is, the worse the climate - and the greater people's need for nature.

By increasingly blurring the boundaries between city and countryside, the growing urban population is redefining urbanity. People are bringing nature back into the urban space. More and more people are coming together in community and neighbourhood gardens to shape their surroundings and experience nature within the city. Flowers are grown and vegetables are cultivated on roofs, wastelands or in backyards. While urban hobby gardeners were initially ridiculed as big-city ecologists, urban planners and scientists now see them as an opportunity to counter the social and ecological problems that arise from growing cities.

Green residential projects like The Garden are in vogue because they prove that dense cities and natural spaces can indeed be combined.