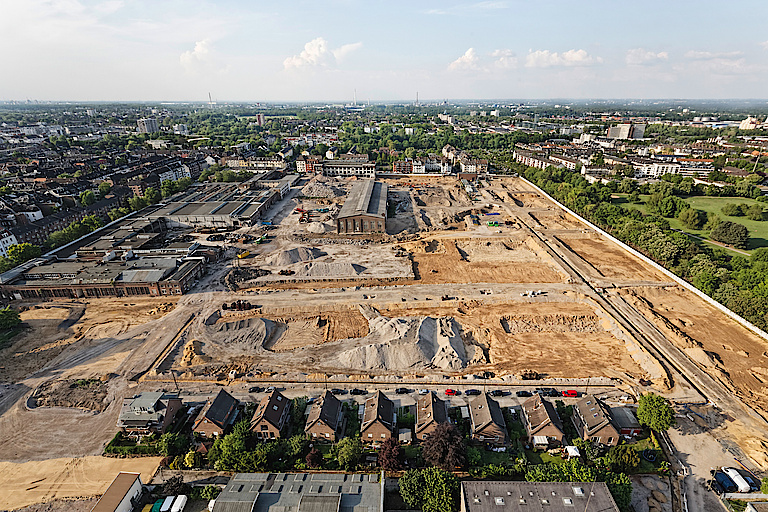 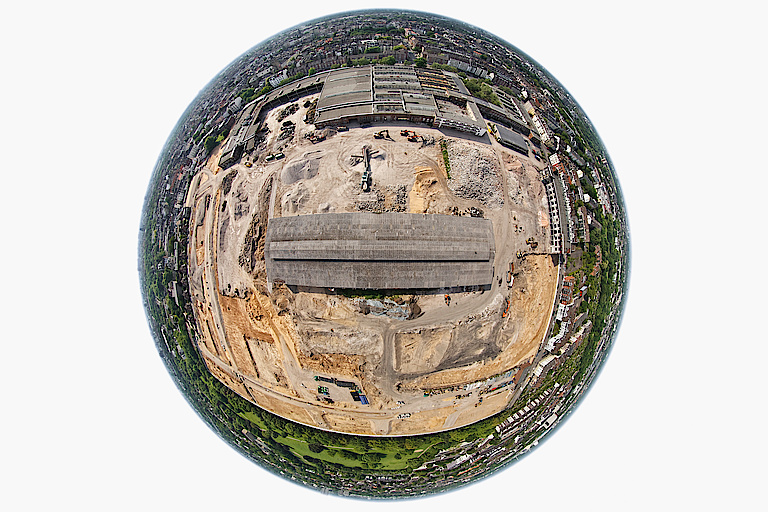 The Rheinische Gummiwarenfabrik, founded by Franz Clouth, wrote Cologne's industrial history for almost 140 years before production was shut down in 2005. And suddenly it was quiet on the company premises, which had led a life of its own for decades like a city within the city in the middle of Nippes. The city of Cologne acquired the 14.5-hectare site between Niehler Straße and Johannes-Giesberts-Park and launched an urban planning competition with the aim of turning the former industrial site into a new, valuable piece of the city: the Clouth Quarter.

The city of Cologne, which is now developing the site, decided to make the second-place design by Scheuvens + Wachten with Gerber Architekten the basis for the development plan, which became legally binding in 2009. This design is characterised by the fact that it builds on the existing structures and thus conclusively integrates the listed halls, enclosure walls and gate buildings into the new planning.

The site is now being developed by the urban development company moderne stadt. By the end of 2019, a lively and diverse quarter with around 1,200 flats, 500 workplaces, artists' studios and space for creative professions, gastronomy and attractive open spaces is to be created and become part of Nippes. A good mix will be ensured as a matter of course by the variety of players building housing in the form of townhouses, multi-storey housing - proportionally freely financed, low-priced or publicly subsidised - or as building groups.

The listed industrial buildings add a historical layer to this colourful picture. This is also the case with Hall 17, which will develop into the heart of the quarter with a mixed use of flats, commerce and gastronomy in an exciting scenario of old and new.