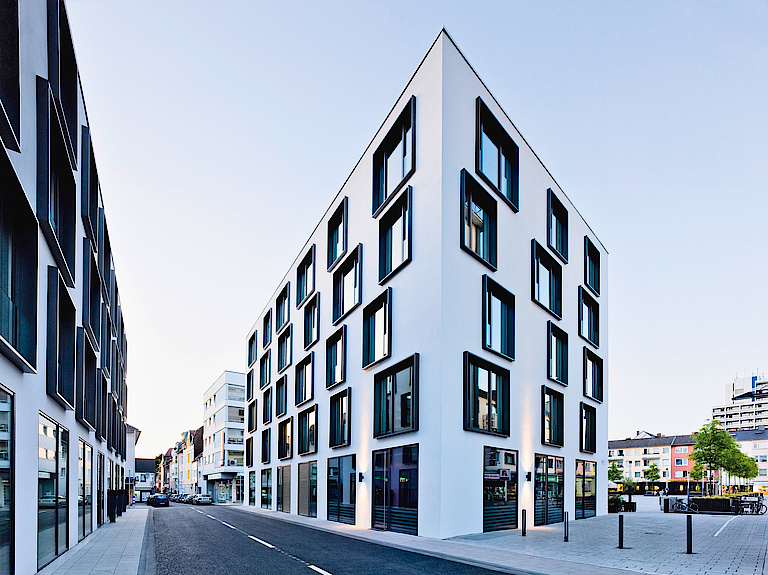 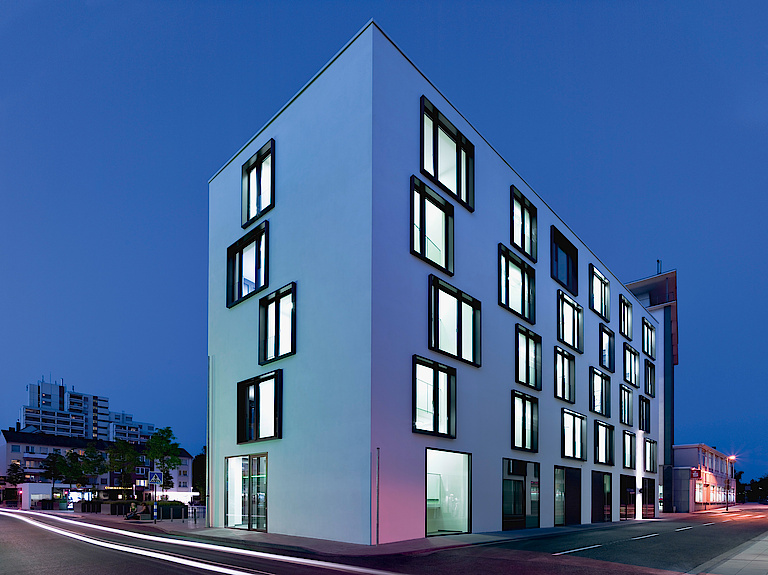 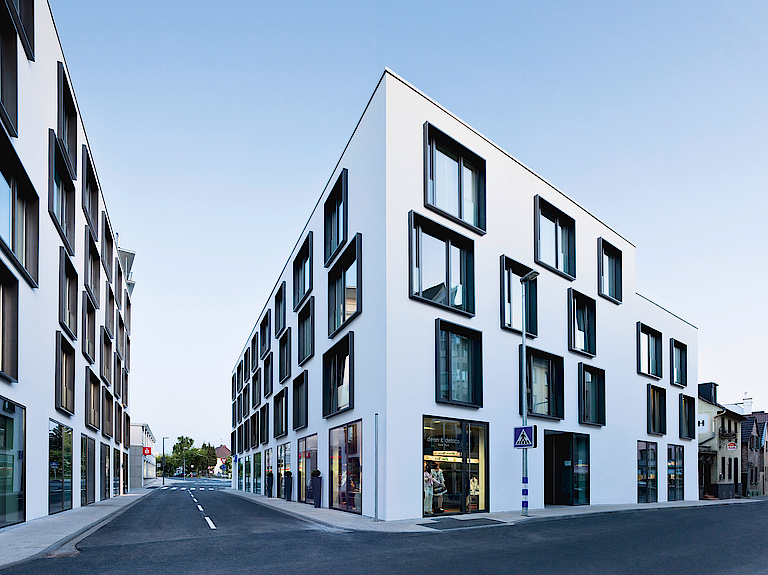 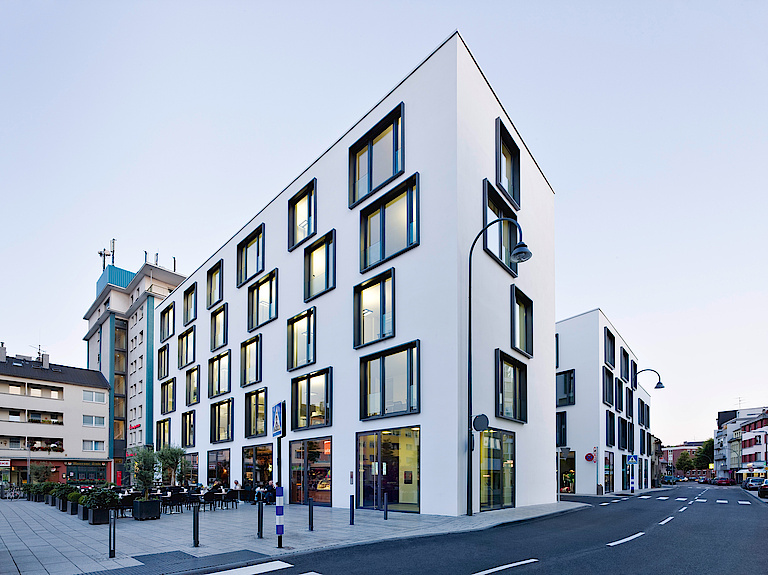 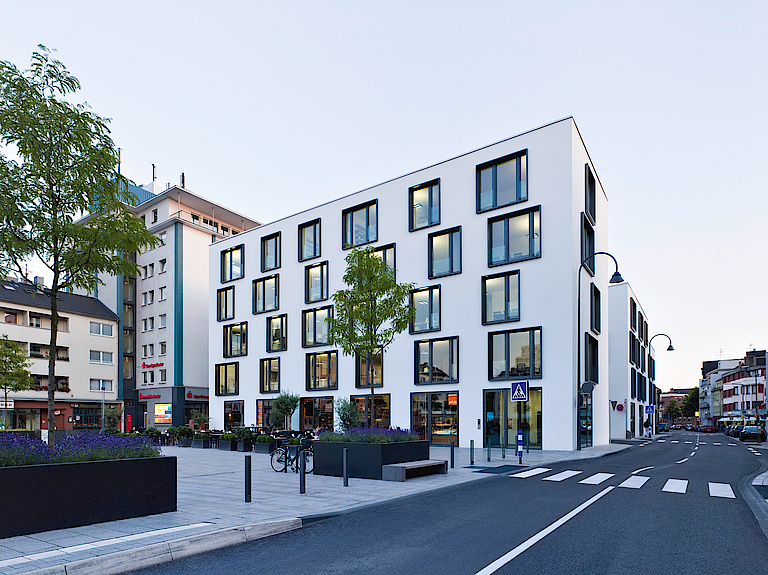 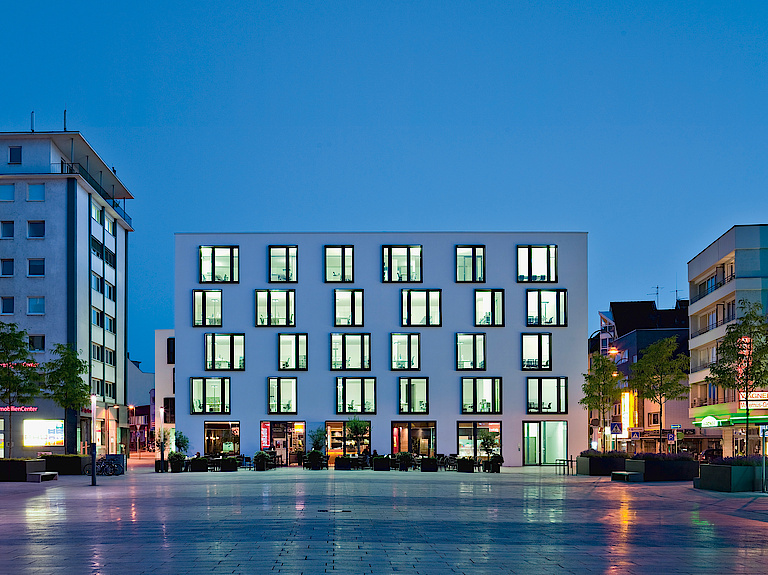 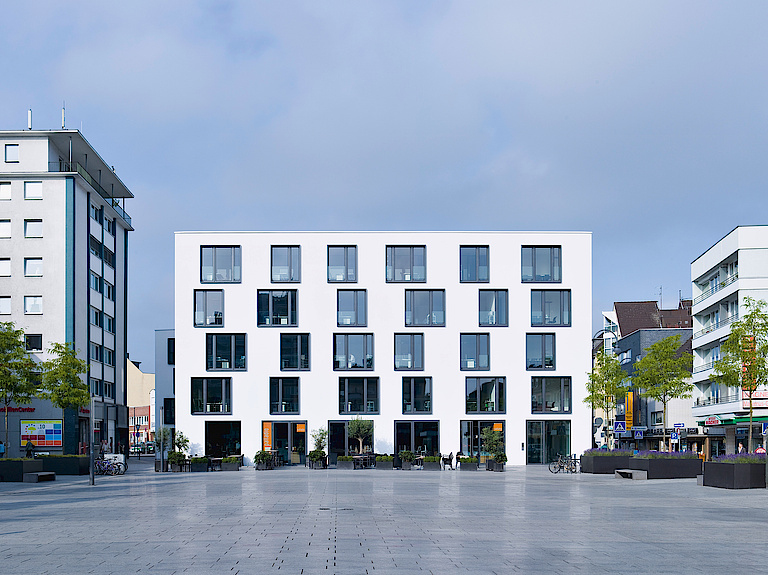 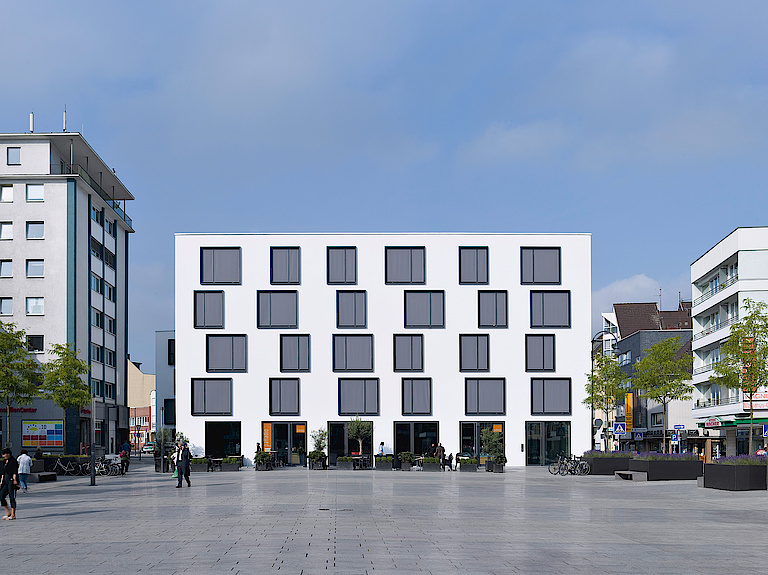 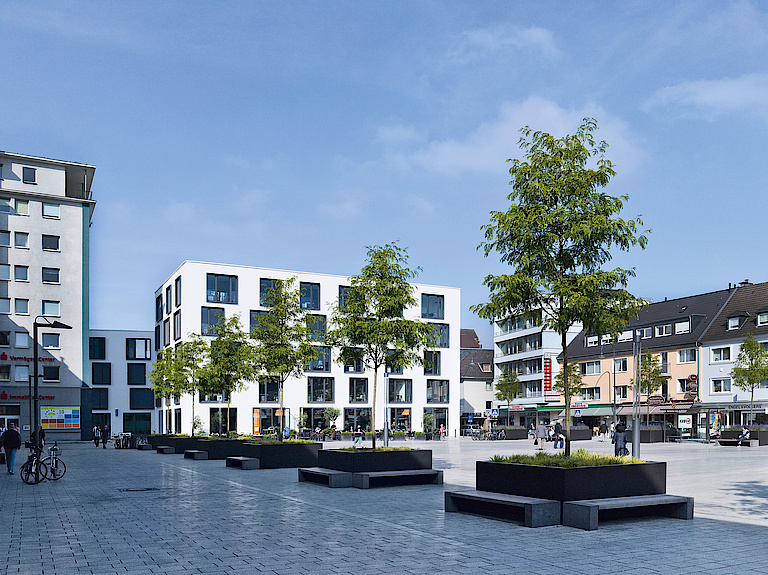 The object of the building project was, on the one hand, the upgrading of the Maternusplatz, which had long been used as a car park and was frayed in terms of urban development, and, on the other hand, the construction of a commercial building ensemble on its western side.

In the course of the redesign, the rectangular square in the heart of Rodenkirchen was given new paving, benches and geometric planting with gleditschias. The aim of the planning was to create a more universally usable urban place.

The commercial building ensemble consists of two parallel buildings. The five-storey building adjoining the narrow side of Maternusplatz gives it a clear spatial edge for the first time. The office of JSWD Architekten moved into its four upper floors in February 2009. In order for the building to assert itself within the heterogeneous urban environment, we decided on a simple structure with white plaster surfaces. Its neutral appearance, enlivened only by the large-format windows, is accentuated by anthracite-coloured reveals protruding 19 centimetres from the facade.