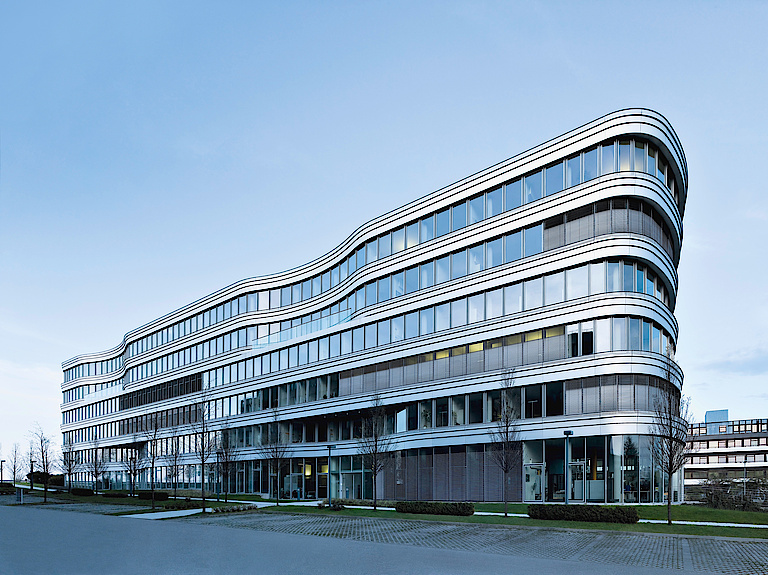 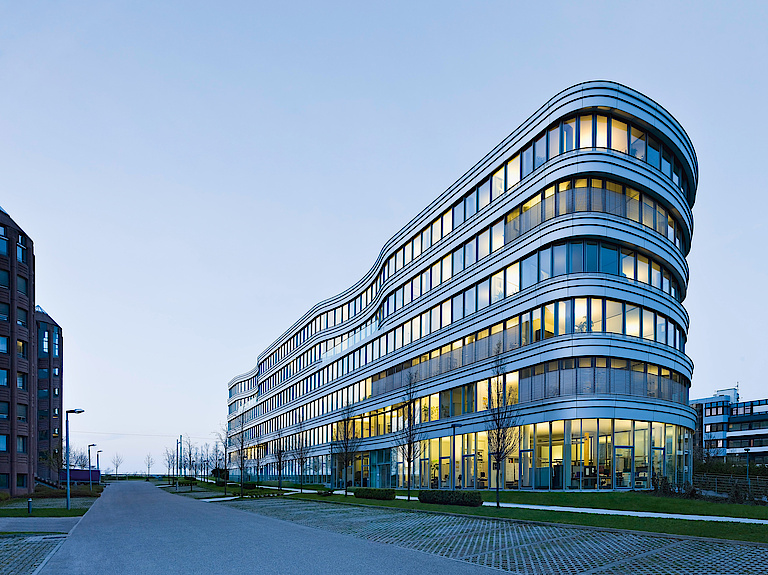 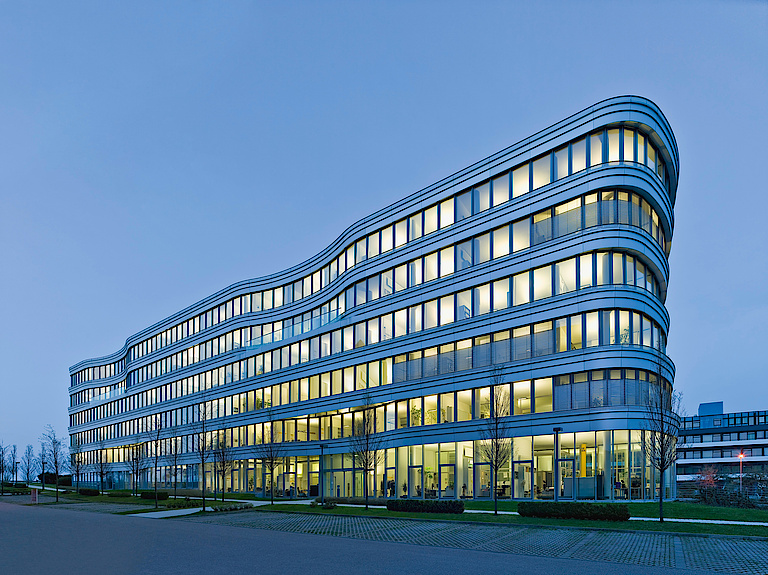 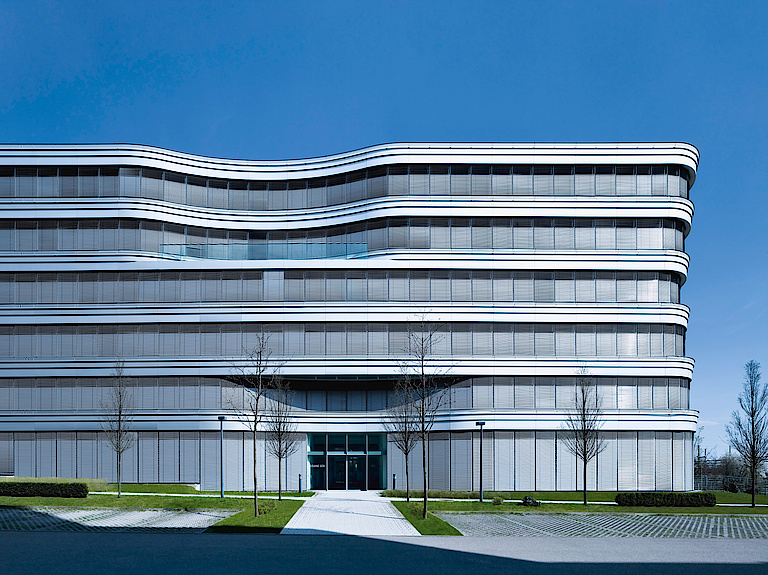 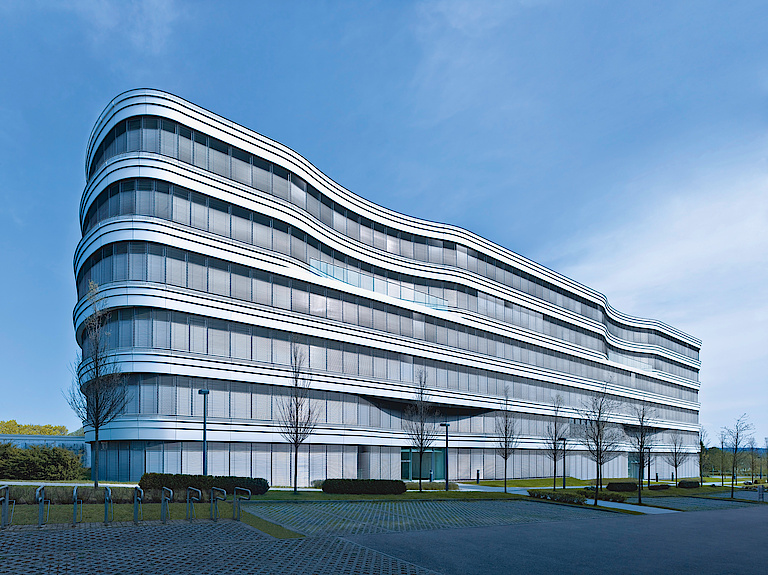 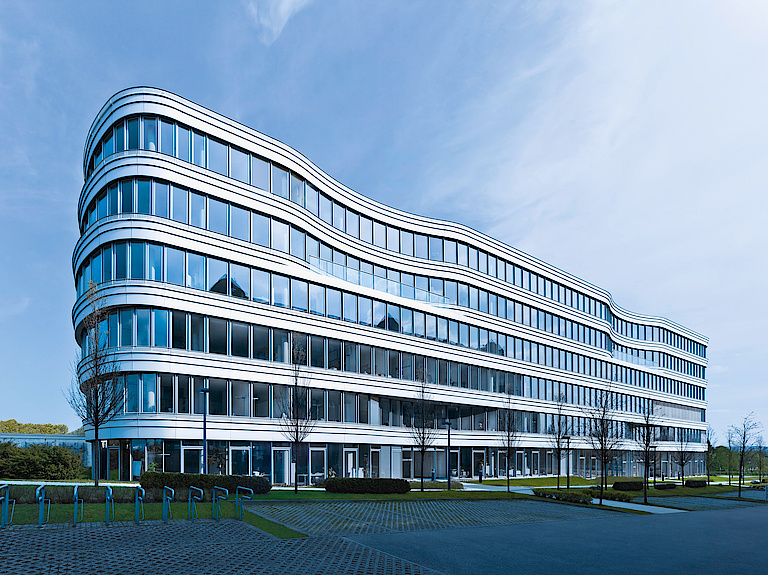 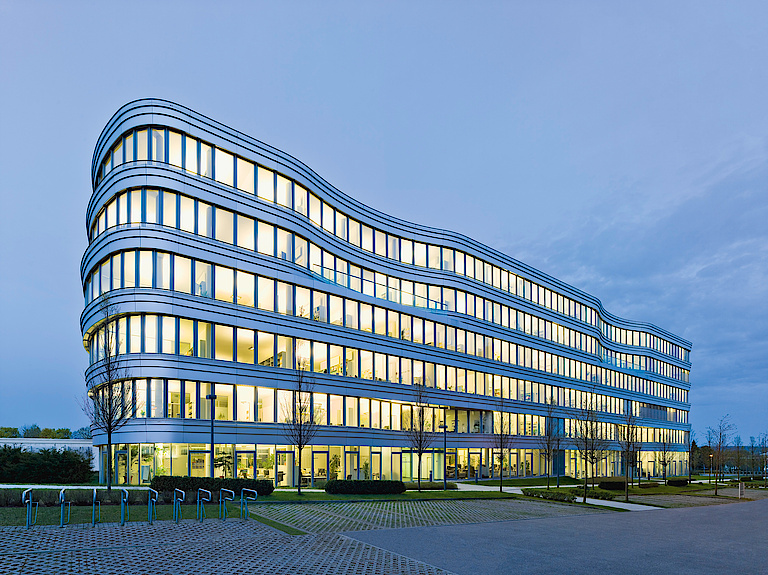 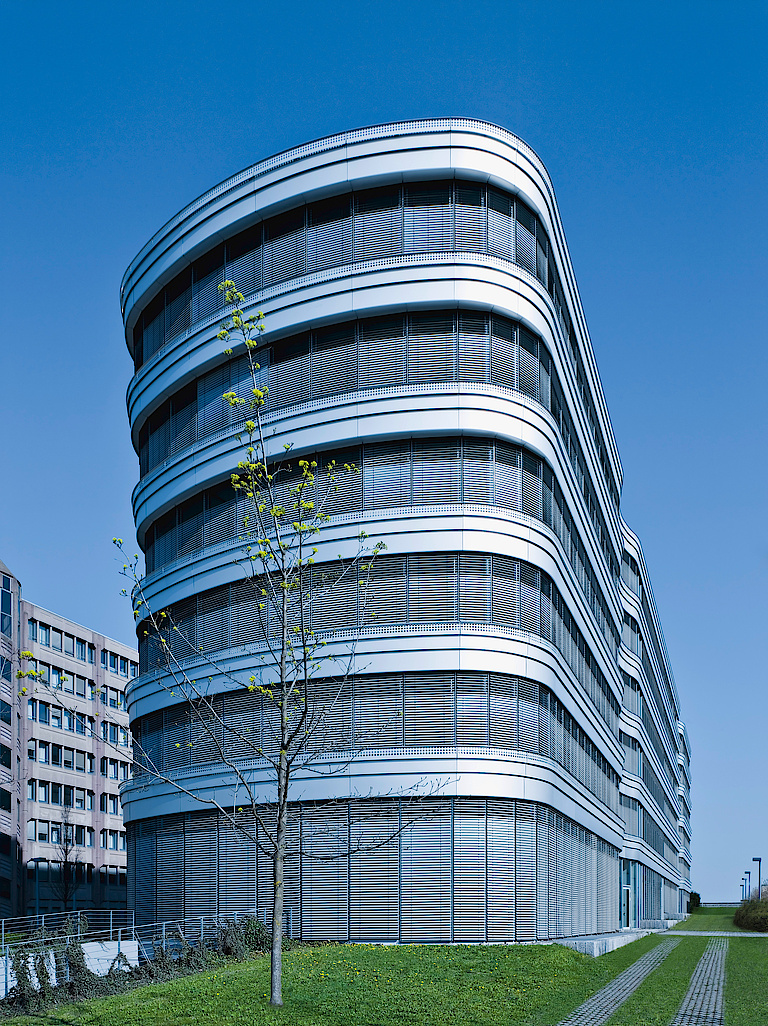 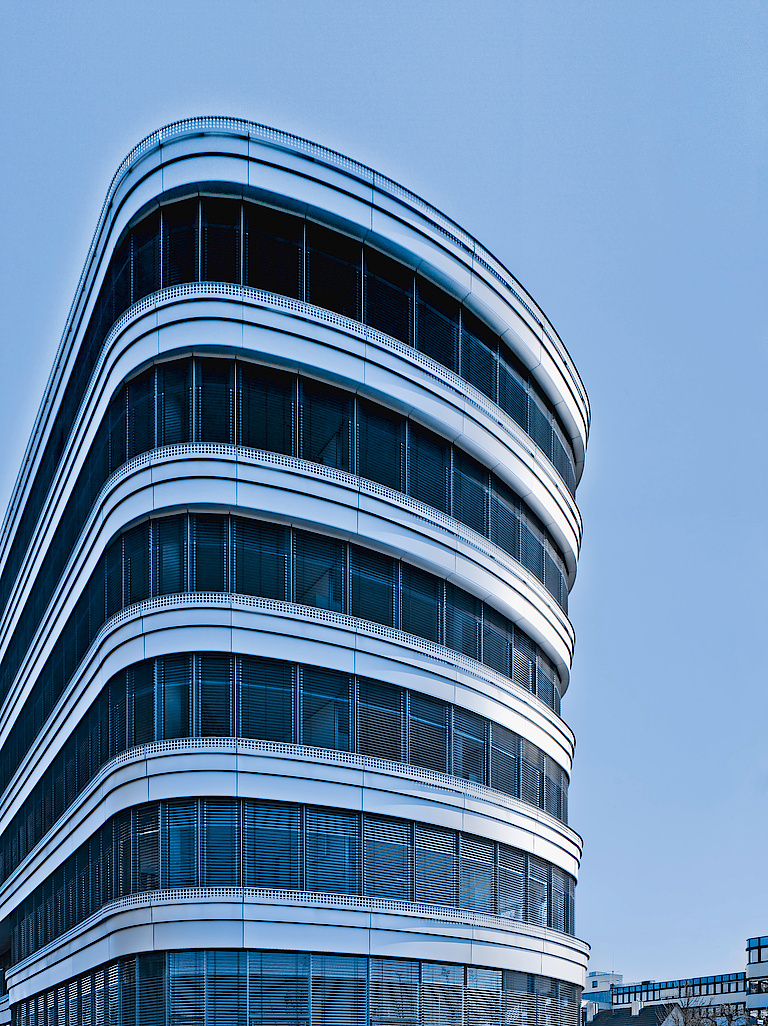 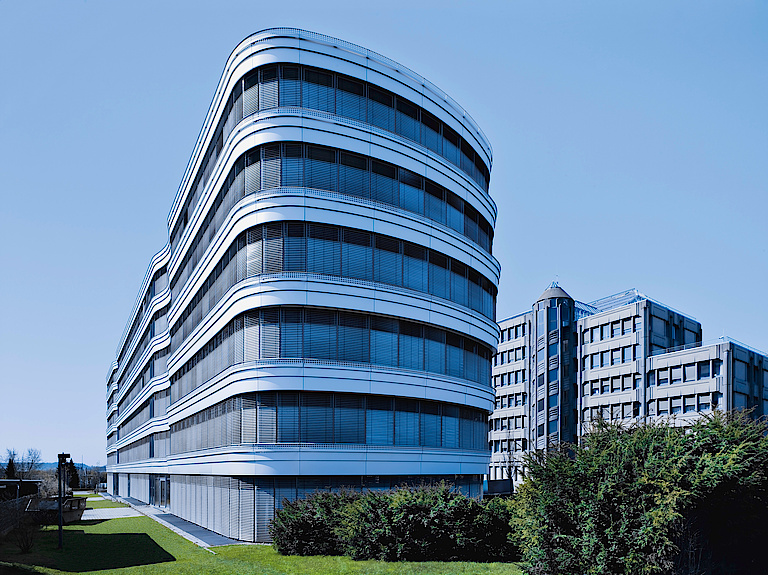 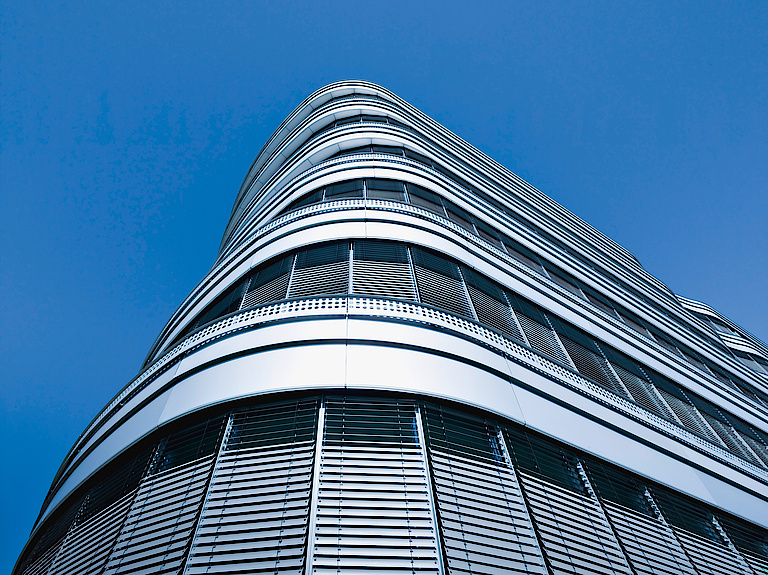 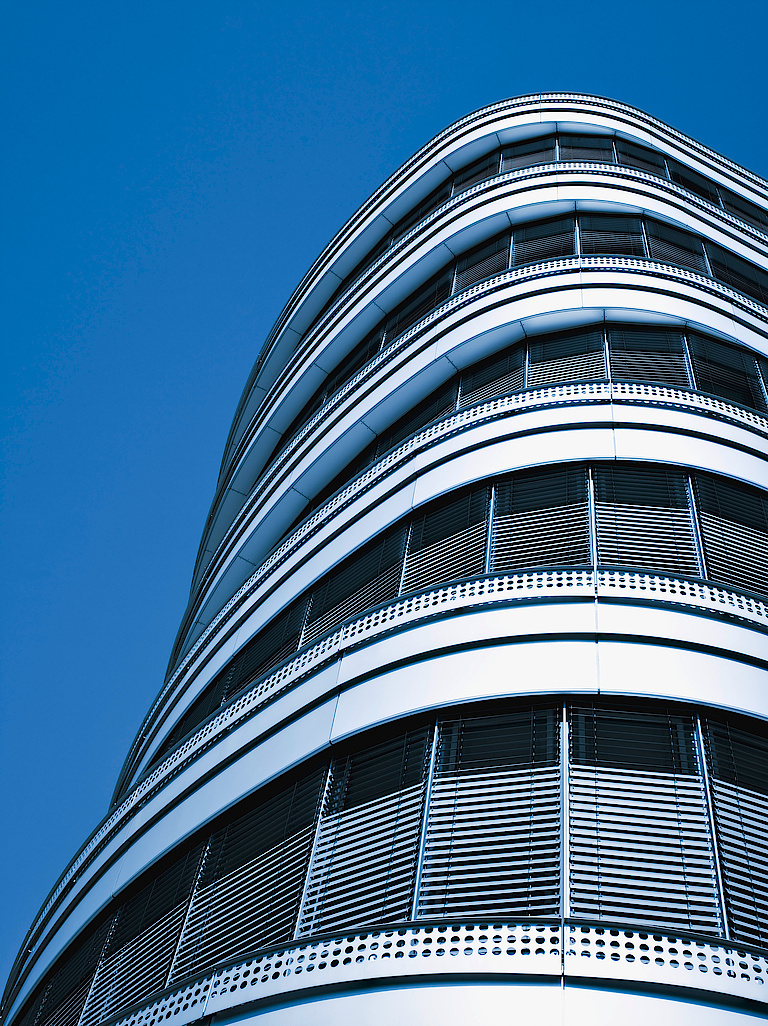 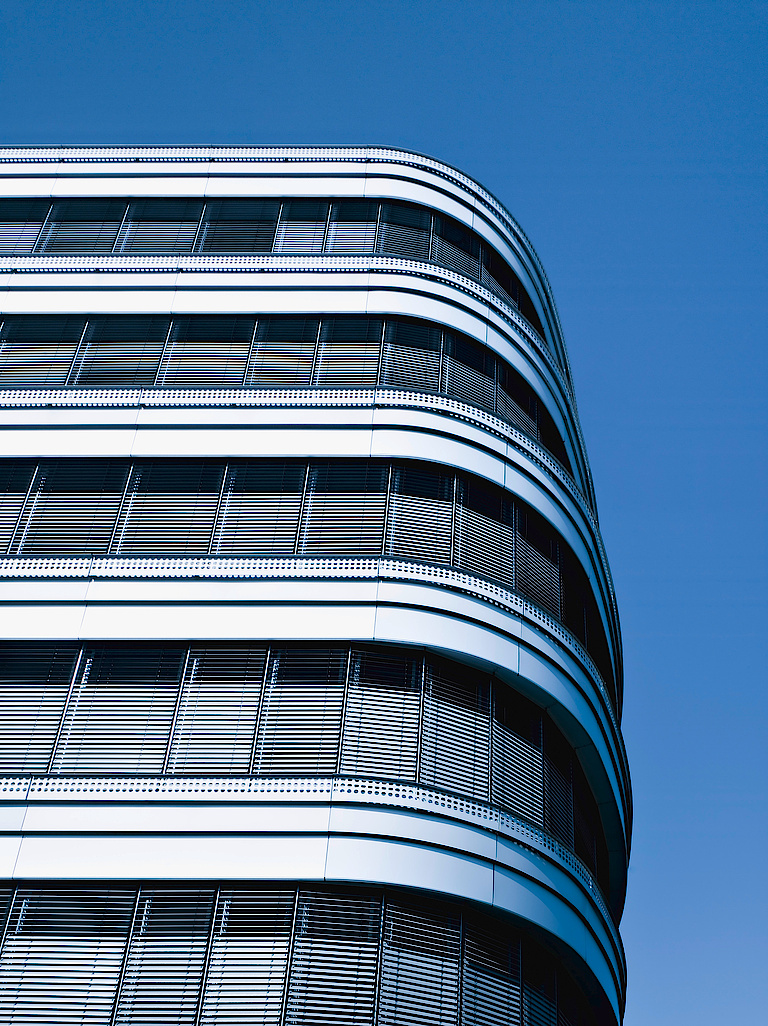 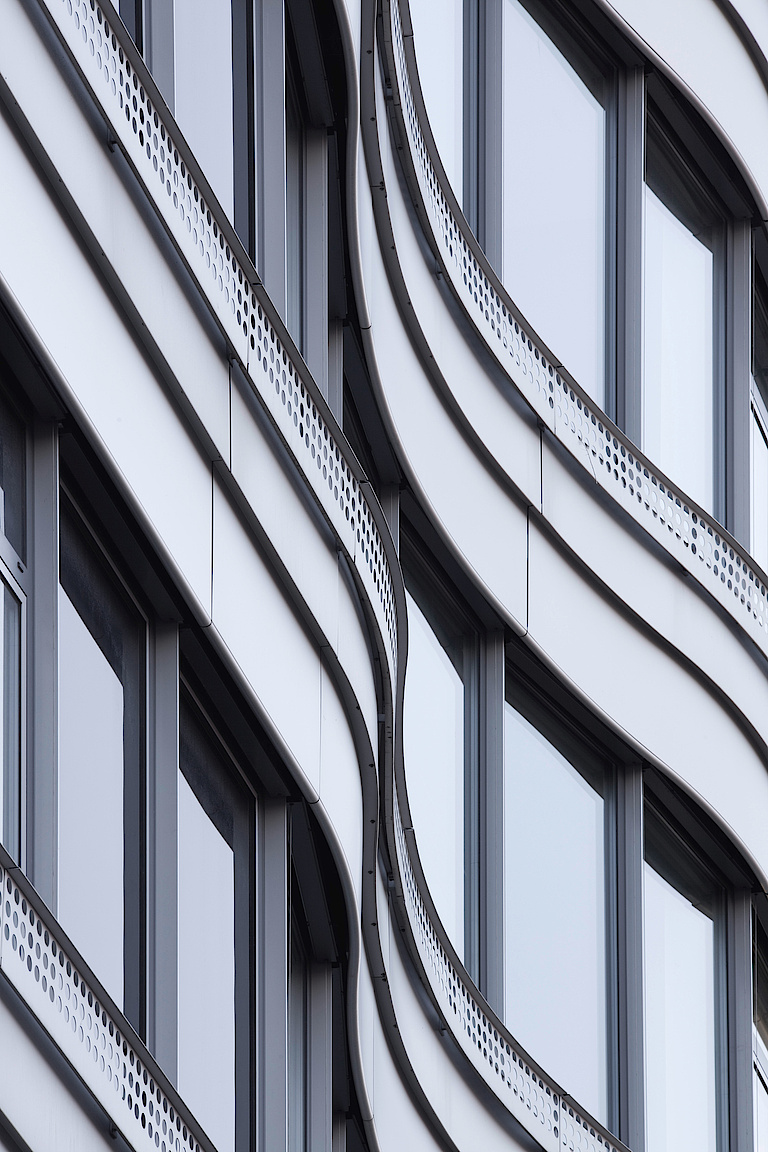 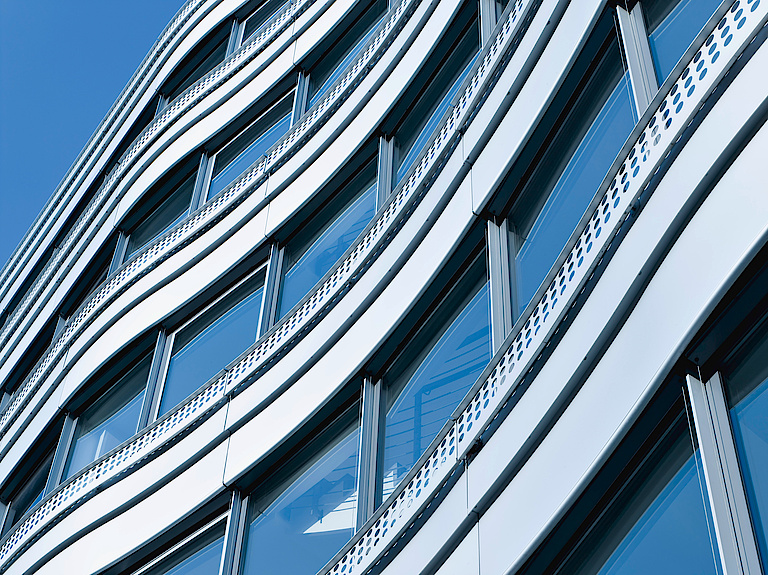 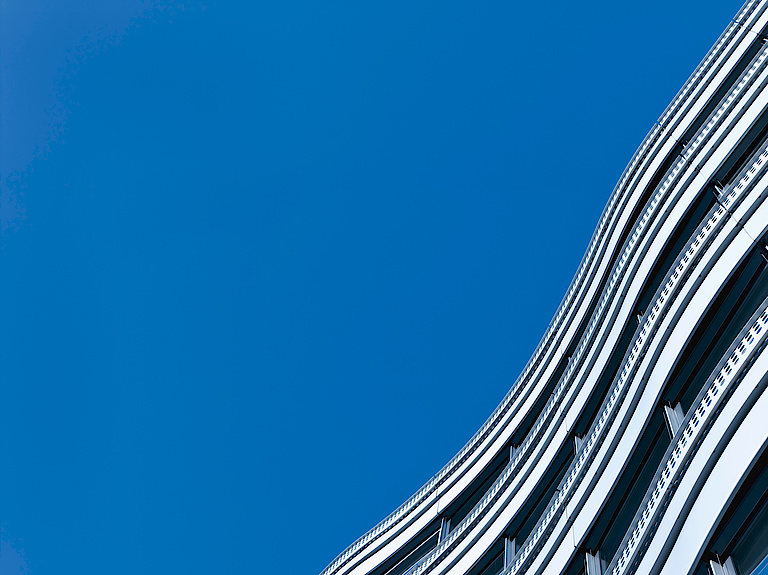 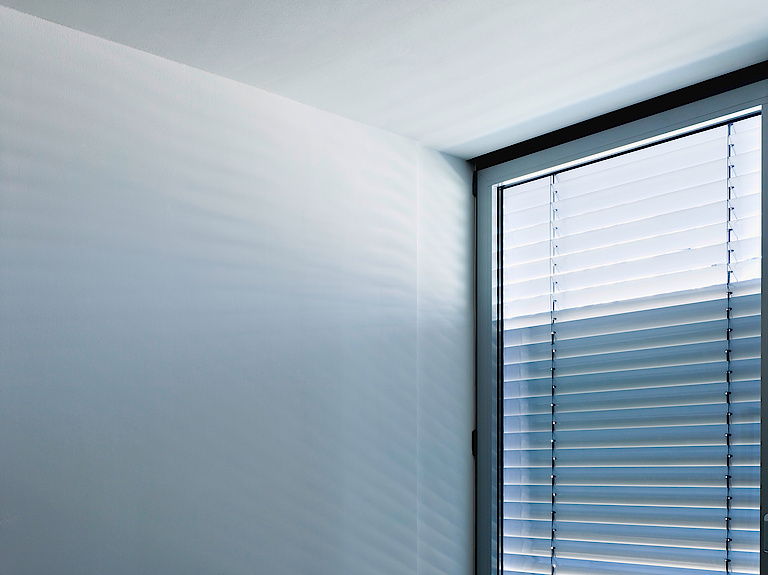 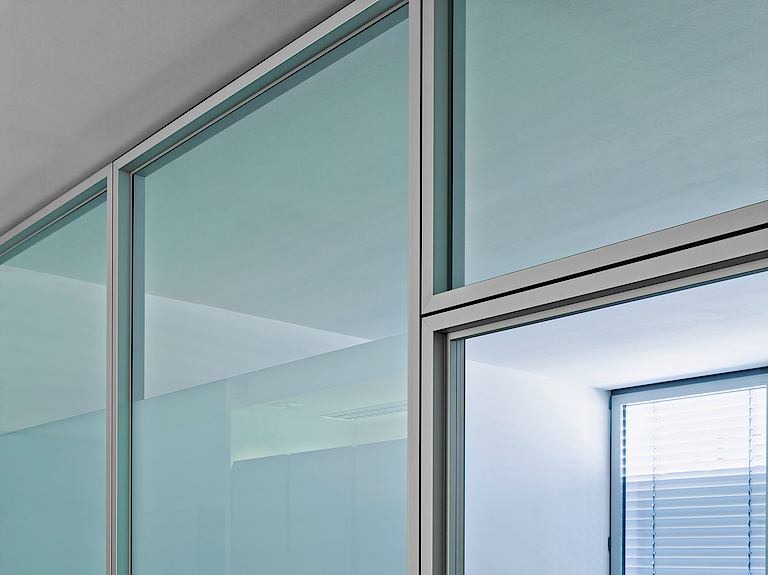 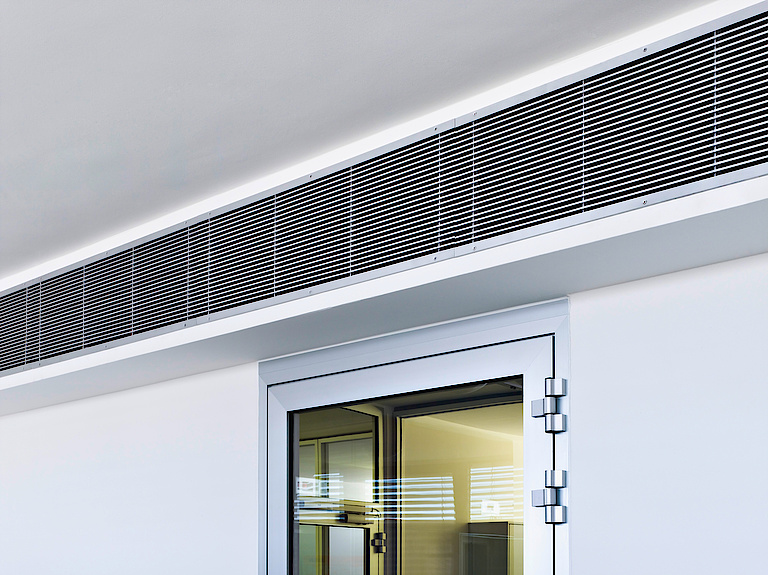 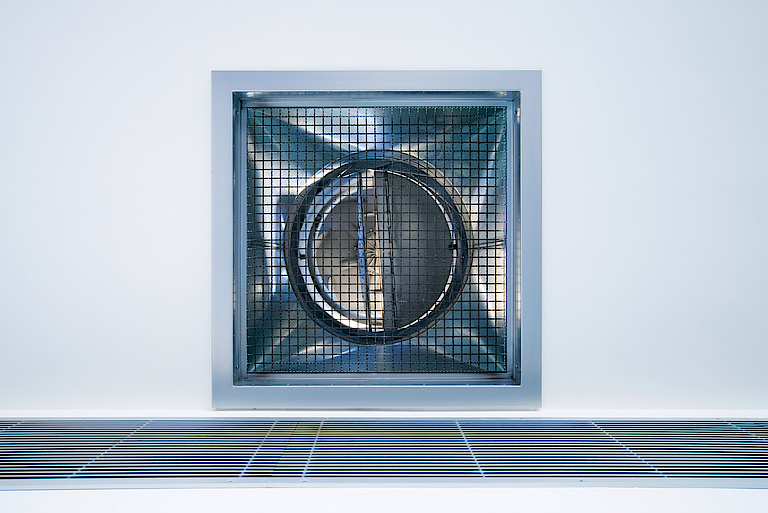 
South of the busy Vaihinger Strasse and surrounded by office buildings from the 1970s and 1980s, lies the headquarters of the construction group, designed by Gottfried Böhm and occupied in 1984. The extension, built seventeen years later, is located on the east side of the building, which is immensely striking due to its atrium and its four reddish façades with industrially fabricated parapet panels and window mullions. Although this architecture willingly takes up the proportions of its large neighbour, it goes its own way in forms and colours, in materials and construction.

That the view leads along the horizontal bands - layers of alternating glass and aluminium - in a single movement without edges and corners around the entire building; that the long sides of about 94 metres offer a kind of soft undulation; that one concave element each emphasises the north and south entrances and the two staircases; that the narrow sides of about 14 metres curve towards the viewer; that their stripes first recede and then project from the bottom to the top: All this is a reduced, concentrated dynamism in the tradition of an Erich Mendelsohn.

Despite its ephemeral appearance, the façade contributes significantly to saving energy. Since four-fifths of the matt shimmering outer skin is made of glass, a type that ensures high thermal insulation was chosen for the window panes. Behind the partially curved panels of the cantilevered parapets is a 10-centimetre-thick layer of rock wool.

One enters the house from the west; both entrances lead through a bright hall onto a spiral staircase with a staircase eye in the form of a widely stretched ellipse. The six floors provide space for the workplaces of about three hundred and fifty people. There are territorial and non-territorial workplaces, but individual and group offices predominate. Switches allow windows and blinds to be opened and closed individually. The flat ceilings do not require a joist or suspension, so that they can serve as a heat and cold storage mass for the stability of the internal climate. To avoid disturbing reflections at the workplaces, artificial lighting is primarily provided by floor lamps.

The floor plans are designed in such a way that it would be possible to rent out parts of the building. The depth of the building of only 14 metres and the 5.4-metre grid of columns allow the central zone on each floor to be used not only as a corridor, but also for other purposes, such as filing papers or meetings between colleagues.